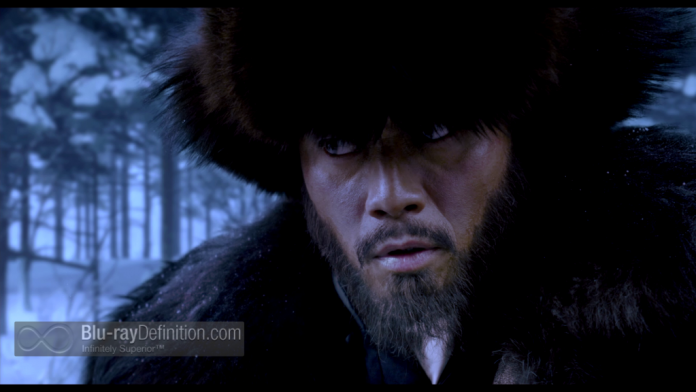 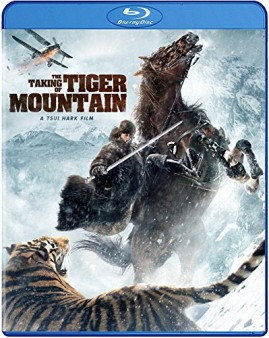 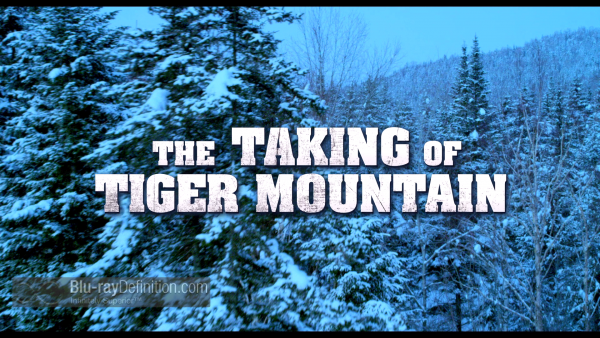 Based on the Qu Bo novel Tracks in the Snowy Forest, The Taking of Tiger Mountain from director Tsui Hark ran in China in 2014 as a big 3D blockbuster (only a 2D version is available on Blu-ray from Well Go USA), becoming the 10th highest grossing film in Chinese history.

Set just after the Japanese surrender in World War II while a civil war has begun to rage in China, the film follows a captain of the PLA (People’s Liberation Army), 203 (Lin Gengxin), in Northern China as he launches an attack against the ruthless local bandit, The Hawk (Tony Leung Kai-Fai), who rules over the area from his impenetrable fortress on the icy Tiger Mountain. The captain’s plan involves some subterfuge, using a spy, Yang Zirong (Zhang Hanyu), to infiltrate and help destroy the gang from the inside.

While Tony Leung Kai-Fai’s character The Hawk may be rather hammy – almost like something out of a graphic novel – and the editing is at times a little confused, jumping around a bit too much, The Taking of Tiger Mountain is an exciting film that excels on multiple fronts. Put aside the completely unnecessary prologue set on New Year’s 2015 (I’m still perplexed as to why this is included), and the film, apart from being a little too long, is the perfect popcorn actioner. It has gorgeous scenery, a good balance of action, thrills, and comedy. The only thing missing is perhaps a more fleshed out love story to tone down some of the testosterone. 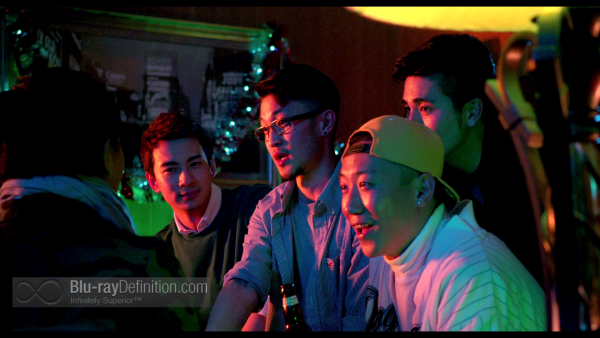 The Taking of Tiger Mountain is an HD production shot on the Red Epic with Zeiss Master Prime, Ultra Prime and Angenieux Optimo lenses. The film ran in China in 3D, but Well Go has only made it available in a 2D Blu-ray edition. It looks excellent on Blu-ray in this AVC 1080p encodement that provides very sharp detail and fantastic color reproduction that divides itself between cooler wintry tones of the outdoors and warm, rich midtones of the indoors. No color banding can be seen and very little video noise mars the image. 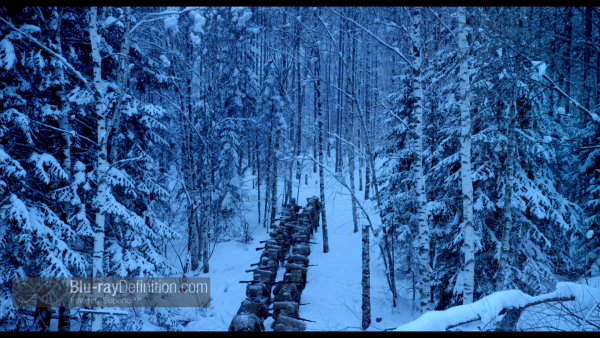 The Mandarin DTS-HD Master Audio 5.1 (48kHz/16-bit) is aggressive, yet balanced, filled with solid effects and lush ambience in the surround channels, wide stereo panning of foley effects, and clear dialogue. The low end is beefy during the action sequences and the score is nicely balanced in with the rest of the sounds. 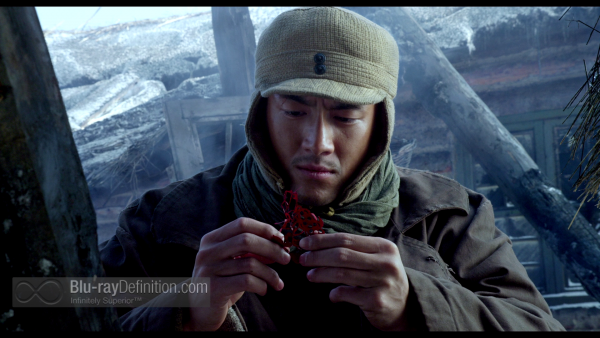 The extras are barebones, offering only some interviews with cast and crew and the theatrical trailer. 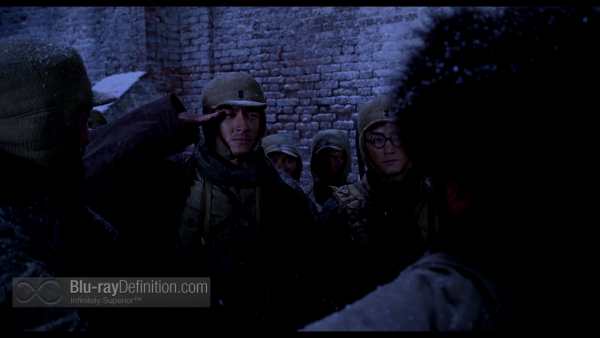 A fantastic spectacle, particularly the final act, The Taking of Tiger Mountain is a flawed but enjoyable time waster that looks beautiful and gets the heart pounding. 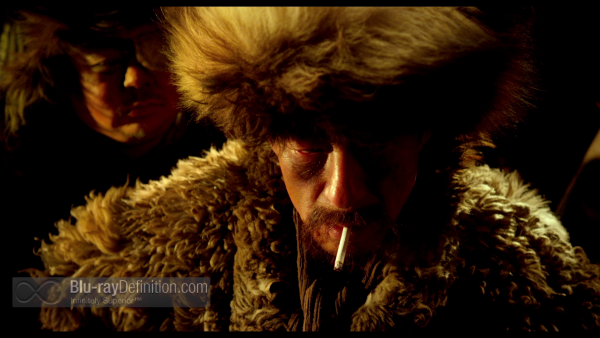 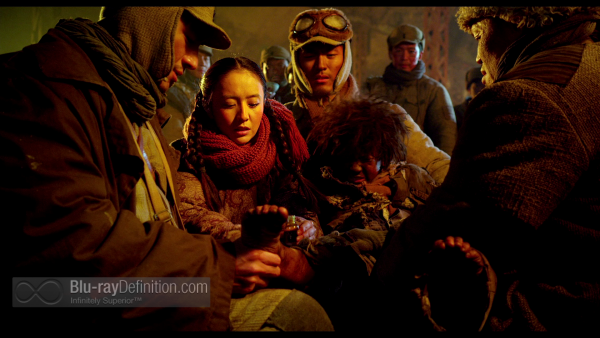 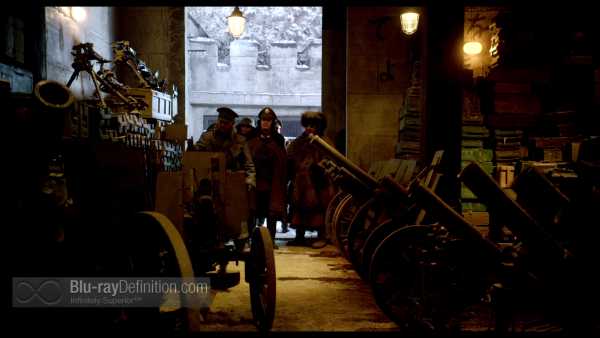 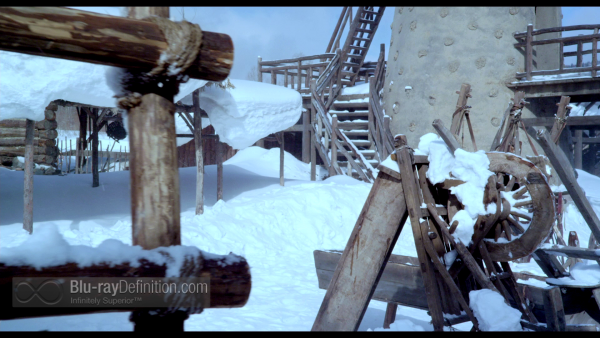 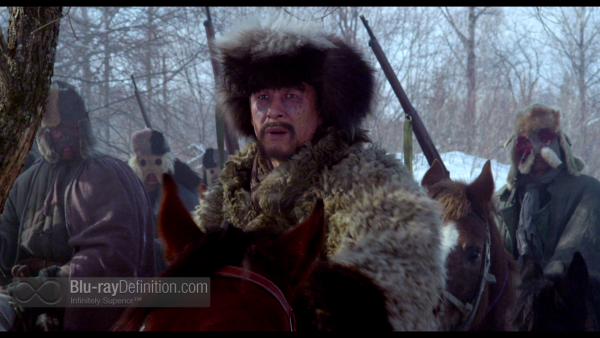 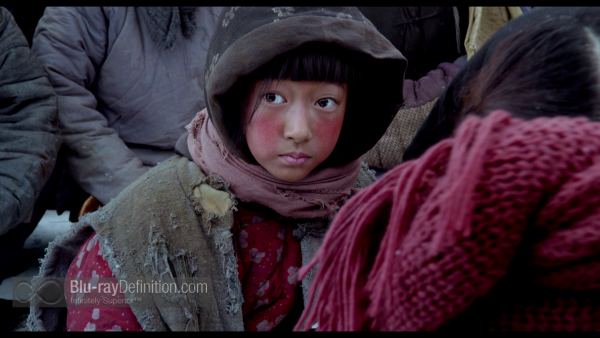 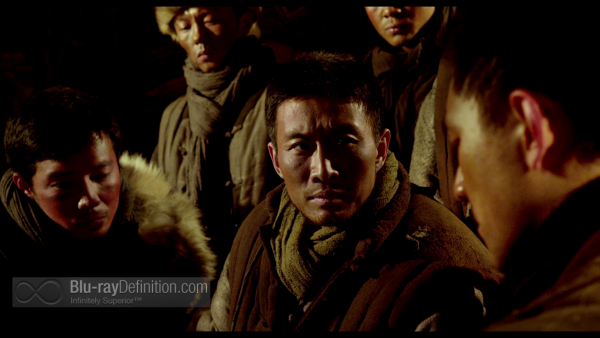 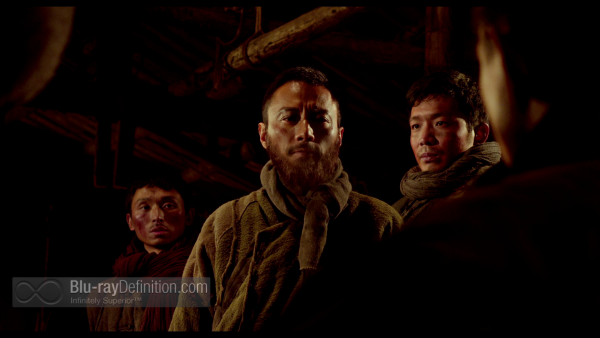 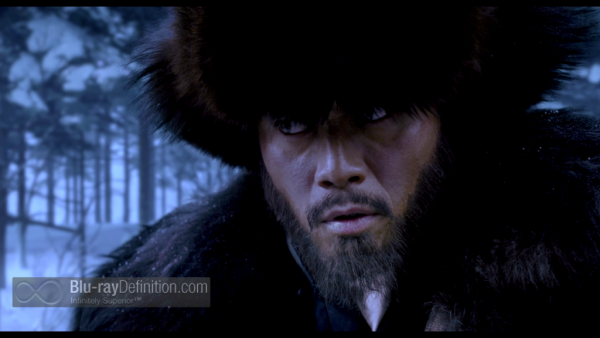 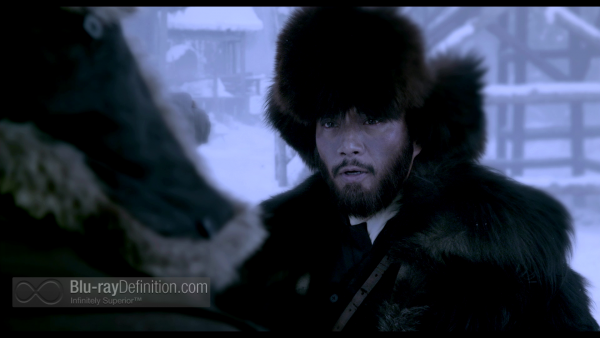 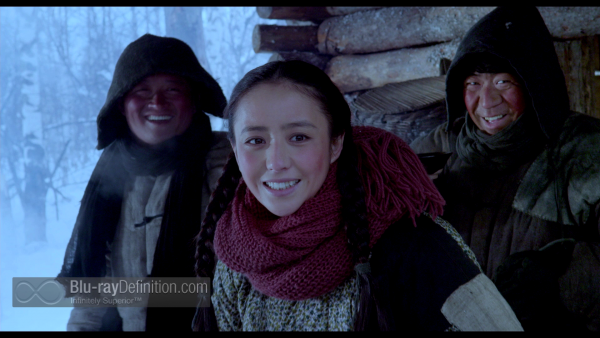 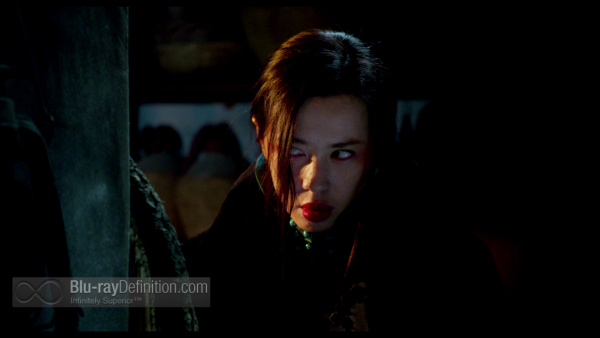 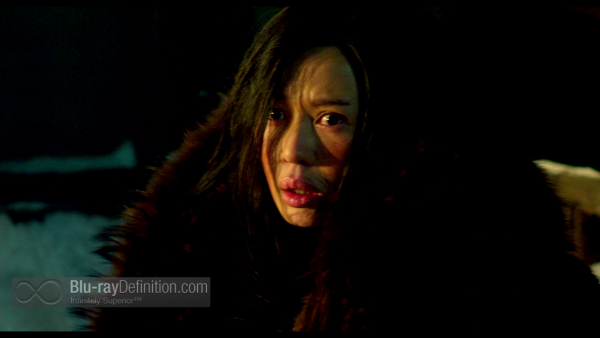 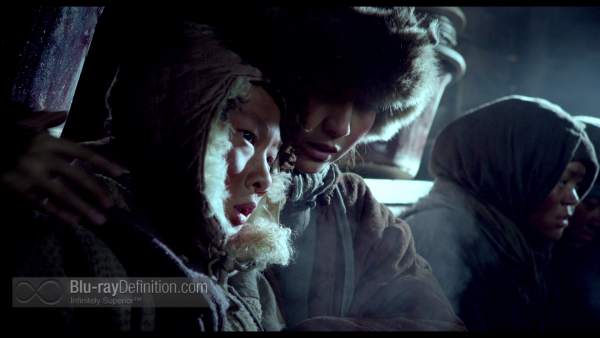 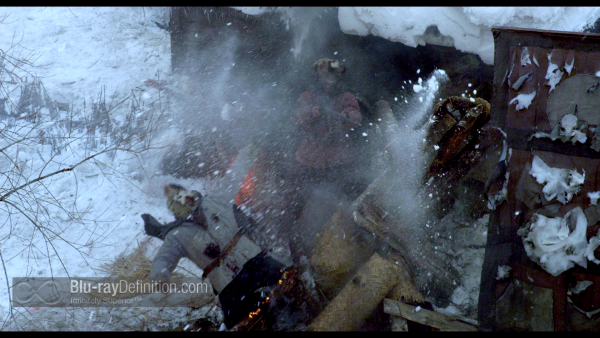 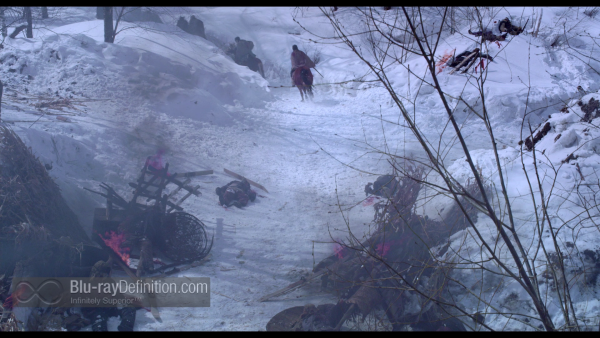 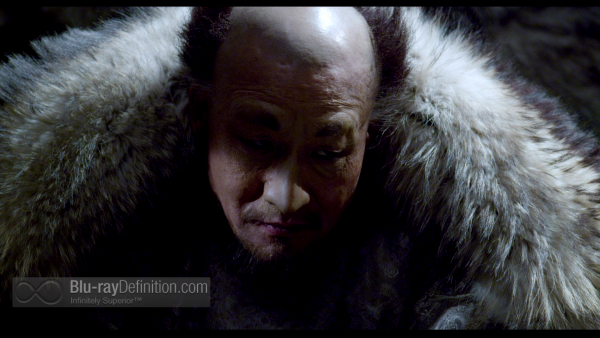 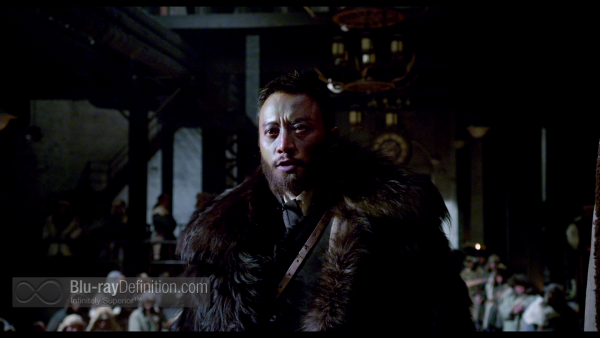 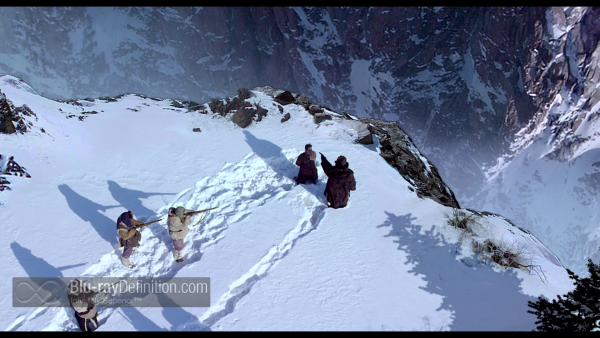 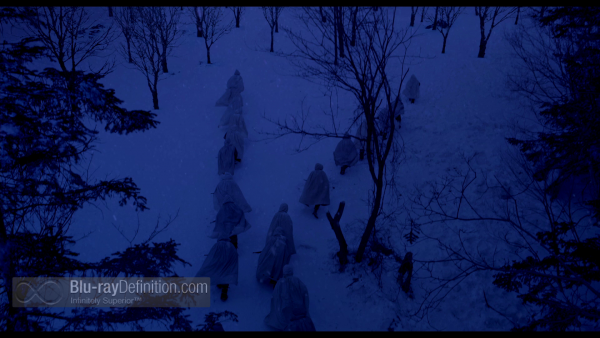 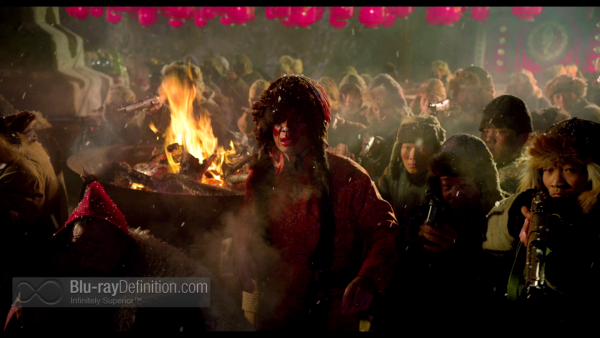