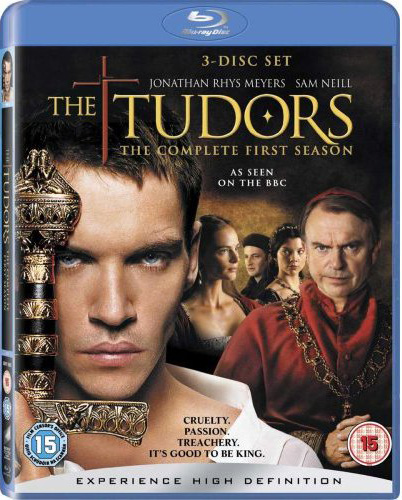 In the 16th Century, England was coming off of a long a bloody civil war between two rival ruling houses, what would become known as The War of the Roses. This violent rift between the Houses of York and Lancaster to ascend to the throne would finally be settled when King Henry VII from the Welsh House of Tudor, aligned with the Lancastrian house, would ascend to the throne and marry a daughter from the House of York, thus solidifying his rule.

Henry VII second oldest son would eventually ascend to the throne, due to his eldest son’s death. It is this son that would become the infamous Henry VIII that this series, The Tudors focuses on. Today, the prevailing image of Henry VIII is one of the moribund, sickly, monarch; gnawing on legs of lamb and chopping his wives’ heads off.  In fact, Henry in his youth was healthy, spry, and athletic — very much the ladies’ man and the charmer. This is the Henry VIII we find in The First Season of The Tudors, a young sprightly Henry, strong willed and ruling his country at one of the most important times in its history. 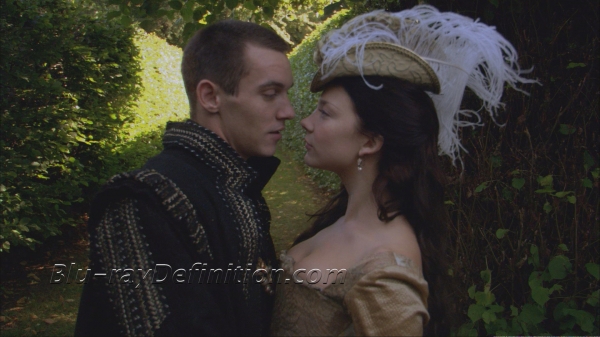 The Tudors: The Complete First Season, naturally, focuses on Henry VIII’s (Jonathan Rhys Meyers) “great matter,” which is his eventual divorce from his first wife, Catherine of Aragon, and his subsequent affair and marriage to the Lady Ann Boleyn (Natalie Dormer).  It was a great matter indeed, for Henry’s standoff with the Pope, Catherine refusal to grant an annulment, and Cardinal Wolsey’s (Sam Neill) inability to sway Rome to rule in the King’s favour would lead to one of the largest religious upheavals in history, the eventual loss of Rome’s power of England, and the creation of The Church of England.

When Showtime first announced The Tudors, the skeptic in me immediately saw it as nothing more as an answer to HBO’s Rome, and, I suppose, in some ways it could be seen as such. It is difficult to deny the similarities — the historical settings, the intrigue, the sex, the assignations — but the Tudors is so much more.  The Tudors has taken this much-misunderstood period in English history and created something new for a modern audience.

What makes The Tudors First Season even more compelling, is that, unlike HBO’s Rome, The Tudor’s producers never sway very far from historical fact. Of course, there is always some room allowed for artistic license, but the amazing thing is, that much of the characters and events that appear in the series are well documented and recorded. That The Tudors is so anchored in real history and still plays like a soap opera is both telling of the era upon which it is focused and of the talents of the show’s creators.
Spanning three-discs, this truly multi-national series of Canadian, Irish, and US production filmed in Ireland will leave you at the edge of your seat, hardly able to wait to pop in each next disc. Reaching the end will leave you both saddened that it’s finished and exhilarated; highly recommended. 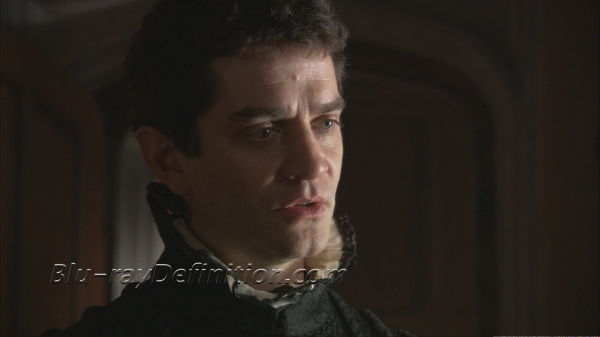 The Tudors is originally shot in high definition on a Sony HDW-F900 camera at 1080p/24, which makes for an unusually film-like picture quality than is usual for high definition productions. Rather than a clean, glossy sheen, The Tudors has a more organic look, with video noise that looks more filmic than harsh and electronic.

The AVC/MPEG-4 transfer adds no unwanted side effects to the lavish production, whilst flesh tones and contrast are all set perfectly. Black levels are deep and inky, with relatively good shadow delineation, but there is some occasional trouble with black crush. Detail is sometimes softened a bit by the video noise, particularly in background shots, but close-ups show a high level of detail in faces and clothing and the elaborate patterns of jewelry in the period costumes. 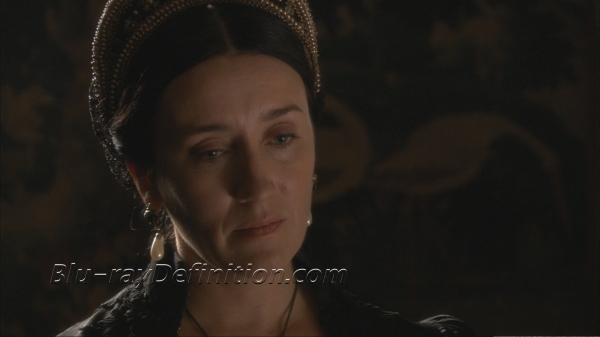 The Tudors: The Complete First Season is granted two audio options in this BD incarnation, English PCM 5.1 (48kHz/16-bit) and Dolby Digital 5.1.  Quite surprisingly for a television series, The Tudors‘ PCM soundtrack has a lively mix with its surround channels always filled with ambient effects and atmospherics, such as the crackling of a fireplace, footsteps down a corridor, or the chatter of the people at the King’s court. The series’ dialogue is clear and full in the centre channel, showing no signs of clipping and it is always intelligible.  This is a very fine audio track that is surprisingly unhindered by the limitation of its 16-bit bit-depth. 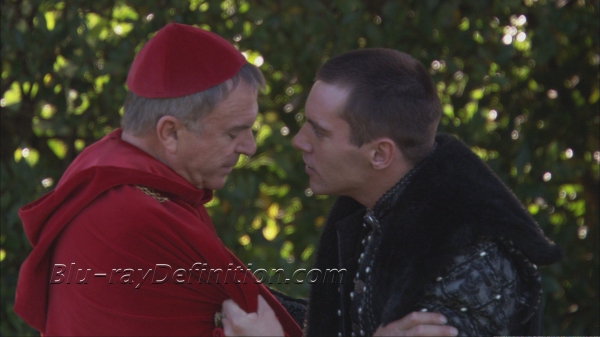 This first season of The Tudors on BD is hardly a windfall of supplemental materials. The only extras offered are some interview segments and trailers on the set’s last disc that at least offer some more time the show’s stars. 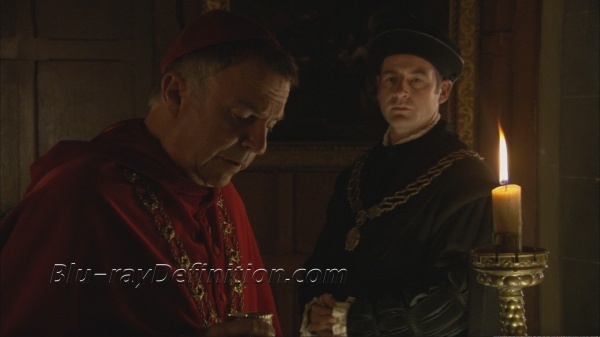 This is a fascinating period in not only English history, but Western history in general. The Tudors: The Complete First Season is thoroughly addictive television and this Blu-ray release truly does the lush sets and immersive sound great justice.