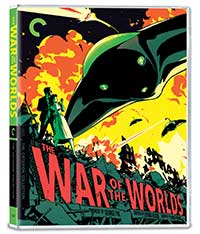 H.G. Wells’ classic science fiction novel The War of the Worlds had been sitting around optioned by Paramount stretching back to the silent era. Originally intended to be handled by Cecil B. Demille, the film was finally directed by Byron Haskin with much help by special effects guru George Pal. 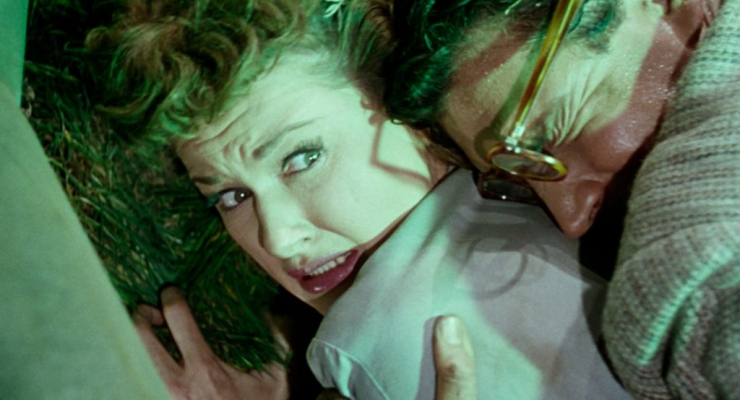 This digital 4K restoration was created in 4K resolution on a DFT Scanity film scanner from the original three-strip Technicolor negatives. Thousands of instances of negative and positive dirt, stains, scratches, streaks, hairs, and emulsion digs and several misregistrations of the YCM film elements were manually repaired using MTI Film’s DRS and Digital Vision’s Phoenix. The film is framed in its original 1.37:1 and encoded in AVC 1080p on Blu-ray from Criterion.

This restoration has been available in a true 4K version with Dolby Vision HDR digitally for a long time and there, one can truly see the full potential of the original Technicolor with the wider color gamut, but this Criterion Blu-ray release is no slouch in comparison. The colors still ‘pop’ brilliantly and we get inky blacks and gorgeous contrast. The grain looks filmic and organic, thinly layered, providing crisp detail.

If you’re an originalist the LPCM mono mix will suite you just fine despite its limited dynamics and somewhat muffled, boxy sound. The new 5.1 mix offered up in DTS-HD Master Audio, is bigger and atmospheric, but maintains authenticity by using the original library of sound effects.

The Criterion Collection include a superb collection of bonus features for this release including superb interviews with Craig Barron and Ben Burtt and the infamous Orson Welles radio play.

For cinephiles and sci-fi fans alike, this Criterion release is a must-have. It’s one of the best-looking releases of a catalogue title I have seen. Period.

The War of the Worlds is out on Blu-ray & DVD July 7, 2020 from Criterion Collection