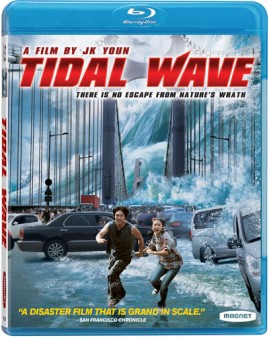 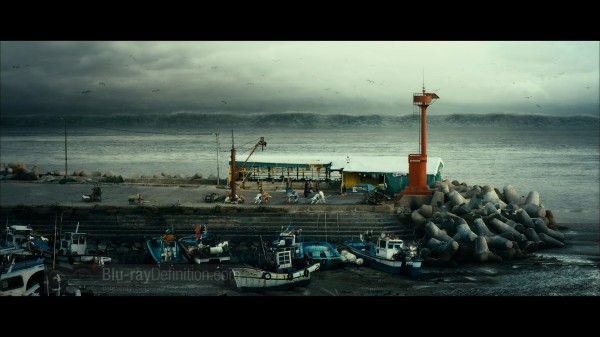 Writer/director JK Youn’s 2009 film Tidal Wave (Haeundae, in its native South Korea) became a phenomenon in its native land. It featured the largest budget for a film ever in the country’s history ($11 million) and was billed as Korea’s first ever disaster movie. The movie featured special effects by Polygon Entertainment, the same CGI team responsible for such Hollywood blockbusters as The Perfect Storm and The Day After Tomorrow and employed visual effects supervisor Geoff Heron (Pirates of the Caribbean trilogy, Transformers, Terminator Salvation).

With such a team behind it one would expect the usual Hollywood big budget action flick to unfold on the screen, but Tidal Wave is a disaster flick of an entirely different sort, and not necessarily in a good way. While it is true that most Hollywood action films are sorely lacking in character development and, well, an actual story that extends beyond the setup for the next big explosion, Youn’s film spends the entire first hour of its 2-hour running time setting up its characters with hardly any action at all. There would be nothing wrong with this if his story and characters were tolerable, but Tidal Wave’s first hour is a confused mess of comedy, romance, and melodrama with cliché character sketches that only leave one begging for the disaster to finally come.

The story is set in the beachfront town of Haeundae and it follows a group of people who have all suffered losses after the devastating Indian Ocean earthquake and subsequent Tsunami in 2004. A seismic geologist detects activity and warns of an impending mega-tsunami, but no one will heed his warning until it is too late.

This first hour focuses on the interconnections between these characters, their romances, their jobs, and daily lives. It’s supposed to be the setup to doom to draw us in so that when the wave hits, we really care about them.

When the disaster does finally strike, it strikes swiftly and special effects are not as spectacular as one would hope them to be — in other words, the editing and effects do not look much better than they did back when The Perfect Storm hit theatres. Youn also goes over-the-top once again with the melodrama and, for some reason, decides to throw in a comic gag with one character dodging falling freight containers on a bridge. It’s both perplexing and a bit in poor taste.

Still, Tidal Wave is not all bad. I have to give Youn credit for putting in the effort of at least trying to develop a story beyond a simple “blow ’em up” and put the butts in the seats flick that we have a dime a dozen of here in The States. Of course, some of my judgment could very well be a cultural thing. This film was huge in Korea, so there must be something to it. Perhaps the immediacy of an actual Tsunami occurring that the people face everyday is a driving factor to the understanding and acceptance of a film like Tidal Wave there, and maybe some of the nuance of the first half is just lost in translation. 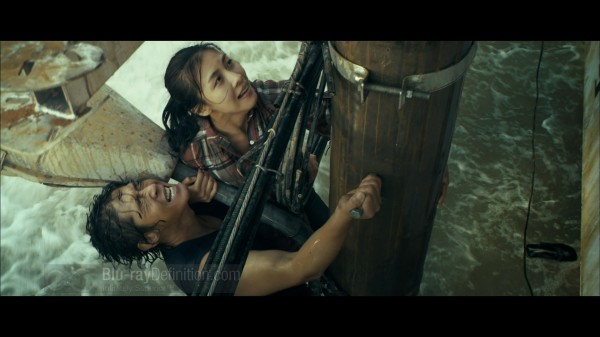 There’s an oddly clean and pristine look to Tidal Wave as if it were captured in high definition, but if IMDb is to be believed, it was filmed in 35mm, so one must assume that the look of the film is the result of processing in the digital intermediate stage. With that being said, the 1080p VC-1 transfer is still detailed enough show the pores on people’s skin and texture in clothing and there are no detrimental artifacts such as aliasing or macroblocking apparent. Flesh tones are accurate and black levels are deep with extended shadow delineation. 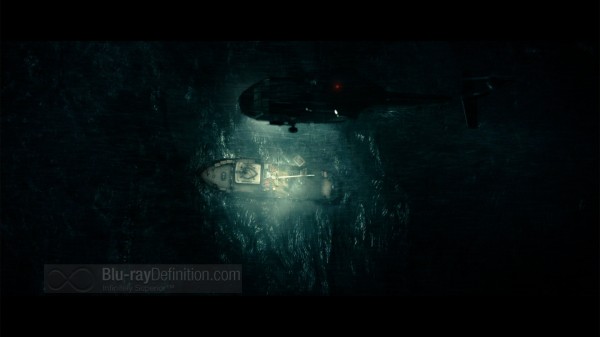 I used the Korean DTS-HD Master Audio 5.1 mix as my reference for this review, but a lossless 5.1 English dub is provided in DTS-HD Master Audio as well. The sound is absolutely superb on this release with clear and clean dialogue, smooth highs, deep lows, and engulfing ambience. The musical score is balanced nicely into the mix, sounds very lively and the sound of the water rushing when disaster strikes absolutely rumbles. 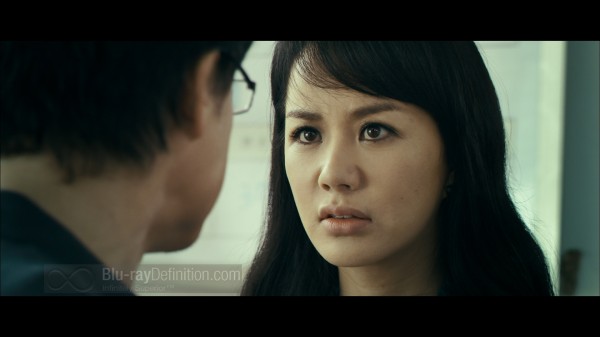 Although the supplements are mostly in standard definition, they cover practically every link in the chain of production for Tidal Wave. They are certainly appreciated although I’m not certain how much replay value they will have for most viewers. 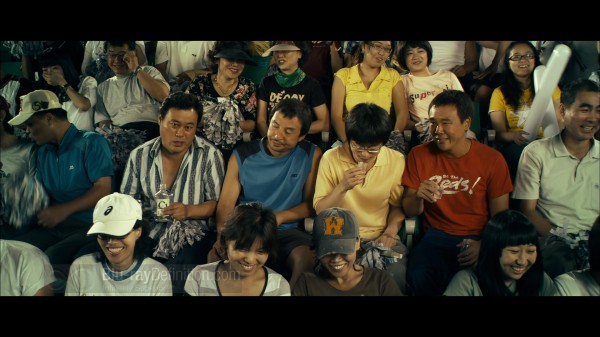 Tidal Wave is an odd and frustrating disaster film that starts off terribly slow and never quite pays off. The Blu-ray transfer and lossless soundtrack are top notch, but maybe this one is just a rental for a slow day. 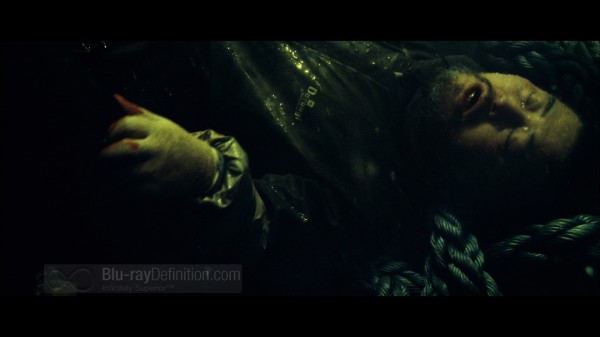 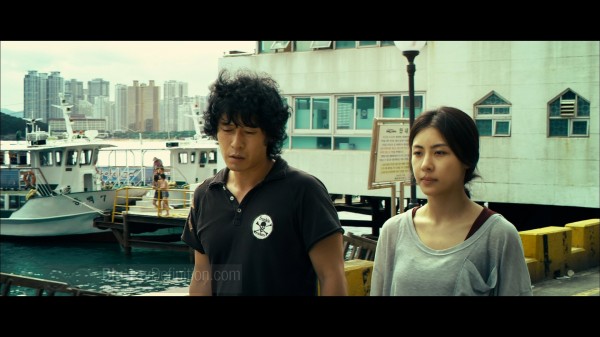 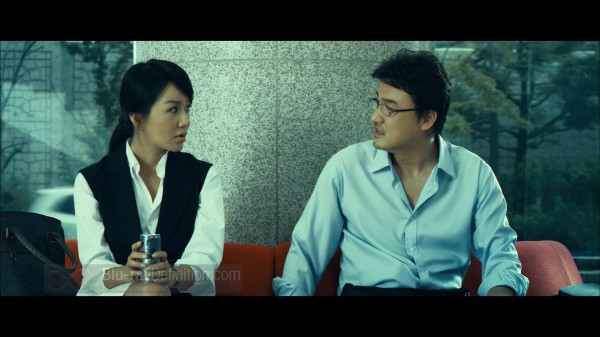 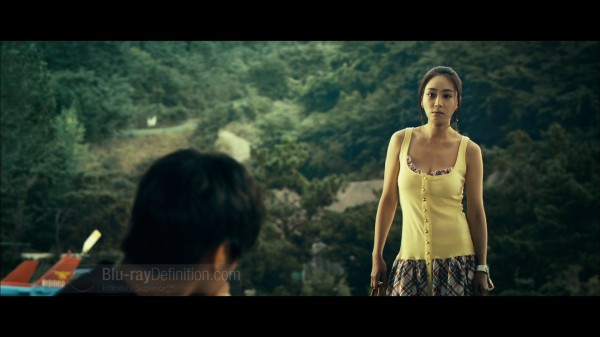 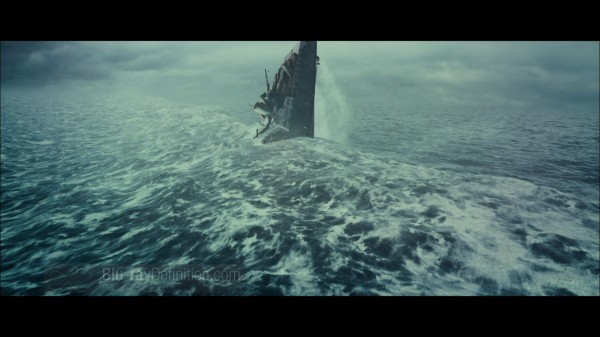 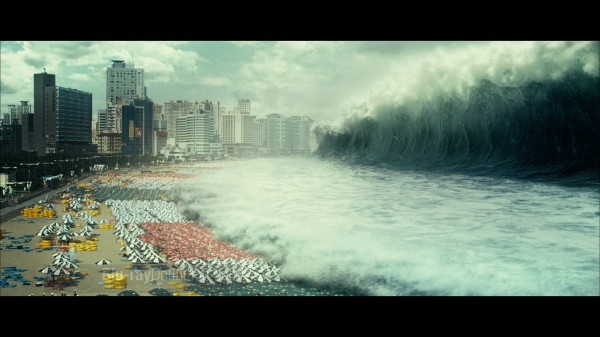 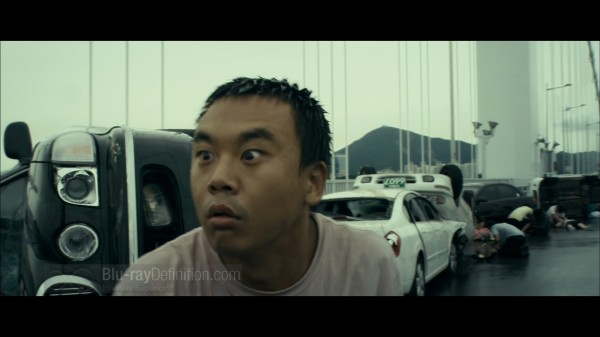