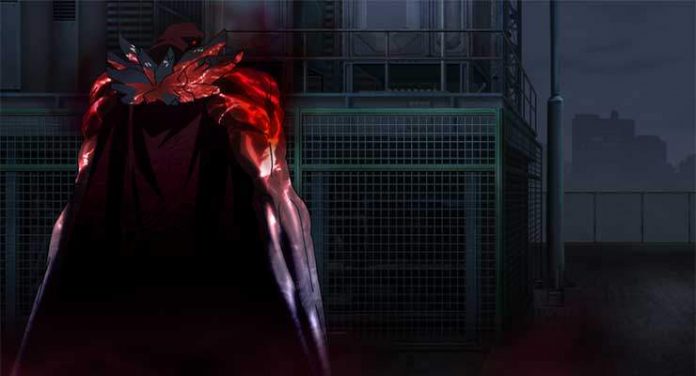 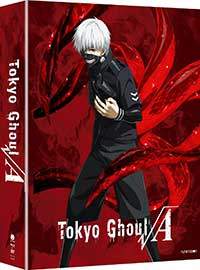 The saga of this stunningly animated paranormal thriller continues in the awkwardly named, but no less riveting second season. Tokyo Ghoul √A takes its protagonist Kaneki on an even darker journey this second time around. He emerges from the torture he faced at the hands of Aogiri Tree, no longer timid about feeding his hunger, but now embracing his cravings, even devouring fellow ghouls in order to absorb their power. Kaneki, in a stunning twist, joins the very organization that tortured him amidst a war between fellow ghouls and the ghoul-fighting CCG, where Mado’a daughter, the icy and determined Akira is on a path 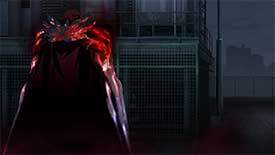 of revenge for her father’s death. And it seems like everyone is now shocked by the actions of the “eye patch” ghoul, Kaneki who is turning into a lonely, violent monster.

The animation in this series is breathtaking, simply put. It is, of course, not for the faint of heart. If blood and gore make you queasy, then look elsewhere, because the action in Tokyo Ghoul √A is visceral, chaotic, and similar to the likes of series likes of Hellsing Ultimate. It’s important to point out that there is much more to this series than mere violence, however. Really it’s a journey toward something. Kaneki is trying to protect his friends but finds himself straying down the path of darkness toward becoming a monster. His friends, meanwhile, know what he is and want to save him. So, the series is filled with contradictions, and classic conflicts of “good vs. evil,” “right vs. wrong” and “confidence vs. self-doubt.”

While this 1080p AVC transfer of the digital animation for Tokyo Ghoul √A looks satisfying, with good colors, crisp detail, and no apparent jagged lines or motion artifacts, it does show color banding from time to time, especially in darker scenes that brings the score down. 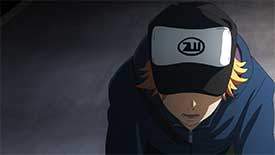 Tokyo Ghoul √A has an excellent Dolby TrueHD 5.1 mix for its English dub that is so atmospheric and discrete, surrounding you in the sounds of the chaotic battle sequences, but also the wonderful music of Yamada Yutaka, which is often panned into the surround channels. That said, it could use some more dynamic range and be held back a little in the high-end. The Japanese Dolby TrueHD 2.0 stereo mix has a lot of strong directional panning of dialogue and effects, but the atmospherics aren’t as noticeable as in the 5.1 mix. Still, the Japanese cast are the stronger of the two, and with this very character-driven series, the subtleties in the acting makes all the difference.

Two audio and one video commentary anchor the usual slate of promo videos, trailers, and clean animations. This “Limited Edition” gets nothing extra other than the chipboard slipcase.

Tokyo Ghoul √A is a great follow up to the first season of this horror franchise. It’s dark, it’s violent, and it’s gorgeous to look at. The action is pulse-pounding, intensely gripping stuff.