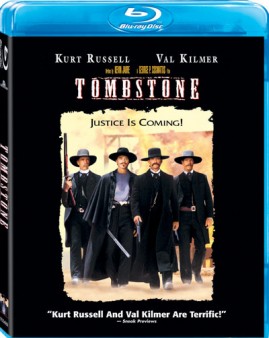 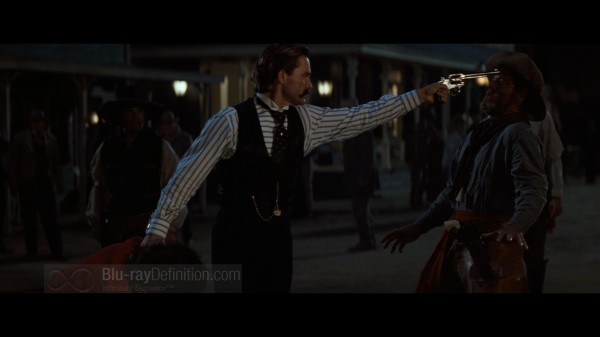 Tombstone may not be one of the greatest westerns committed to film, nor is it a groundbreaking deconstruction of the genre like, say, Eastwood’s Unforgiven, but as a gun totin’, rootin’ tootin’ Wild West guilty pleasure, it packs enough punch and gunfire to satisfy almost any western fan, and even some nonbelievers.

The film focuses on the legendary gunfight at the O.K. Coral in a town called Tombstone in Arizona. It’s a place that just about everyone in the U.S. has at least a passing knowledge of, even if we don’t know the actual facts of what went on there. None of that matters, because Tombstone doesn’t concern itself with historical accuracy either.

Kurt Russell plays Earp and Val Kilmer, the real star of the film, plays his ailing friend Doc Holiday. Wyatt Earp and his brothers (Bill Paxton and Sam Elliot in the roles) roll into the town of Tombstone intent on making a break from “peacekeeping” (that’s Old West terminology for being lawmen) and making their fortunes in silver, or at least by helping crooked saloon owners swindle equally crooked gamblers out of their money.

The brothers and Doc get caught up in the town’s violent struggle against an organized criminal gang calling themselves “The Cowboys” and identifying themselves by wearing a red sash. When one of the Cowboys kills the town’s sheriff, Virgil Earp takes on the duty, the town’s mayor and council make a proclamation that no guns are allowed within town limits, and the famous shootout occurs as the Earp brothers and Holiday try to disarm members of the Cowboys at the O.K. Coral. Meanwhile, amongst all this violence and chaos, Wyatt finds time to romance a beautiful actress staying in town (Dana Delany), but must also deal with his wife who is addicted to opium and laudanum.

Kurt Russell does his best to be the tough, gun-wielding Earp, but the real attraction in Tombstone is Val Kilmer as the colorful, quick drawing Doc Holiday. Kilmer, always an underappreciated actor, puts on one of his finest performances in what has to be one of the weaker films he has ever appeared in. 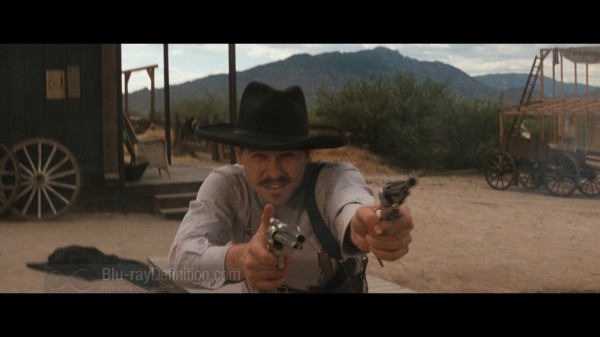 Tombstone arrives on Blu-ray as another strong video transfer from one of the Disney studios. It is clean and rich in detail with extended shadow details, strong contrast that doesn’t clip and vibrant color reproduction. The film’s original grain structure is well preserved, providing a fine, film-like presentation. No compression artifacts are present and post-processing problems are not an issue. 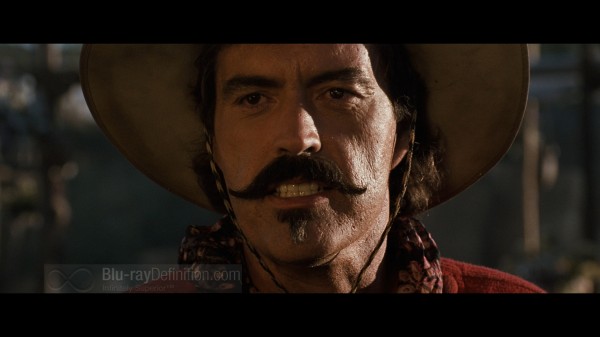 Tombstone arrives on Blu-ray with a DTS-HD Master Audio 5.1 (48kHz/24-bit) soundtrack that is big, spacious, and dynamic. The gunfire cracks with authority and horses gallop with heft. Surround channels are filled with an abundance of atmospherics, but are also utilized for some discrete foley effects, such as bullets flying and the horses riding by. 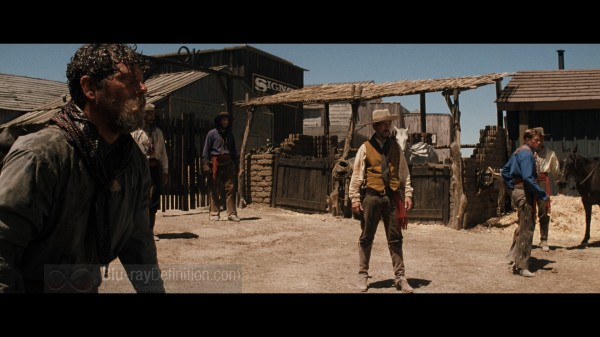 There’s nothing much here outside of the “making of” featurette, which, inexplicably, has had its aspect ratio stretched to 1.78:1. Everything else is pure filler. 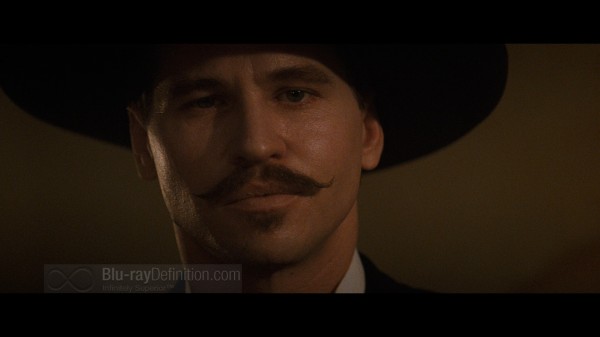 Kilmer, Kilmer, Kilmer! That’s the biggest reason to sit down and watch this mildly entertaining entry into the western genre. With that being said, this is a fine Blu-ray release that has a more than solid video transfer and sounds superb, so if you like westerns, then it would be a good purchase. 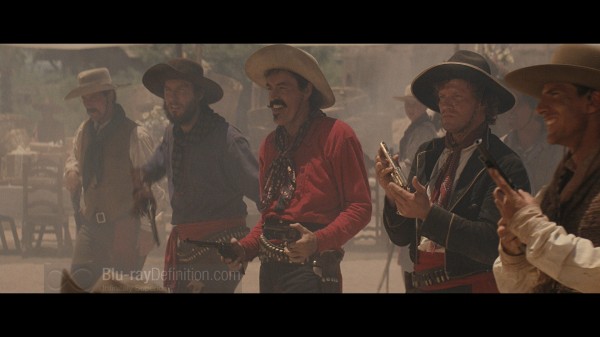 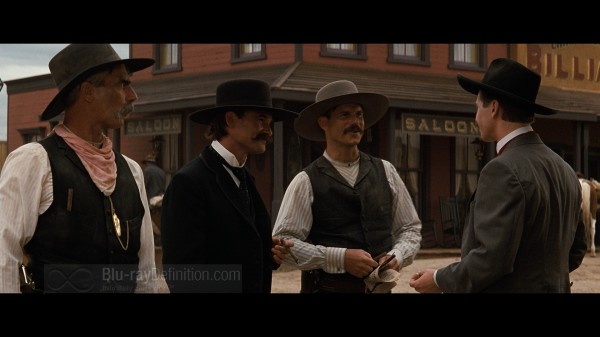 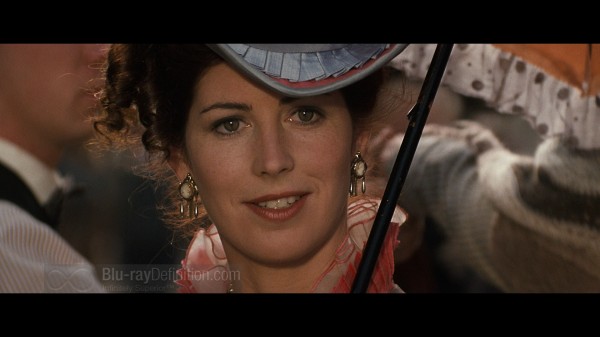 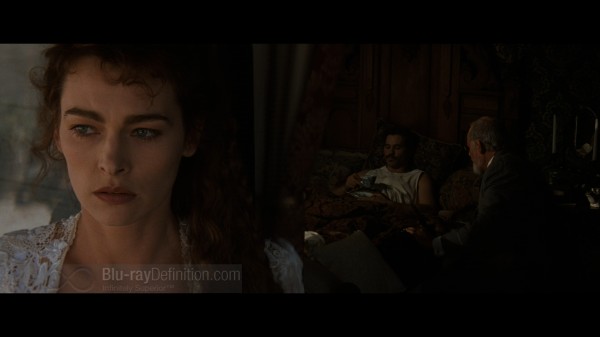 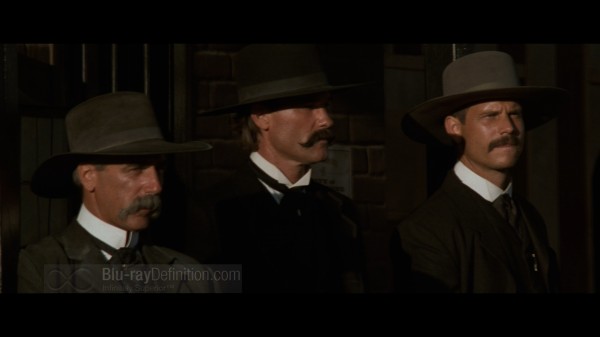 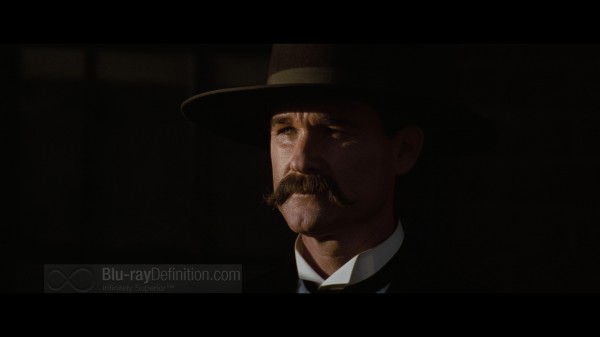 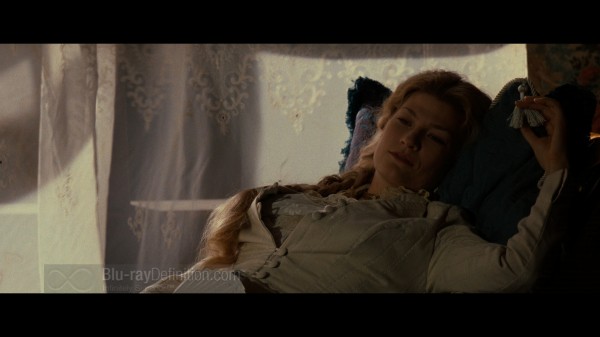 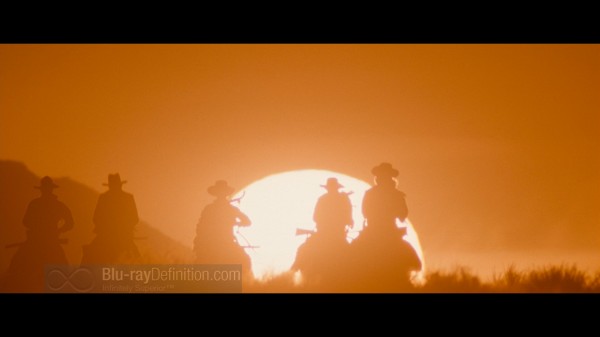 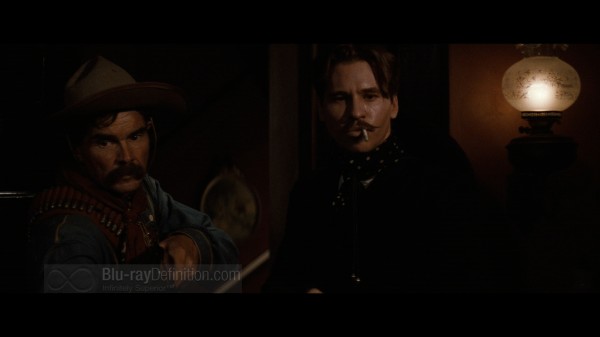 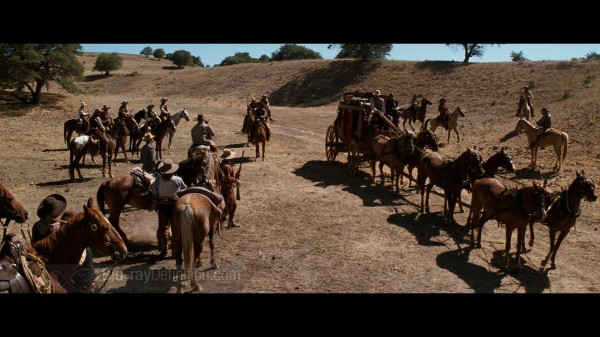 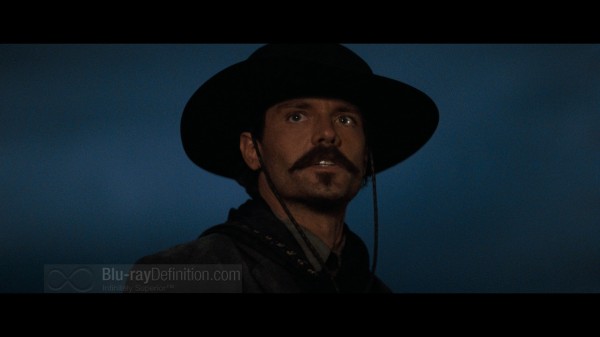