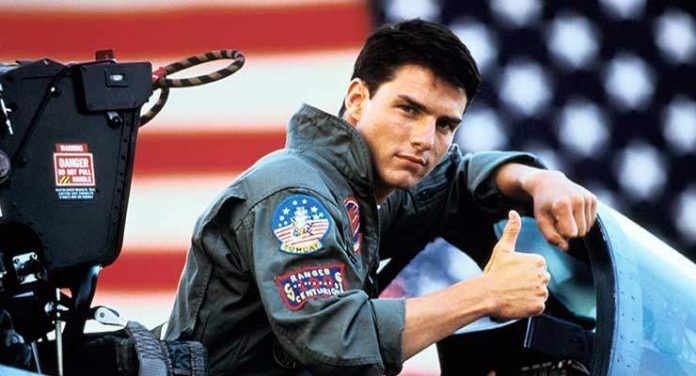 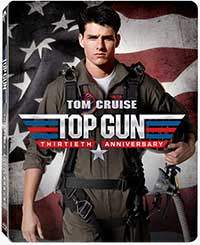 It’s with a heavy heart that I sit down to write this review of Top Gun, having the tragic circumstances of director Tony Scott’s (Unstoppable, Days of Thunder) tragic suicide in the back of my mind. Scott’s work will, nevertheless, live on, and 1986’s Top Gun, will surely be one film he will be remembered for ages to come. An energetic, high-flying actioner with a syrupy romantic subplot, the film stars a young Tom Cruise and launched the young star into the proverbial stratosphere. Most memorable for its ‘80s pop soundtrack including hits by Kenny Loggins and Berlin, its death-defying aerial stunts, and perpetual motion and speed so effortlessly portrayed by the adept behind-the-camera skills of Tony Scott, the film follows the hot-shot young “maverick” Naval pilot Pete Mitchell (Cruise) as he makes his way through the Navy’s élite pilot training program in California. A rule breaker with personal demons stemming from his late father, a Navy pilot MIA since 1965, Maverick must battle himself and the other top young pilots to win the Navy’s Top Gun trophy – if he doesn’t wash out, that is. Luckily, the film’s fast pace and testosterone-heavy plot is tempered by the fetching young Kelly McGillis as Charlie, one of Maverick’s flight instructors and the love interest who manages to tame his womanizing ways. A cast of top-flight actors including Tom Skerrit and Michael Ironside complete the lineup for what is a nearly perfect example of 1980s cinematic escapism. Also worthy of note is a young and handsome Val Kilmer’s appearance as Maverick’s number one Top Gun rival, Iceman.

For a film from 1986, Top Gun looks superb, with excellent contrast, a clean-looking overall image, vivid color reproduction, and relatively fine and even grain structure. There’s no difference in quality between this new 30th

Anniversary steelbook and the 2D transfer from the last 3D edition. It looks beautiful, still.

Two fine lossless surround options are included, a Dolby TrueHD 5.1 (48kHz/24-bit) mix and the new 6.1 DTS-HD Master Audio (48kHz/24-bit) mix, which debuted on the 25th Anniversary release of Top Gun from Paramount. If you have a 6.1 or higher system and can take advantage of it, definitely go for the DTS-HD Master Audio 6.1 track, it will be well worth it. It’s an exhilarating experience with its roaring jet engines, energetic ’80s pop soundtrack anchored by the uptempo Kenny Loggins number “Danger Zone” and Berlin’s mid-tempo ballad “Take My Breath Away.” Dialogue is clean and dynamic range is exceptionally wide. 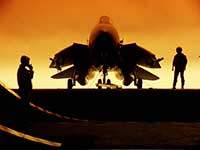 Nothing changes over the previous Limited 3D Edition as far as extras. All video extras are port-overs in SD. The best watch is the 2 ½ hour making of documentary Danger Zone. It’s also a kick to see the classic ‘80s music videos for the popular songs that populate the film’s soundtrack.

This 30th anniversary release of Top Gun will be strictly for collectors who missed either the 25th anniversary edition or the Limited 3D Edition of the film on Blu-ray the previous two times around, because it doesn’t add anything new. The extras remain the same and the transfer and sound are the same. The only thing gained are a DVD and the collectible steelbook packaging, if that’s your thing.