Building on the huge success of Transformers, the creative team of director Michael Bay and writers Ehren Kruger, Roberto Orci, and Alex Kurtzman reunite for Transformers: Revenge of the Fallen. In spite of returning many of its good original cast, the film suffers from a mediocre meandering storyline that no CGI or other special effects can make up for in this ultimately disappointing sequel.

Long before the current story begins, the Seven Prime robots developed Sun Harvesters to extract energy from uninhabited stars. A rogue Prime, The Fallen (Tony Todd), plans to blot out the Earth’s Sun but his plan is foiled. His fellow Primes imprison him and then sacrifice their lives to hide the all-powerful Matrix device.

Back to the present, the U.S. Military has created the Nonbiologic Extraterrestrial Treaty (NEST) to eliminate the Decepticons and has hidden a shard from the AllSpark or energy “soul” of the Transformers. Decepticon Soundwave (Frank Welker) hacks into the Department of Defense network and recovers the shard to revive Megatron (Hugo Weaving) who had been lying in the Laurentian Abyss. Megatron meets up with The Fallen and proceeds to kill Autobot Optimus Prime.

Sam Witwicky (Shia LaBoeuf) is off to college and gets a girl-crazy roommate Leo Spitz (Ramon Rodriguez) while his gorgeous girlfriend Mikaela Barnes (Megan Fox) frets about his being away. When Sam finds a small AllSpark shard, his brain gets rapidly infused with a huge array of Cybertronic glyphs that hold the key to the all-powerful Matrix. Megatron has killed Optimus and the Decepticons unleash a major assault on the planet. The Fallen offers Earth an ultimatum: turn over Sam to Megatron or everything will be destroyed.

Sam, Mikaela, and Leo connect with former FBI Agent Seymour Simmons (John Turturro), track down and revive the Decepticon Jetfire (Mark Ryan) at the Smithsonian Air and Space Museum. Jetfire teleports the group to Egypt where Sam finds the Matrix only to have it disintegrate when exposed to air.

The Autobots and the NEST forces, led by Major William Lennox (Josh Duhamel) and Sergeant Robert Epps (Tyrese Gibson), battle the Decepticons among the Giza pyramids. The massive Devastator (Frank Welker) exposes the Sun Harvester in one of the pyramids but is killed and most of the Decepticons are destroyed. Things still look bleak as Megatron shoots Sam and, with help from the Fallen, begins to activate the Sun Harvester. The final hope for Earth resides in a revived Sam, a recovered Optimus, and a restored Matrix, none of which seems very likely. 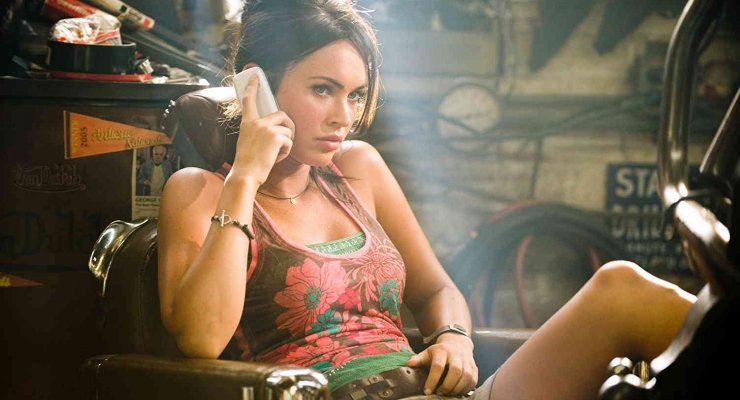 Transformers: Revenge of the Fallen was shot on the Arri Alexa cameras and a series of Panavision lenses. The HEVC 2160p (4K) HDR10 encodement is up-scaled from the 2K digital intermediate, using a Kodak Vision 2383 35 mm source. Compared to the original Transformers the visual quality is clearly improved, largely realized in the integration of the CGI images with those of the real-life actors. An accompanying Blu-ray disc is superb and only falls short in the smallest close-up details.

The Dolby Atmos soundtrack for Transformers: Revenge of the Fallen on 4K Ultra HD will literally rock your room and rattle your brain. The sound effects are amazing and will completely immerse viewers in the Transformers universe.

There are three discs included, as well as an Digital HD UltraViolet

Transformers: Revenge of the Fallen, for all of its visual and audio pop, had a hurriedly completed script that proves insufficient to sustain viewers’ interest in the two-and-a-half hours of robotic rampage.

Transformers: Revenge of the Fallen is out now on 4K Ultra HD combo pack from Paramount