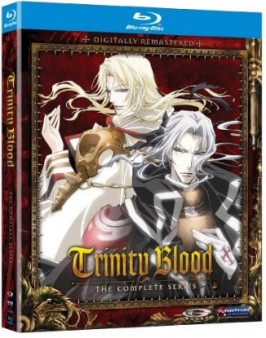 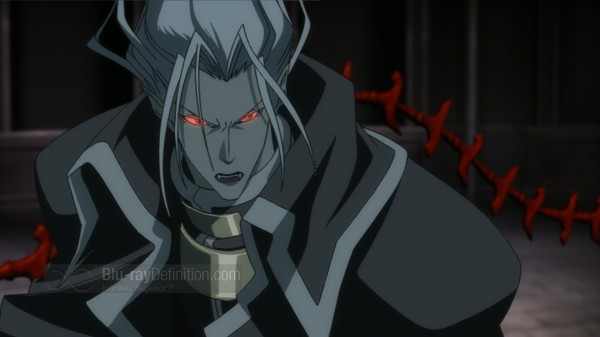 Trinity Blood is an enticing anime based on a series of novels by Sunao Yoshida, which in turn are based on the real historical personality Caterina Sforza. A blend of science fiction, fantasy and political intrigue, the story takes place some 900 years after an apocalyptic war between humans and vampires known as “Armageddon.”

The Roman Catholic Church, with its head The Vatican, has become a military might and the protector of humans from the vampires, known as Methuselah. The two sides are now engaged in a cold war against each other using “lost technologies” from before the great war, such as missiles and space ships. Also in the arsenal of The Vatican are creatures known as “Crusniks” who are sort of super-vampires who feed on the blood of other vampires.

Trinity Blood’s central character, Father Abel Nightroad is a crucnik, in the employ of the Vatican, used to track down and contain rogue Methuselah and also watch over a young nun critical to the uneasy stalemate between the two sides, Sister Esther.

With factions on each side looking to make inroads toward peace, but others trying to derail the process, a dangerous game of chess begins that could have major consequences for all involved. The Methuselah, and the Terrans must find a way to stop a conspiracy to kill the one person holding together a peace between the two races in the inner worlds and driving the entire society into another devastating war.

Trinity Blood lays out its story with humor, a dark Gothic edginess, and litters the tale with historical tidbits from Western culture, be it religion, art, or politics, which allows a sense of depth and background that many other anime productions cannot compete with. This is a winner all the way. 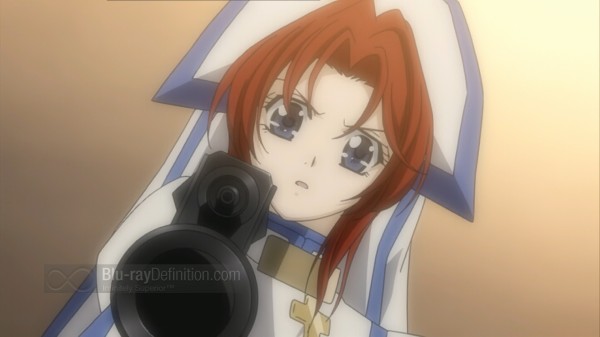 Video for Trinity Blood is another obvious upscale from standard definition to HD from Funimation. As such it displays many of the obvious artifacts and issues one would expect to see from an SD source. The AVC/MPEG-4 1080p/24 transfer is on the soft side; there is some aliasing, macroblocking and stair stepping. Furthermore, the production of Trinity Blood utilizes a lot of soft, hazy “filters,” which further diminishes detail. One will still gain a slight advantage of watching this on Blu-ray removed from the tight confines of a MPEG-2 encoding on DVD, but it is certainly not a drastic upgrade that a true high definition source would bring. 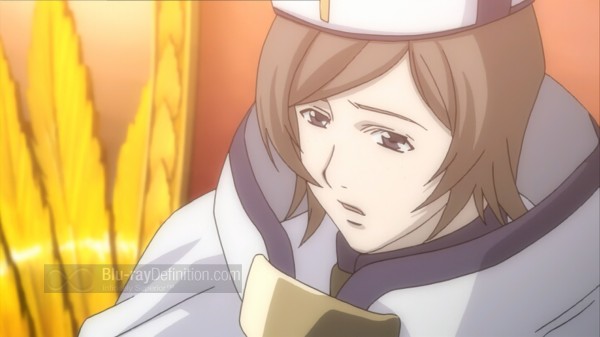 The lack of a lossless track for the original Japanese program is a definite mark against Trinity Blood, which offers the Japanese only in Dolby Digital 2.0. The English soundtrack is provided in Dolby TrueHD 5.1, but that doesn’t yield great results either. The high frequencies are a bit on the harsh side, dynamics sound confined, and the midrange is a bit boxy. Dialogue is clear even if a little on the sibilant side. 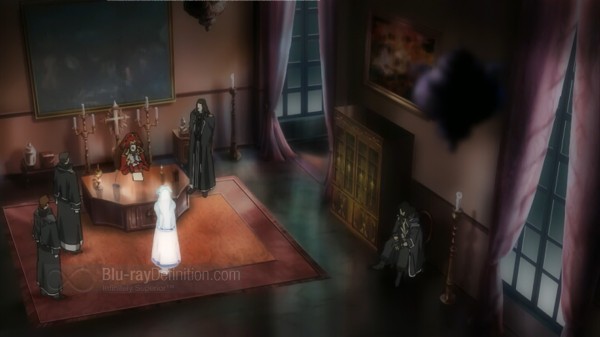 The supplements are very light, but those looking to dive deeper into the intrigue and historical connections of Trinity Blood should find pleasure in the oddly named Historical Artifacts feature, which offers historical background on the figures and objects alluded to in the series. 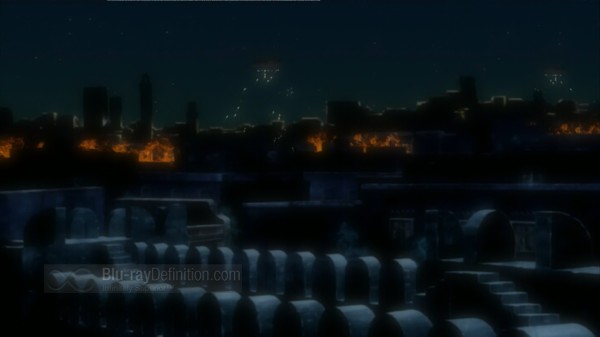 Trinity Blood: The Complete Series is deserving of all its praise and accolades. It is an anime series that holds one’s attention and draws the viewer in one episode after another. It has an easy flow of drama, comedy, fantasy, and intrigue with a strong animation design. Regardless of the lackluster video quality this set is still a winner. 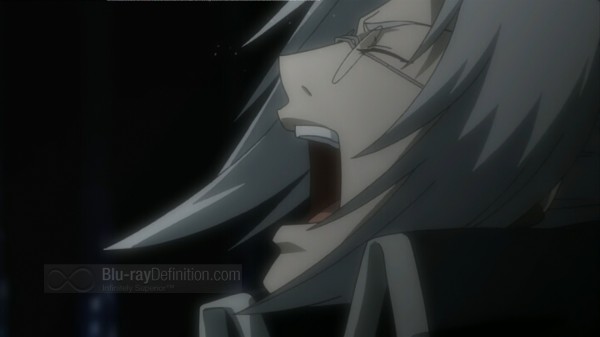 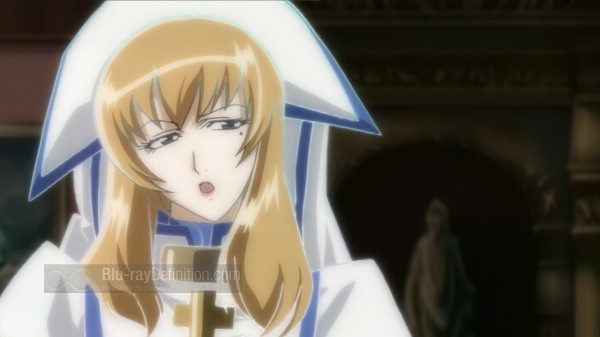 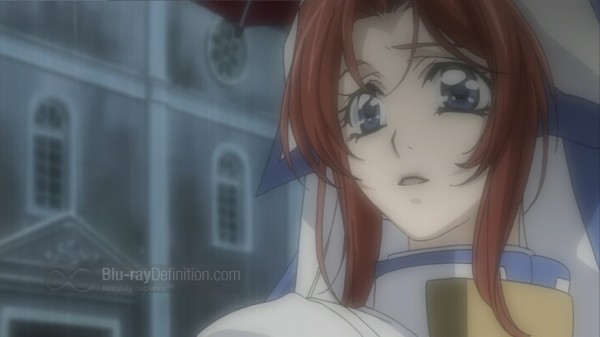 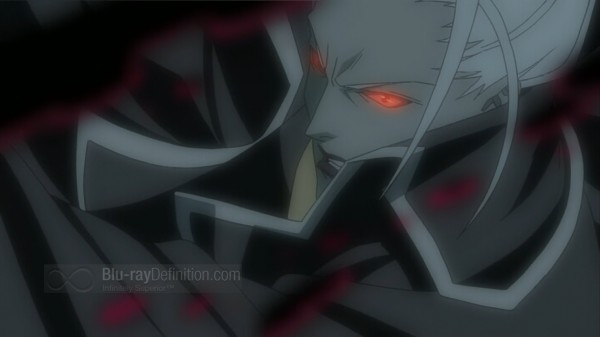 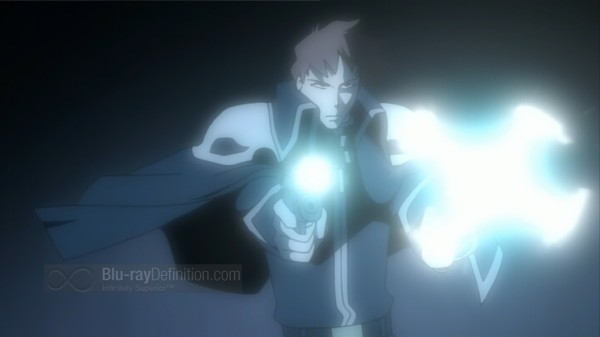 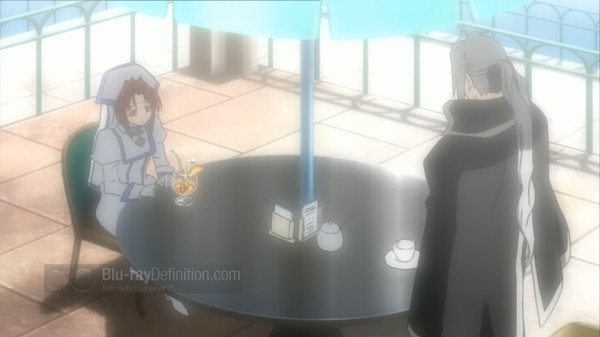 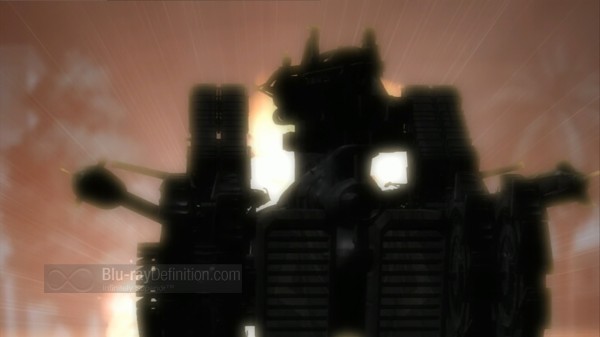