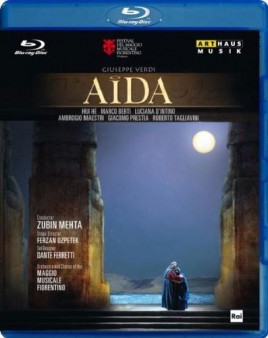 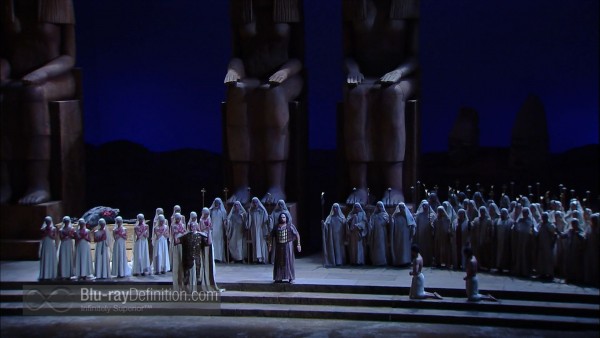 Of all the grand operas, Giuseppe Verdi’s Aida may be the grandest of them all. Pomp and circumstance reign supreme and a successful production will deliver these qualities in spades. Since this opera has had so many audio and video incarnations, the competition is quite stiff.  More to the point, the story of an Egyptian general who falls in love with an Ethiopian princess, much to the dismay of his Egyptian princess,  is the classic love triangle. To make the dramatic elements of the internal conflicts come across, at least three great voices are needed. Here, we have some good but not great ones, led by soprano Hui Hue, who essays the demanding title role.  Unfortunately, the Radames (Marco Berti) and Amneris (Luciana d’Intino) are little better than comprimarios or secondary roles in the house. The two low-voiced supporting male roles, Ramfis (Giacomo Prestia) and Amonasro (Ambrogio Maestri) make solid contributions to the proceedings. Zubin Mehta, a veteran Verdian, does a decent job of keeping the forces on point, but little more than that. Sets and costumes appear as neo-ancient Egyptian, being quite stylized. For those seeking the long-lived and larger-than-life  Zeffirelli Aida, you will have to look elsewhere. Taken in its own terms, there is genuine attempt by director Ferzan Ozpetek to create an integral and valid realization of this work. This concept might have yielded greater rewards with a significantly better cast than the one in this production. 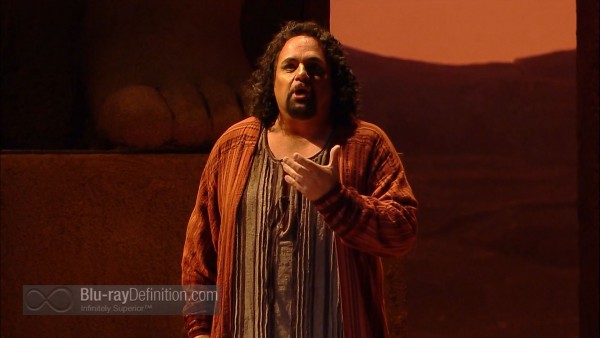 The camera work is generally proficient, conveying the scope of this major opera, perhaps the grandest of its genre. The sets are basic blocks, and the costumes are generally effective, although not period authentic. Having seen Aidaon the grandest scale, this production minimalized some of the grand elements, particularly the triumphal scene making it somewhat Aida-light. All of this would have been acceptable if the close ups of the sets had not revealed their obvious home-made quality. 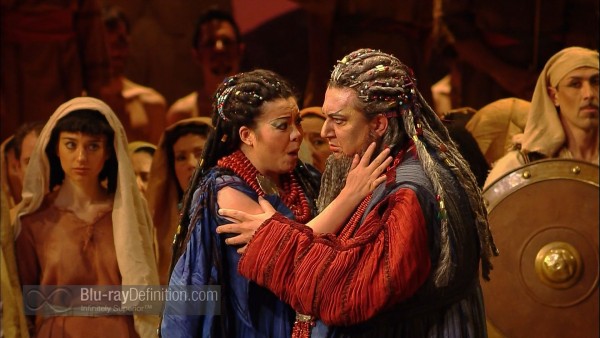 There is good representation of the action on stage, largely to the front, and in the pit. The sound engineers are very kind to the voices which is, in this production, a good thing. Little ambience is present as the LPCM track will attest. 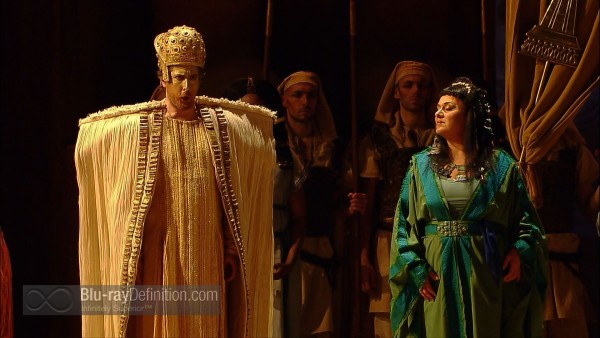 No extras are provided with this BD only trailers for other Arthaus videos. 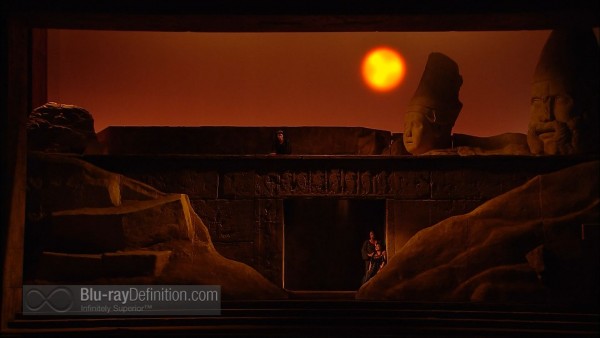 I have seen Aida a number of times in some of the major opera houses of the world. This production would have garnered favor in smaller venues but would clearly not fly in the realm of the “biggies.” The lack of vocal fire power and, more importantly, characterization, relegates this performance automatically to the second tier. Pacing by conductor Mehta is surprisingly leisurely, detracting from the dramatic pace. While many operagoers take this opera for granted, there are some aspects that are nonnegotiable. First, and foremost, are the abilities of the principals to deliver their roles. The reason that this aspect is so important is that, Aida’s so-called large-scale role is really limited to two scenes, while most of the action is quite intimate involving only two or three characters at a time. Try as I might, I could not really get any sense of chemistry going on between any of the principals who seemed more intent on their individual roles rather than their relationships. The choreography, usually a highlight of this opera, was also pretty nondescript. Aida-lovers have yet to be served a completely satisfying Blu-ray issue of this opera as the Bregenz Festival (previously reviewed on Blu-rayDefinition) is torpedoed in its water by lackluster casting and staging, the La Scala production with Roberto Alagna who appeared overmatched as Radames, and the Metropolitan Opera revival of the Zeffirelli production with nonidiomatic principals Johan Botha (Radames) and Violeta Urmana (Aida).  The Aida that I return to is the original Zef production, granted a DVD but populated with a starry cast, Aprile Millo (Aida), Placido Domingo (Radames), and the redoubtable Dolora Zajick (Amneris) under the expert baton of James Levine. 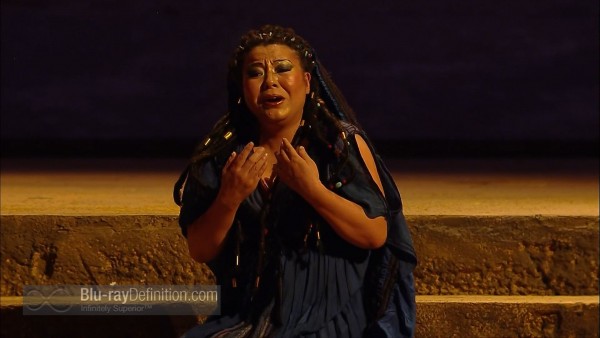 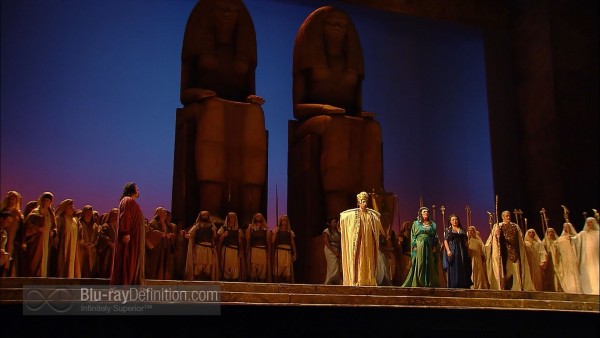 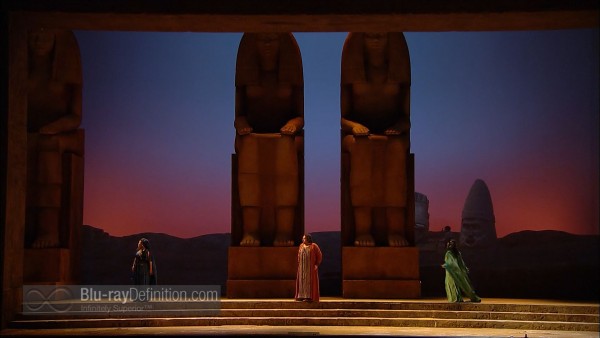 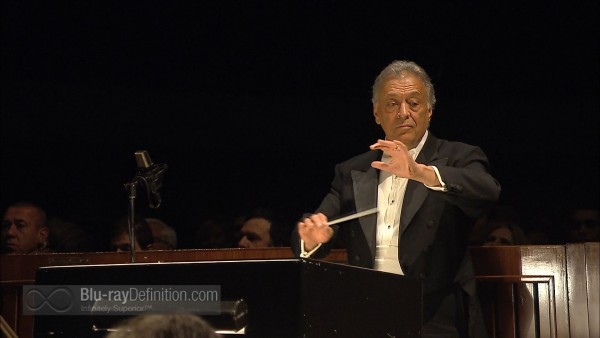