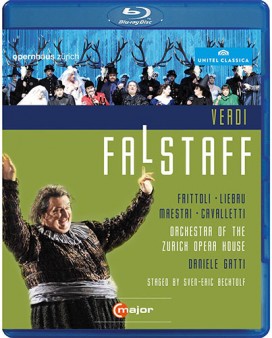 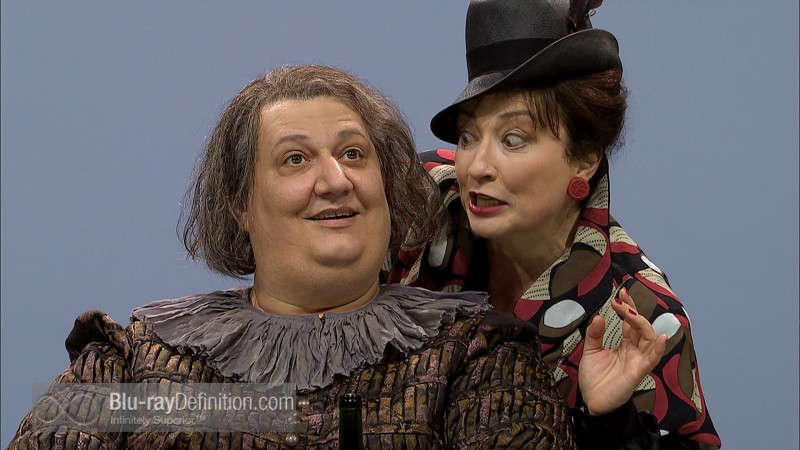 Giuseppe Verdi’s last opera, Falstaff, is felt by many to be this composer’s crowning achievement.  I would go even further by considering this work a near-perfect realization with regard to dramatic balance (3 acts each with two scenes and each act lasting 40 minutes), characterization, and most importantly the melding of music with words.  The Shakespearean collaboration between Verdi and his librettist Arrigo Boito draws from The Merry Wives of Windsor and the two-part Henry IV.  In this version, we track the misadventures of Sir John Falstaff who pursues two married women, Mistresses Ford and Page, only to end up befuddled and ridiculed by the citizens of Windsor.

Maestro Daniele Gatti leads the Zurich Opera orchestra and chorus in a performance staged by Sven-Eric Bechtolf, an actor turned theater director and, more recently, an operatic dramaturge.  This 2011 production features a relatively sparse set, think Christof Loy or Robert Carstens, with an odd mixture of period and modern costumes (this is Shakespeare’s Falstaff after all) Falstaff literally sinks or swims on the abdomen of its title character.  Comic bass-baritone Ambrogio Maestri has the appropriate physique and vocal type to bring the fat knight to life. Sopranos Barbara Frittoli and Judith Schmid acquit themselves capably as the merry wives of Windsor, while mezzo Yvonne Naef is an understated but effective Dame Quickly. Falstaff’s henchman, Bardolph (tenor Martin Zysset) and Pistol (baritone Davide Fersini) are accomplished scene stealers. The young lovers, Fenton (lyric tenor Javier Camarena) and Nannetta (light soprano Eva Liebau) are perfectly matched. The only disappointment is baritone Massimo Cavalletti who seems a bit over-parted for the usual blustery Ford. 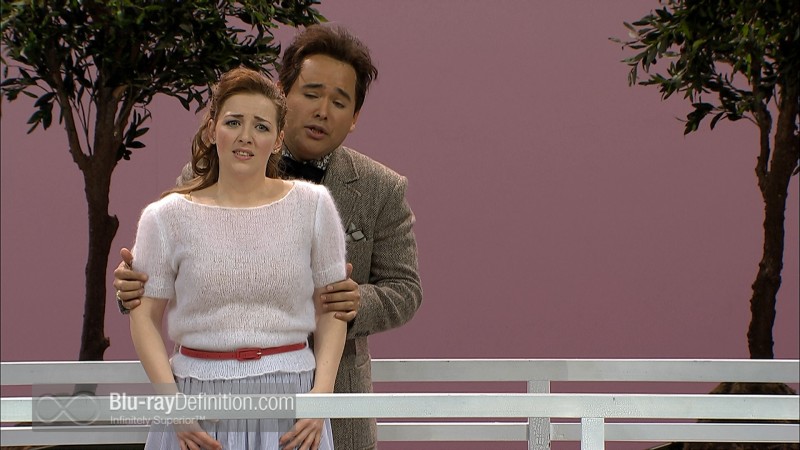 The Zurich Opera production is an extremely well videoed live performance with perfect color balance, timely camera work and a very good sense of the stage business that keeps this opera moving.  As I have now become accustomed to minimalist sets in today’s productions, this one at least was offset by the action that, for a comedy, was plentiful but not overdone. 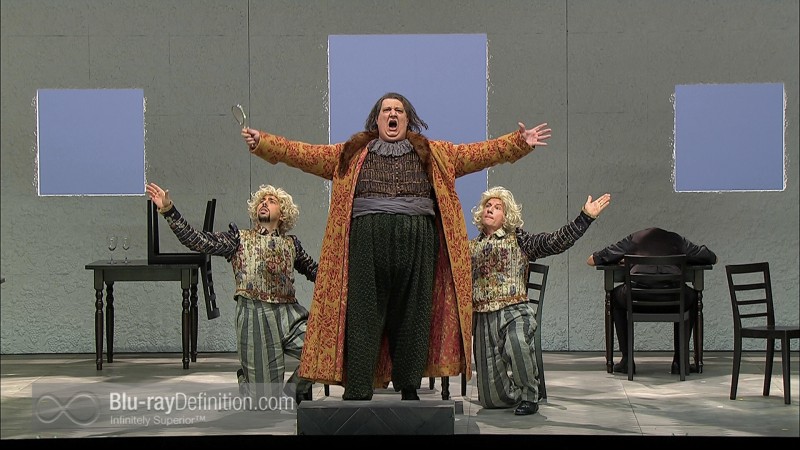 C Major BDs usually get good sound recording and, in this case, the DTS-HD Master Audio 5.0 track is extremely good.  The balance between pit and proscenium is superb, important here since Verdi’s score is as much a part of the action as are the sung words. Among many such examples are the low strings at the beginning of Act III, followed by the descending figures denoting Falstaff’s ignominious dump into the Thames.  Voice capture is superb, a plus for most of the good performances turned in by this cast. 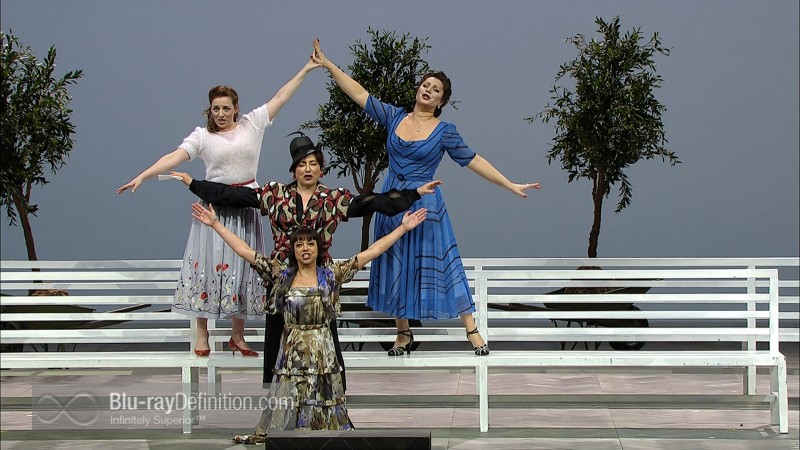 A generous group of trailers for other C Major operas is all we get. 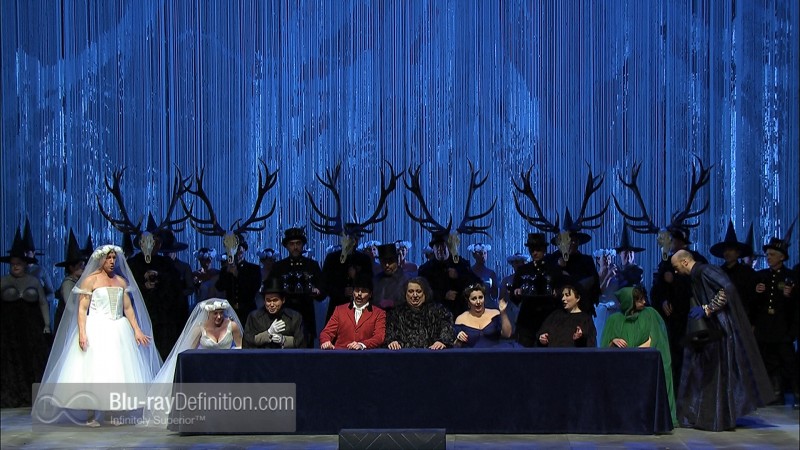 Verdi’s Falstaff has received a raft of video recordings on DVD, some of the best being the Met Opera production with Levine and Paul Plishka, von Karajan’s reading with Giuseppe Taddei, and, Bryn Terfel’s Royal Opera House production.  There is also a recent BD from Glyndebourne that was seriously updated to WW II era by Richard Jones. For those who love this opera like I do (it is my personal favorite), you cannot settle for just one.  The present BD has much to recommend it, including a generally good if not great cast, excellent music direction, and outstanding audio and video recording. Perhaps not at the top of my overall video list, this Zurich Falstaff would be my BD choice, odd costume mixture notwithstanding.  You will get to see one of the best current interpreters of the title role, the reason why you go to see this opera. 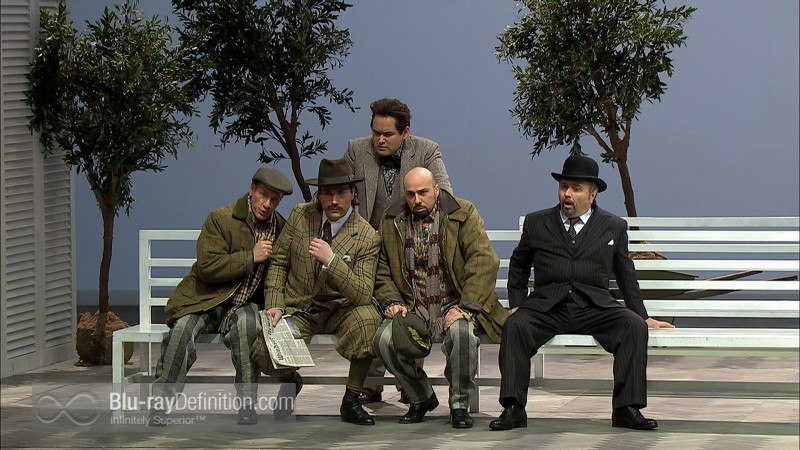 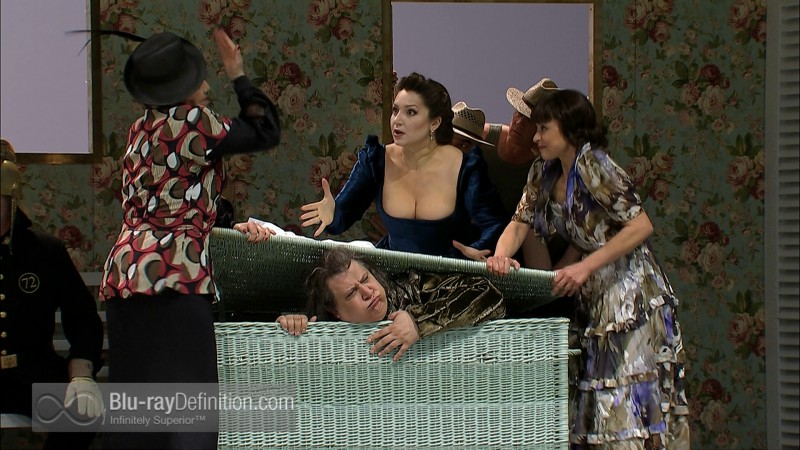 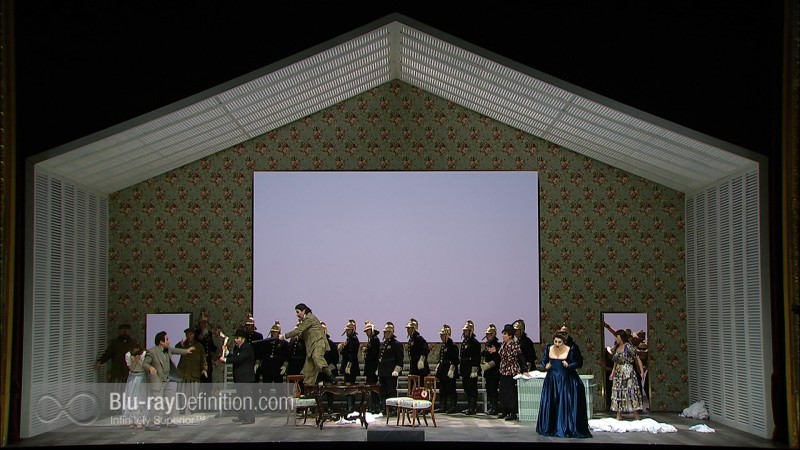 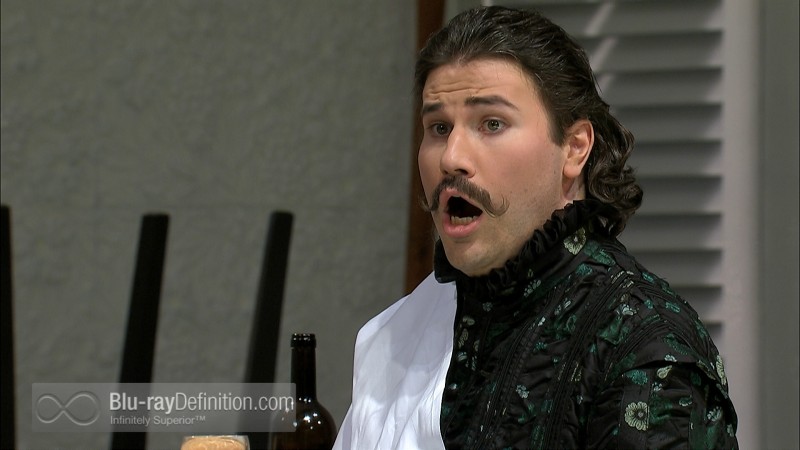 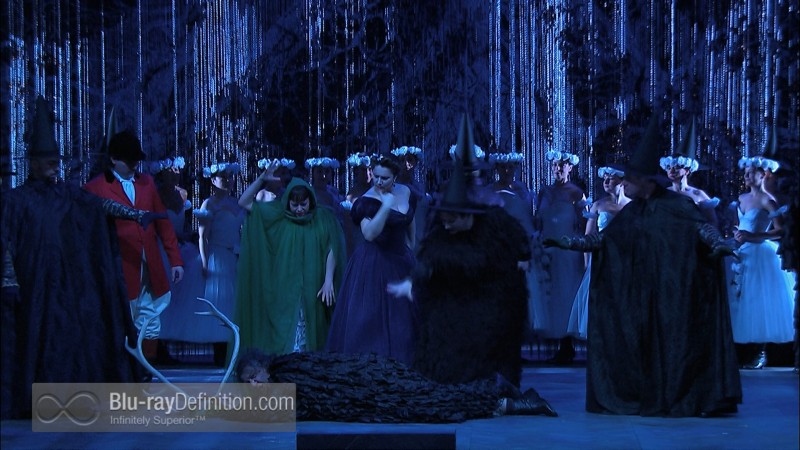