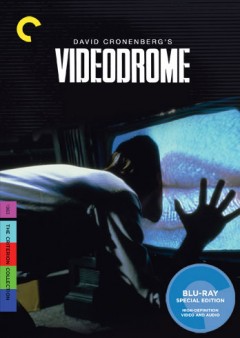 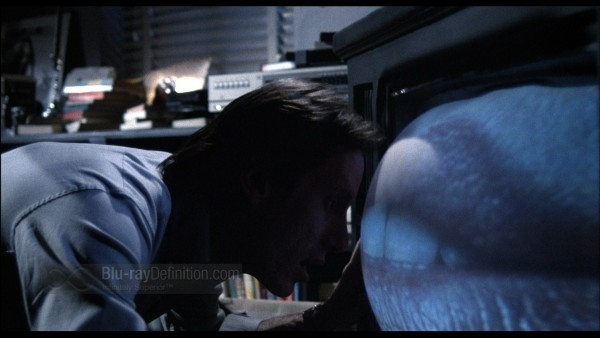 A master of psychological horror that teeters on the verge of sci-fi, Canadian filmmaker David Cronenberg’s 1983 feature, Videodrome, was to be a turning point in his filmmaking career. It marked a new maturity in his work that would lead to some of his later landmark visions, like The Fly (1986), Dead Ringers (1988) and Naked Lunch (1991). But in 1983, Videodrome set the tone for a seemingly new era in horror. It used the latest in cutting edge digital visual effects in combination with the very best makeup effects to tell an almost surreal story of losing control to a technological juggernaut.

Remember when your parents (or grandparents) would warn you how television would rot your brain? Well Videodrome seized upon those fears and, more and today, so far removed from its release, it seems more visionary than ever, in this oversaturated media-driven world we live in dominated by 24-hour cable and satellite networks, the internet, and the new 3D televisions and Blu-ray players in our homes that actually DO send images right out of the television at us — just like in Videodrome — complete with their own health warnings in fine print.

At the core of Videodrome’s story is Max Renn (James Woods), a cable TV programmer constantly looking to push the boundaries of programming on his channel with edgy material. Through his dealings with a TV pirate, Max comes across a shocking broadcast out of Pittsburgh known simply as Videodrome, filled with images of sex, torture, and murder, and little else. Intrigued, Max decides he must acquire this for his station, but Videodrome has a secret that becomes dangerous — it’s real, or is it? The boundaries of reality and television begin to break down for Max and his acquaintances in one of the most creepy, visual effects-laden films you will ever see out of the early 80’s.

Populated by character types we can all recognize as media staples today, like Nicki Brand (Deborha Harry), the radio self-help guru of sorts, and Brian O’Blivion (Jack Creley) a popular media character who exists only on-screen and videocassettes, Videodrome is a prophetic look at the hysteria the media can create and the dangers of media oversaturation. It is just the sort of “horror” film that is always the most frightening, the kind that examines the human psyche. A true classic all around. 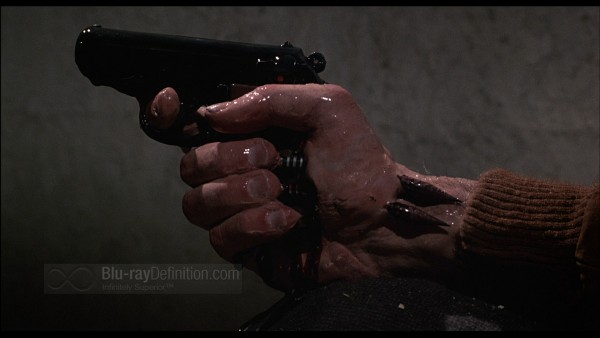 Supervised by director of photography Mark Irwin and approved by director David Cronenberg, this transfer of Videodrome was created on a Spirit Datacine from a 35mm interpositive. Thousands of instances of dirt, debris, scratches splices, warps, jitter, and flicker were manually removed using MTI’s DRS system and Pixel Farm’s PFClean system, while Digital Vision’s DVNR system was used for small dirt, grain, and noise reduction.

The film appears on this Blu-ray release in its original theatrical aspect ratio of 1.85:1 encoded in AVC/MPEG-4 1t 1080p. Originally released in 1983, the twenty-eight-year-old film doesn’t look a day over fifteen in this new Criterion release. But in all seriousness, the source has been nicely cleaned up, yet it retains a film-like appearance with a natural, sharp layer of grain. Shadow detail is well extended, however blacks do seem just a bit greyish in areas. Flesh tones are spot on and compression issues seem not to be a problem at all. 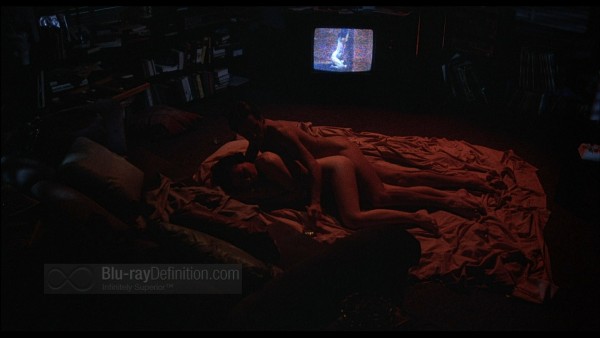 The audio is provided on disc in a LPCM 1.0 (48kHz/24-bit) configuration. What much can one say about a 1-channel audio mix other than it sounds relatively clean and balanced and offers intelligible dialogue with a surprising amount of depth in the midrange and lower frequencies? 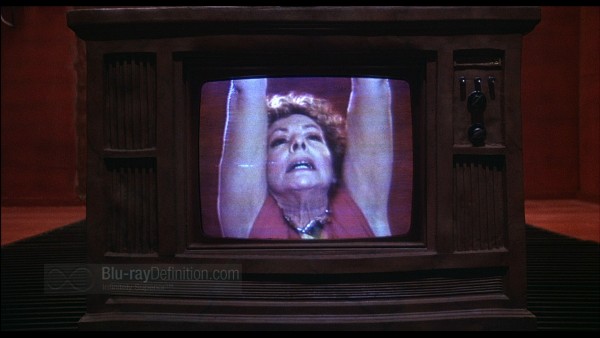 Videodrome’s supplements are given the typically deluxe Criterion treatment, right down to its packaging, meant to mimic those old 80’s-era videocassettes (remember those?). On disc there are two audio commentaries, recorded in 2004, one featuring Cronenberg and cinematographer Mark Irwin, the other brings in James Woods and Deborah Harry. In addition, there are numerous featurettes delving into the making of the film and classic Cronenberg short fans will be happy to see. 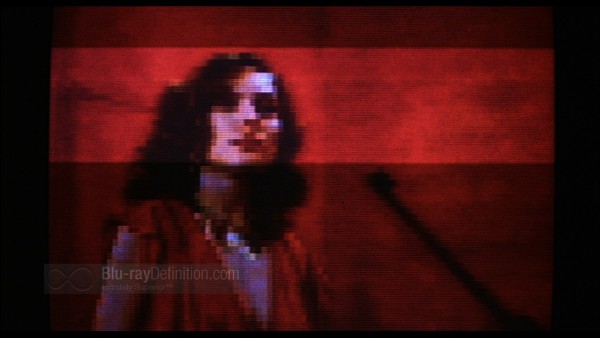 Criterion has another winner on their hands with this breakthrough horror classic from David Cronenberg. It looks great in this new Blu-ray edition and comes highly recommended from this reviewer. 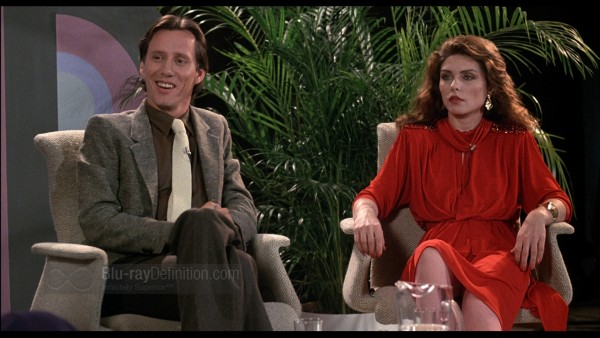 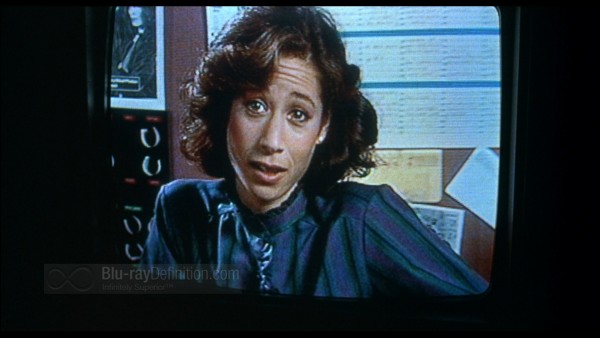 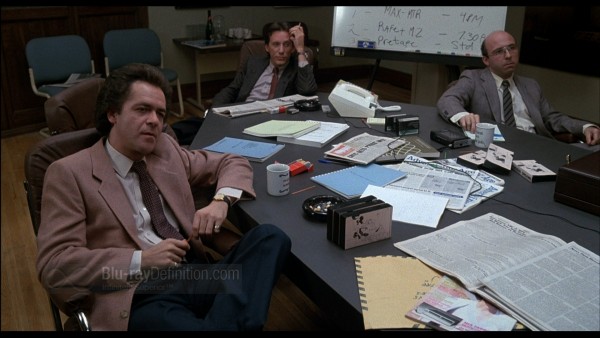 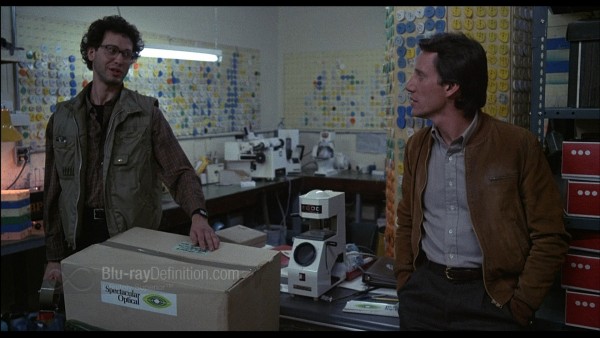 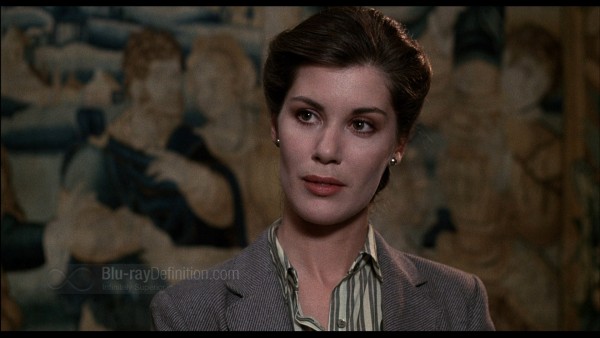