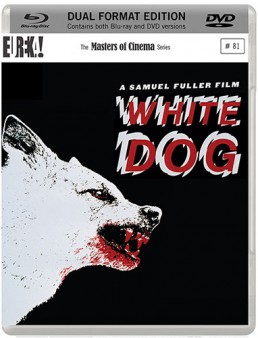 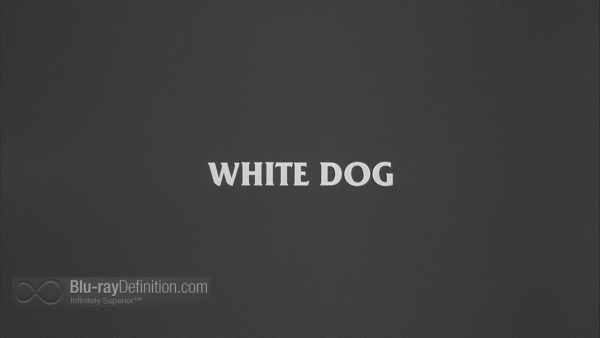 Samuel Fuller’s 1982 film White Dog was unnecessarily plagued with controversy and labels of racism in its native United States and pulled from release by its distributor Paramount. It would, however, be released and critically praised in Europe for its raw look at the problem of racism in America.

Based on a story by Romain Gary and adapted to the screen by Fuller and Curtis Hanson, White Dog is the disturbing story of an actress, Julie Sawyer (played by then still very popular Kristy McNichol), living in the Hollywood hills who accidentally hits a beautiful white German shepherd with her car driving home one night. She takes the dog to the animal hospital to save it and decides to take the dog into her home, nursing the docile animal back to health. One night, a rapist breaks into her home and and attacks her, the German shepherd comes to her rescue, viciously attacking the man. It isn’t long after that that Julie realizes the dog is trained to attack anyone with black skin, or anyone who happens to attack its owner. Distraught, she tracks down a well known Hollywood animal trainer named Carruthers (Burl Ives) who pleads with her to have the animal put down, but she refuses. He puts her on to Keys (Paul Withers), an unconventional Black trainer who has had experience with these sorts of animals before, but has never been able to break them. Keys takes on the task of trying to re-train the “white dog”.

The film is cutting, telling, and a little on the nose, to be sure, mixing elements of a horror film with a more restrained drama. All of the actors play their parts well and dutifully, including a surprisingly good Kristy McNichol who seems rather mature. There’s no mistake that the overriding story in White Dog is the aftereffect of racial animus on American culture, and how it breeds violence. 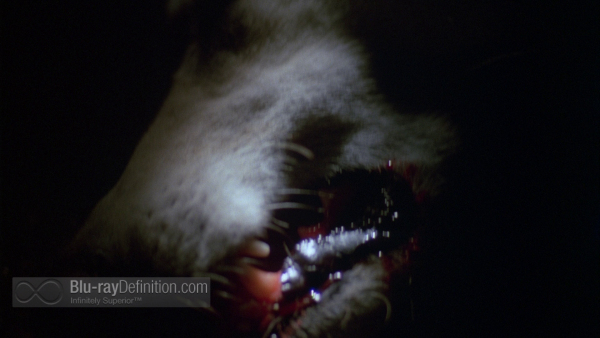 While this transfer, encoded in AVC/MPEG-4 at 1080p tends to look a little bit flat and lacking in overall dynamic range and color saturation, it is nevertheless a pleasing one given the age of the film. It looks generally clean and crisp, with only a little noticeable washout in some darker areas and the slightest hint of noise as well. 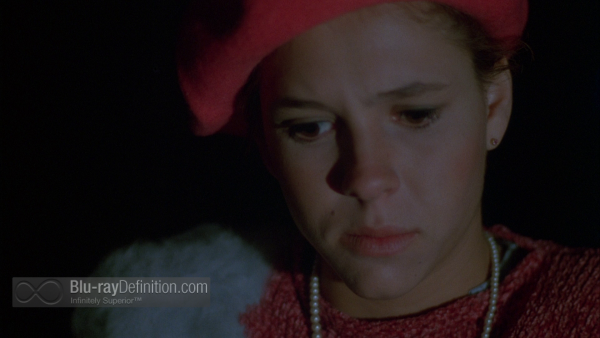 Sound is a serviceable English LPCM 1.0 track that sounds surprisingly full and less boxed-in than one might imagine. No real issues with crackle/clipping plague it. This Dual-Format Edition also comes with a standard DVD of the film included. 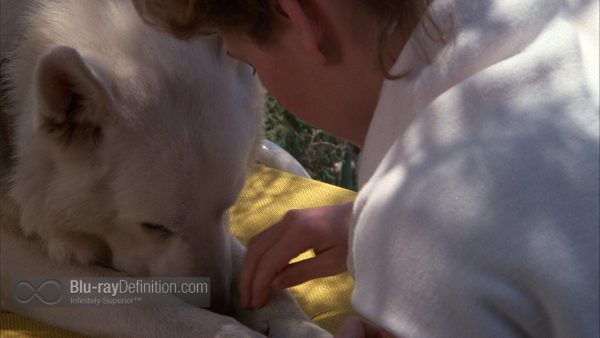 There are no on-disc supplements, but we get a 48-page booklet featuring an essay on the film by critic and scholar Jonathan Rosenbaum, the words of Samuel Fuller, the director’s “interview” with the dog, and rare archival imagery. 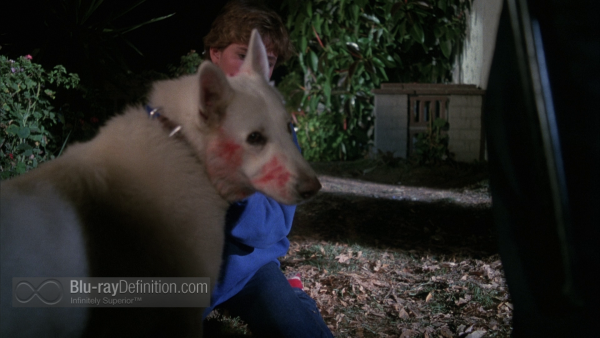 Misguided and misplaced charges of racism and weak-kneed executives aside, White Dog is a powerful look at the problem of race, color, and violence in America. Fuller gives it a raw potency in this film that hits you without any sentimentality whatsoever, and perhaps that is what made people find it so discomforting. 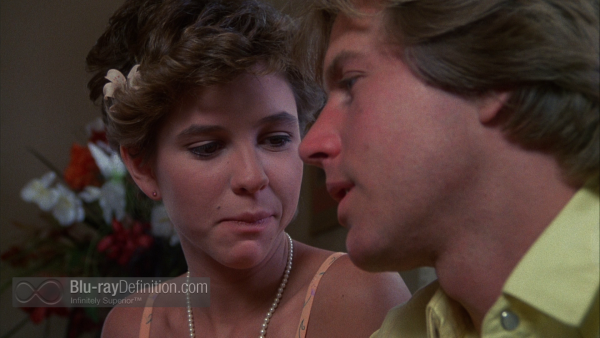 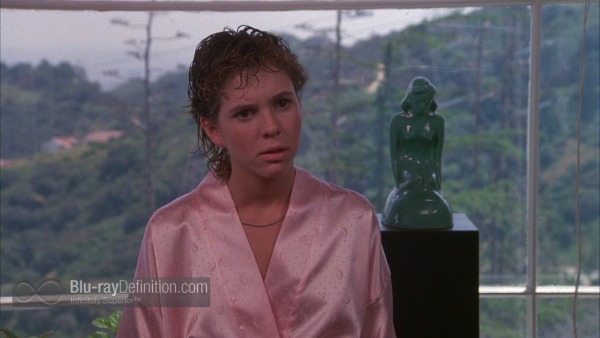 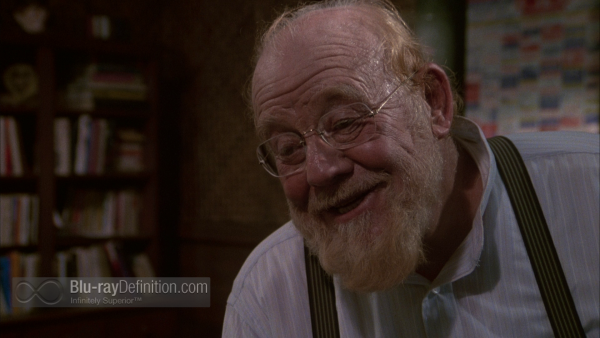 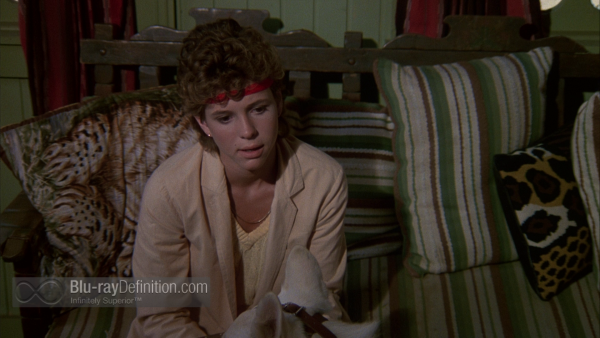 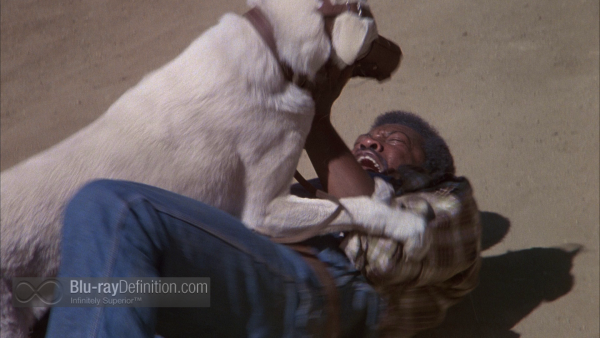 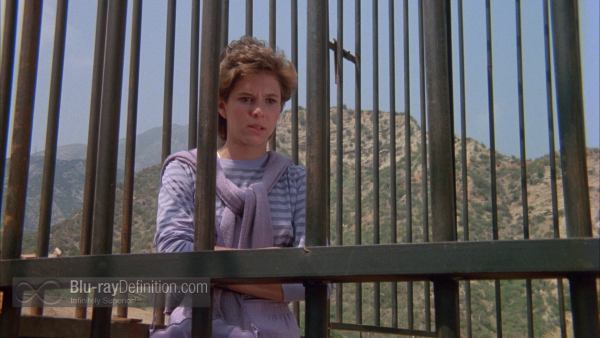 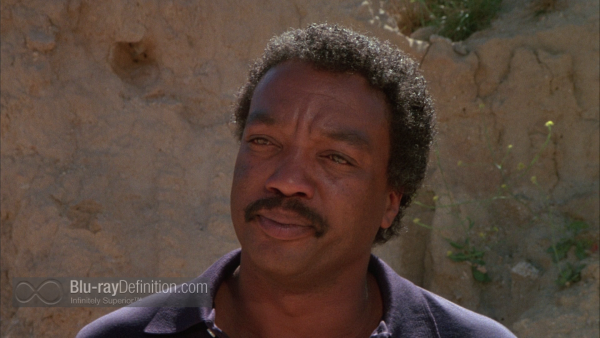 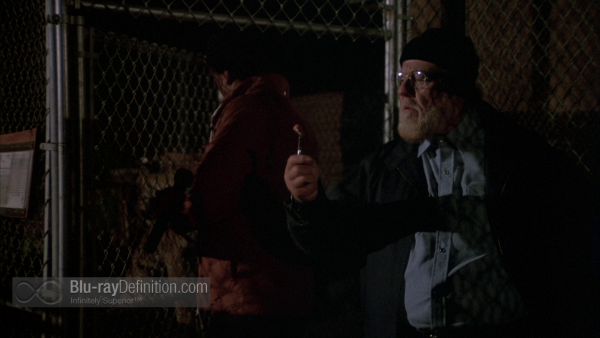 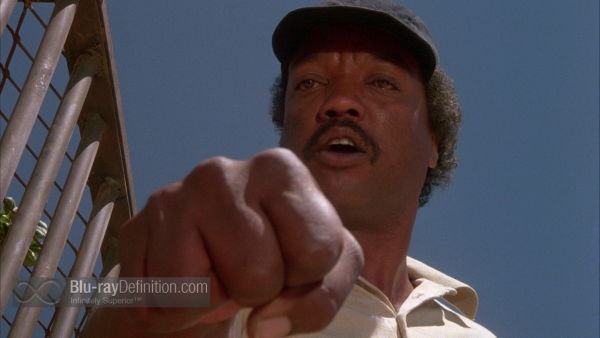 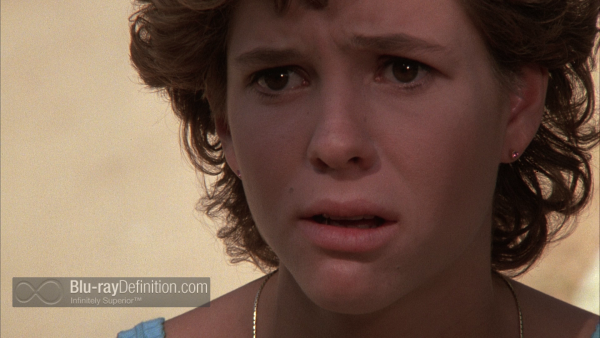 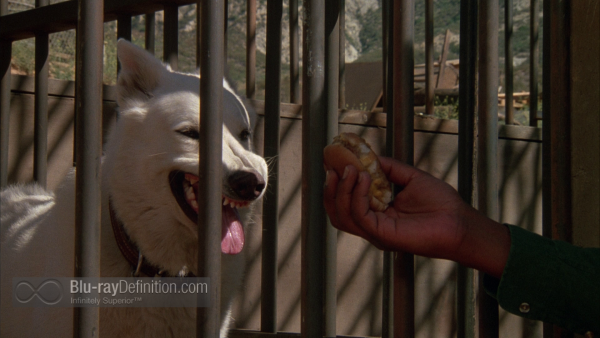