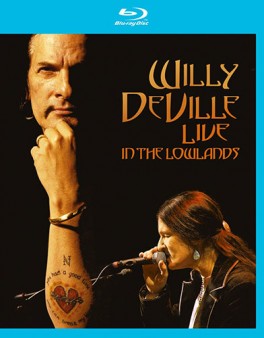 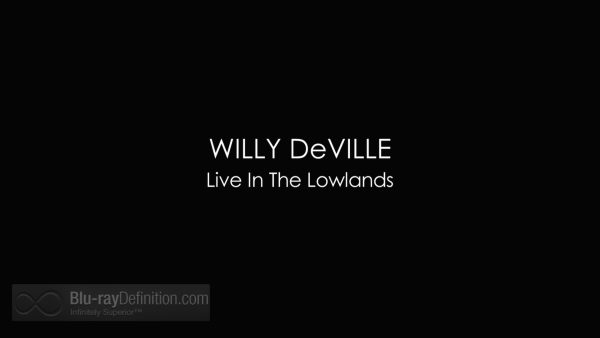 The late William Borsay Jr. AKA Willy DeVille was a fixture on the punk and underground rock scene for decades, most notably in his leadership role of the group Mink DeVille whose songs populate much of the playlist. This 2005 concert originates from the Paradiso club in Amsterdam, hence the tile Willie DeVille: Live In The Lowlands.  Backed by some talented sidemen and vocalists, we get a set that mixes classic rock, zydeco, some New Orleans-tinged blues, and much more: 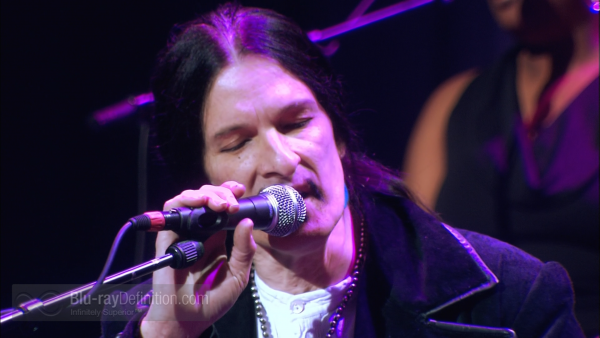 DeVille has one of those gravelly voices that comes from too much booze, tobacco, and chemicals too numerous to recount. Even near the end of his career, Willy still had the ability to draw audiences into his music and make them part of the DeVille experience as this concert so ably demonstrates. 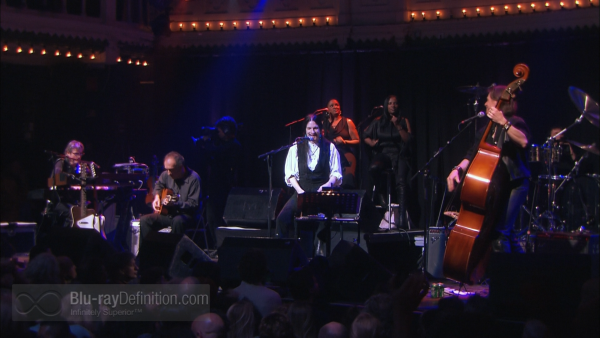 Here is the bad news. There is frequently a home video approach to the camera work with random cuts and loss of focus. While there are some sharp close-ups, this one will not win any videography awards for the overall product. Colors are distorted by the dim lighting and occasional glare of the spots. 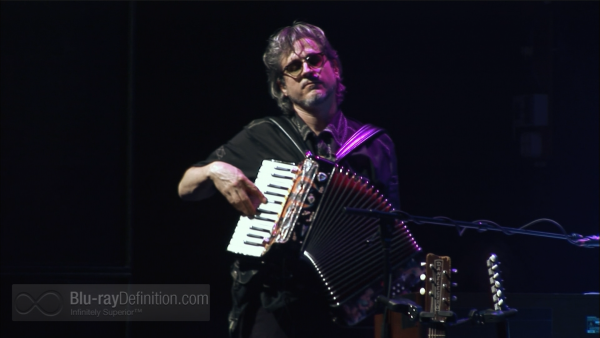 Decent surround and two-channel tracks although the bass is a bit muddy on both, possibly an effect of the venue’s acoustics.  . 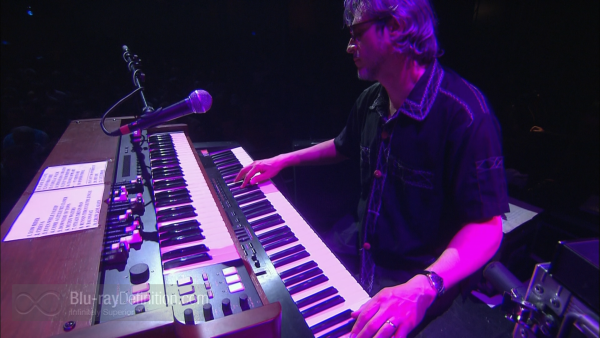 There is an in-your-face series of interviews with DeVille and bandmates that gives you a real flavor of the artist (20:00, English LPCM Stereo 48kHz/16-bit). 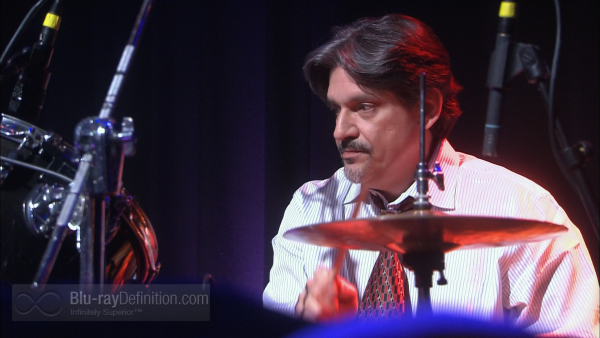 Willy DeVille did not make many concert videos and this one was destined to be his last.  In spite of the visual and audio shortcomings, this is still a great way to see an artist who had the power to rock you (Demasiado Corazon) or to soothe your soul (Let It Be Me). Surrounded by terrific players, this is one that you will want to watch from beginning to end and then some. 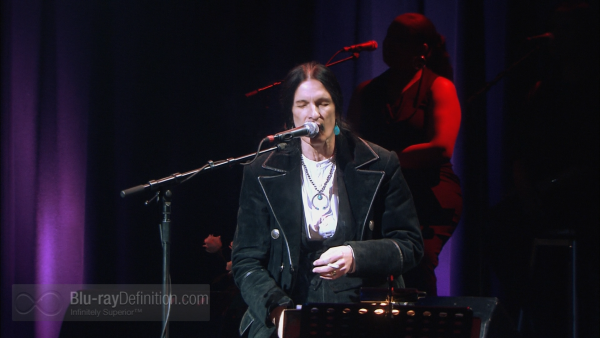 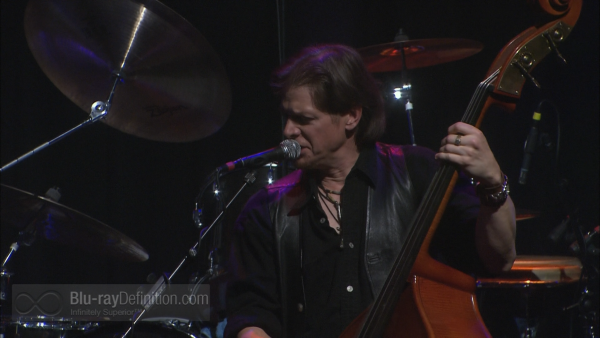 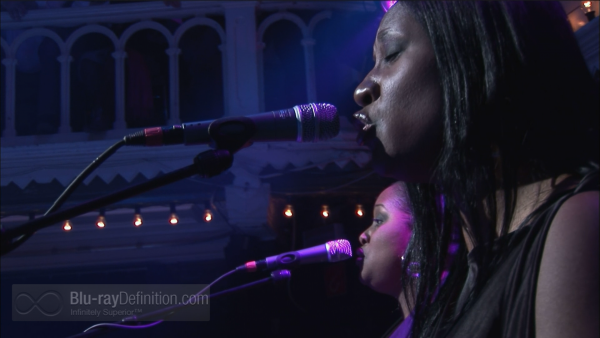 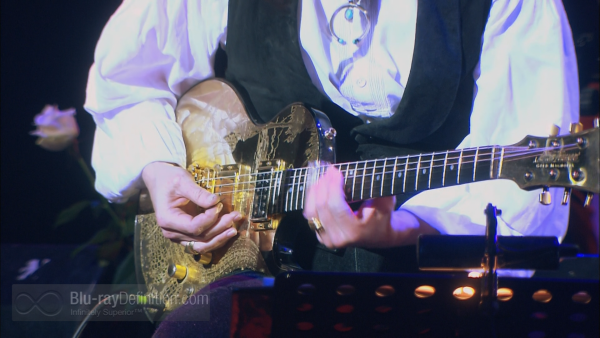 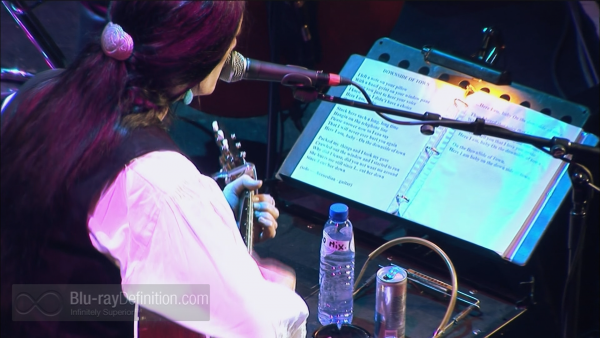 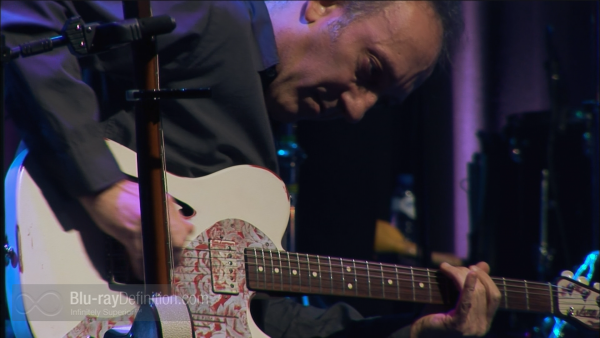