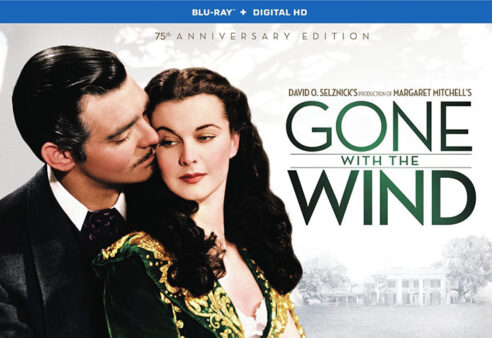 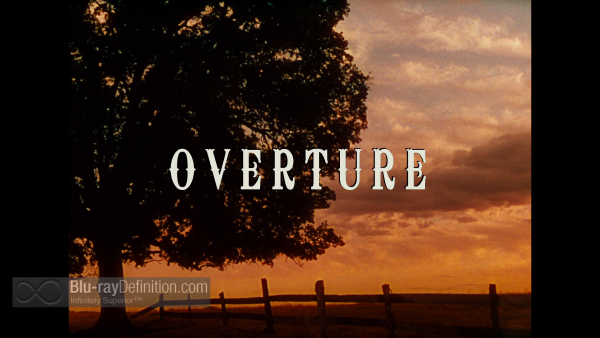 Gone with the Wind has always been a film that has irked me. From the very first time I viewed it as a teen back in the 1980’s to the present, my impression of it has only slightly changed. Whereas when I was younger, I was willing to immediately write it off as utter nonsense and insulting drivel, in my older and wiser years I can see its merits as a groundbreaking technological achievement for its era, but still I say, frankly my dear, I don’t understand the damn fuss over Gone with the Wind.

Based on the novel of the same name by Southern author Margaret Mitchell, Gone with the Wind looks back on the glory days of the Old South, before the Civil War, when everything, presumably, was right with the world. Therein lies the problem. This film has had a virtual army of its own apologists lined up to defend it from virtually day one of its release. Excuses abound about how it’s not meant to be historically accurate. It can’t be looked at through the eyes of what is socially acceptable today. Well, I say in the words of Scarlett O’Hara (Vivian Leigh), fiddly dee.  A sympathetic look at a world of happy slaves, fat black mammies, and the poor misery of conniving, two-timing slave owners who have their world of privilege taken away from them (and by privilege, I mean the right to go on slave driving) from the mean Yankees in the North, wasn’t and isn’t my idea of great entertainment, and probably never will be, I’m guessing. That’s not even mentioning the implied rape scene between Rhett Butler (Clark Gable) and Scarlett O’Hara.

It seems rather odd to me that a film, which even in 1939, had to have whole swathes of its story removed for its film adaptation, such as all references to the Klu Klux Klan and the word “nigger,” with the presumably “less offensive” term “darkie” standing in for it, would have so many people lined up to defend its content. I’ve often wondered if there would be so many defenders of the faith, so to speak, had Gone with the Wind been a sympathetic look at Nazi sympathizers and their happy Jewish “servants?” Should I even get started on the bad Southern accents, non-existent Southern accents, and badly hidden British accents?

Nevertheless, somewhere in this dragged out, unnecessarily long film with overtures, undertures, intermissions, interludes, etc., etc. is a story that people find compelling. The drawn out Civil War-era love story of Scarlett O’Hara, caught between her love for a married man and Rhett Butler, the scalawag who loves her despite all her faults. Dressing it all up is some amazingly realized cinematography by Ernest Haller and set designs by Howard Bristol. Combined with the unforgettable musical score by Max Steiner, those things are what really mark Gone with the Wind as an achievement. In terms of 1939, the technical work done in Gone with the Wind was really quite astounding. In my opinion, however, it still does not exceed that of MGM’s The Wizard of Oz, released in the same year and very much lacking all of the controversial social baggage. 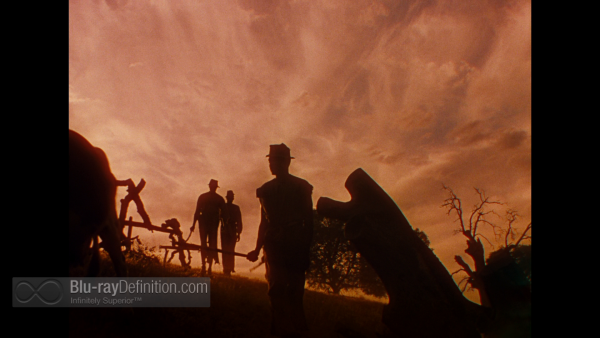 Warner has not undertaken a new remaster or restoration for this 75th anniversary release of Gone with the Wind, and it isn’t necessary. What we get here is the same restoration originally released on Blu-ray in 2009 as part of the 70th Anniversary Ultimate Collector’s Edition, scanned at 8K (8192 pixels of horizontal resolution) from the original three-strip Technicolor negatives before being converted to a 4K master from which the 1080p (1920 x 1080) Blu-ray was sourced.

The film is still encoded in VC-1 and appears in its original 1.37:1 aspect ratio. It looks just as good as it did back in 2009. It looks sharp, detailed, and meticulously cleaned up, yet still organic ad film-like with a fine layer of grain.

Some issues related to age are unavoidable, such as the softening of backgrounds in certain shots and the occasional instance of scratches and dirt that appear, but they are unusual. The resolution is so clear and detailed so as to expose some of the inherent flaws in the now seventy-five-year-old visual effects, such as seams in the painted backdrops or some obvious in-camera visual effects. 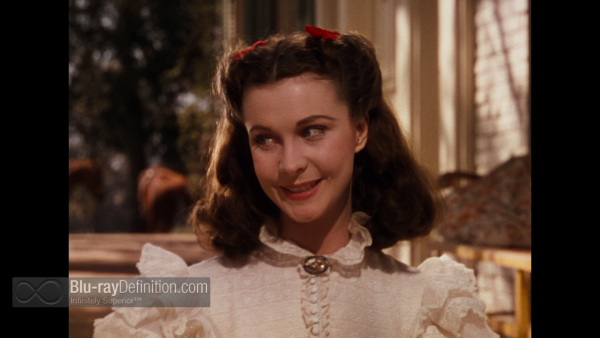 The audio tracks also remain identical in every way, including foreign dubs.

The English Dolby TrueHD 5.1 (48kHz/24-bit) soundtrack still holds up reasonably well for a remix of a monaural soundtrack. It opens up the soundstage with a boost of ambience in the surround channels, a decent spread of sound across the front channels, and a surprising amount of low frequency depth in the LFE, particularly when General Sherman’s canons start raining down on Atlanta.

For those who’d like to hear something a bit more authentic, the original monaural soundtrack is also provided, in Dolby Digital 1.0. 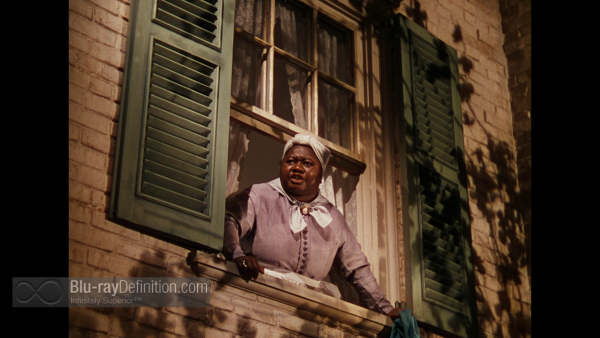 All of the DVD supplements from the 70th Anniversary Ultimate Collector’s Edition have been retained, plus two new high definition featurettes have been added on a separate Blu-ray Disc. What this set loses, however, are these bonus items:

2-Sided DVD: MGM: When the Lion Roars — 6-hour documentary on the history of MGM. 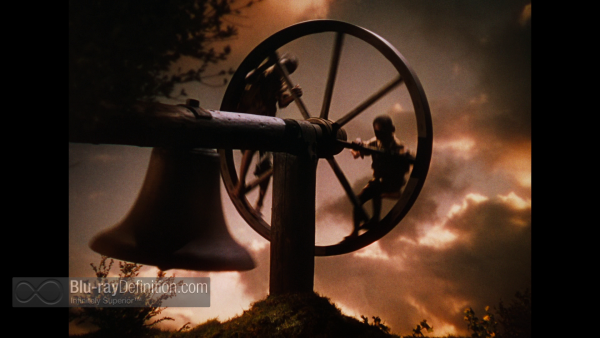 Although some of the bonus swag has been deleted from this edition, this set is still a great bargain and the film’s 2009 8K restoration holds up incredibly well. Anyone who didn’t purchase Gone with the Wind‘s 70th Anniversary Collector’s Edition on Blu-ray should not feel cheated at all with this fantastic set. 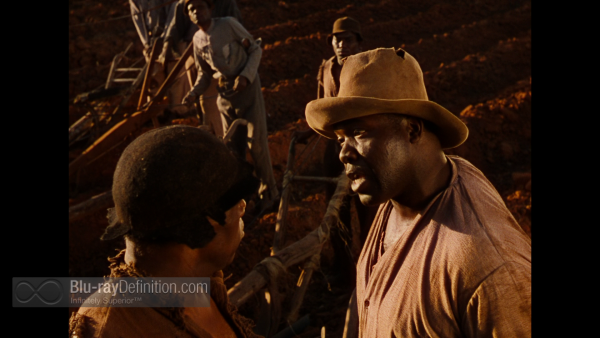 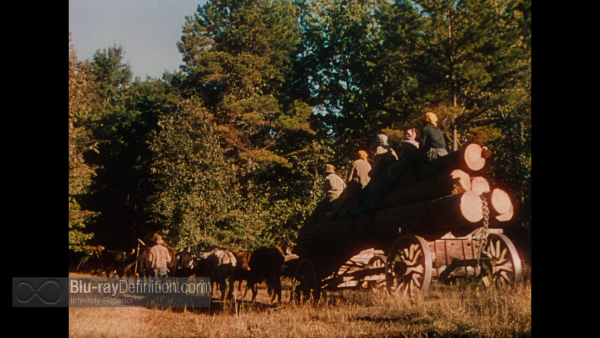 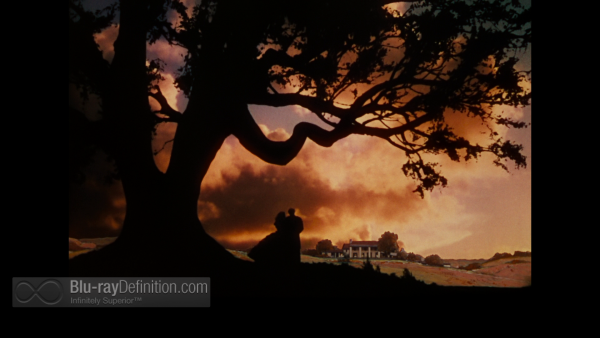 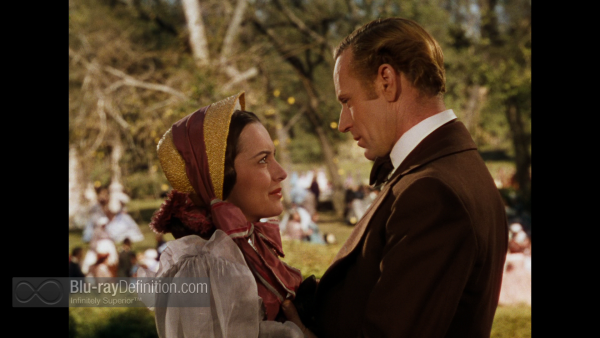 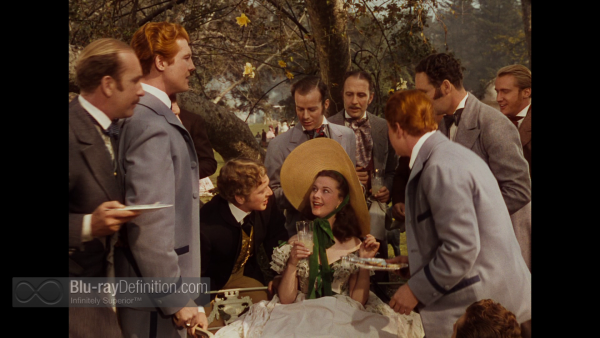 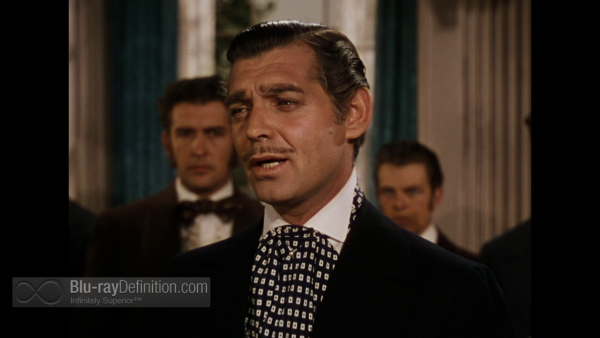 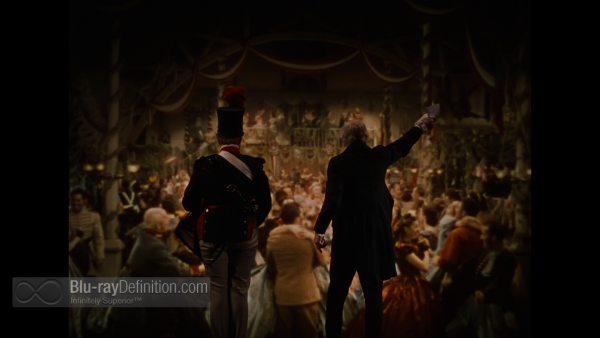 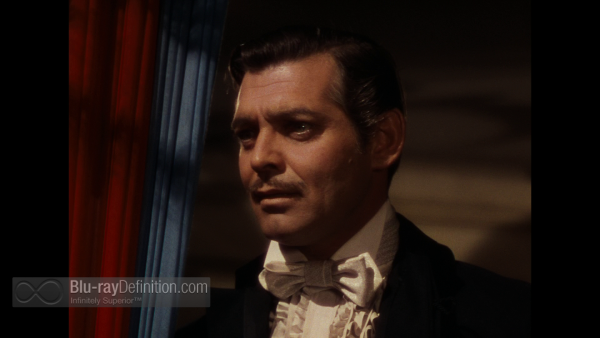 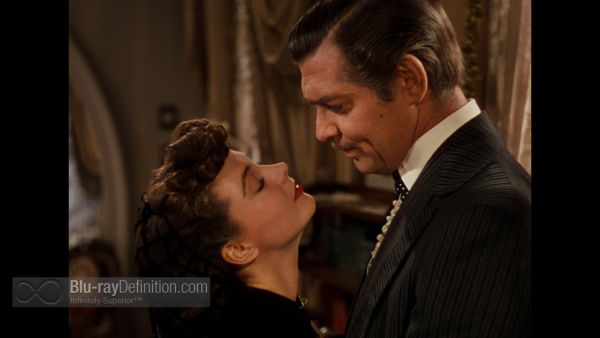 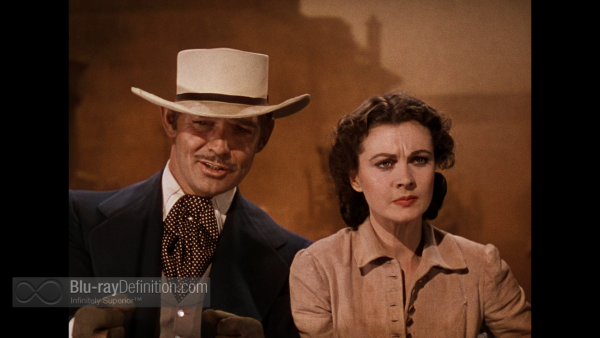 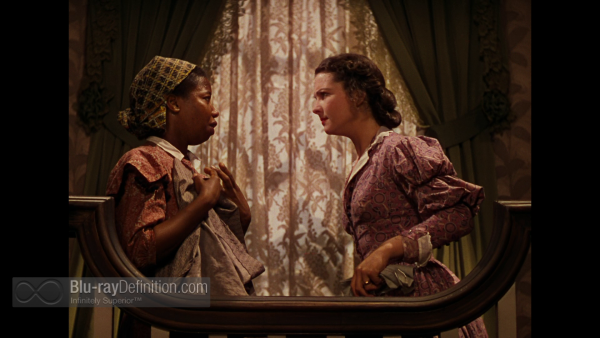 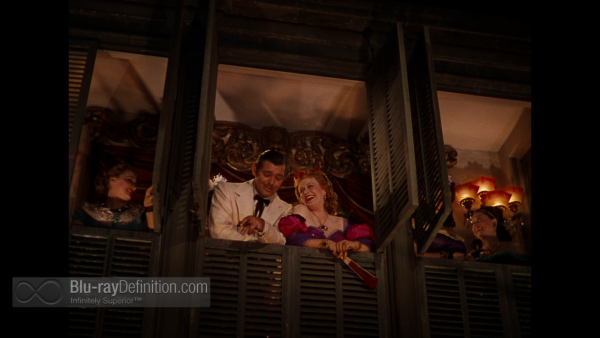 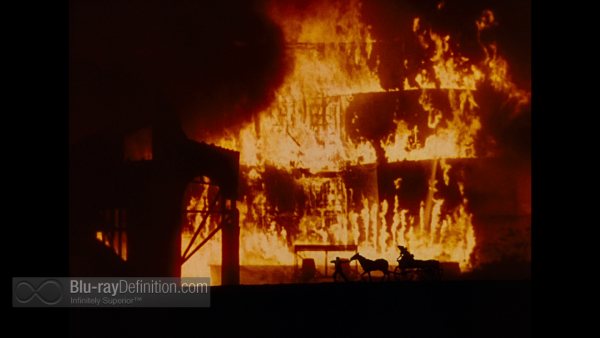 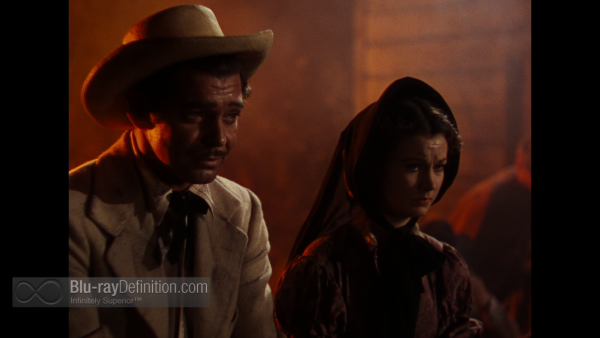 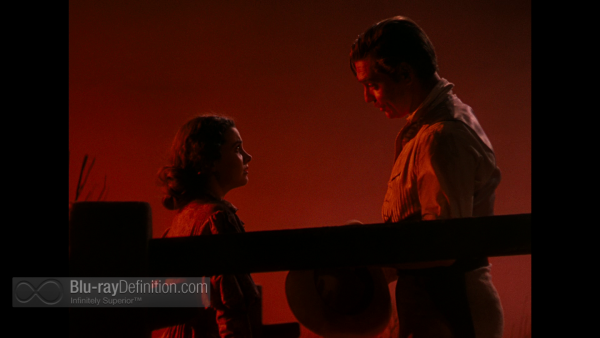