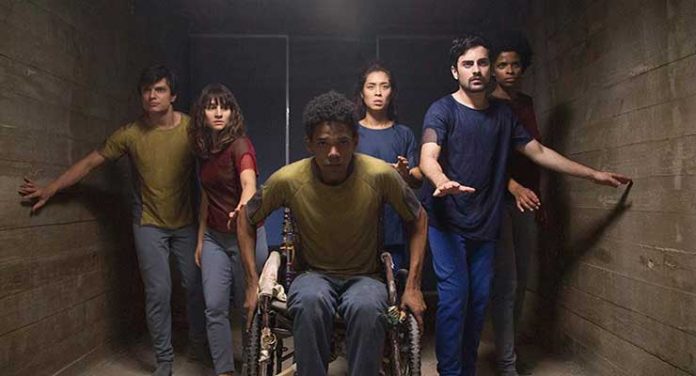 The concept of a future world in which the elite hold sway and manipulate the lower rungs of society goes back to the early 20th century  novels of H.G. Wells (A Modern Utopia) and Aldous Huxley (Brave New World). The recipe for creating a 21st century dystopia would include a dollop of The Maze Runner, a tablespoon of Divergent, both liberally seasoned with The Hunger Games, that would yield 3%, Netflix’s initial foray into Brazilian television. This eight-episode series is a tale of a future society in which your fate is decided by age 20. The series’ title refers to the percentage of young people selected for the idyllic (and unseen) world of the Offshore. The remaining 97% are relegated to the Inland, a bleak, grimy environment in which the Amazon rainforest has become a desolate wasteland.

The path to this better life requires that each applicant surmounts the rigors of the “Process” and there is only one chance to succeed. Ezequiel (João Miguel), the Process Leader, has a tragic backstory that involved his gorgeous wife Julia (Mel Fronckowiak). His supervisor Nair (Zezé Motta) warns Ezequiel that Aline (Viviane Porto), an agent sent by Councilor Matheus (Sérgio Mamberti), will be investigating him. A group known simply as the Cause foments ongoing unrest on the Inland. One of the rebel leaders has been captured but Process security chief Cassia (Luciana Paes) cannot get him to reveal the names of two “moles” that have recently infiltrated the Process, posing as candidates. 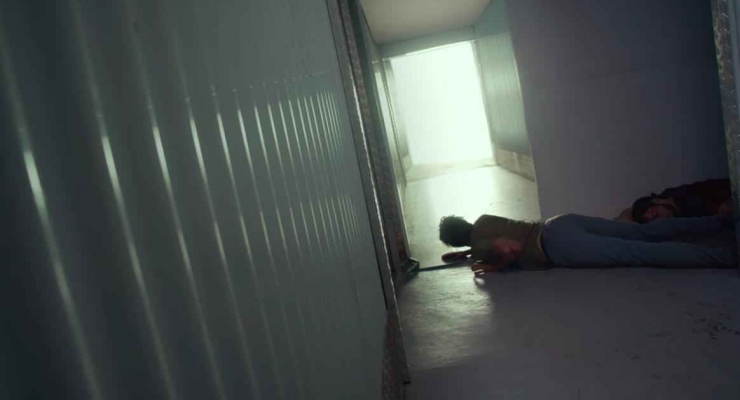 Gradually the candidates begin to bond and we learn more about their personal lives during the continued testing to make the 3%. As the challenges become more difficult, divisions in the group appear and eventually acts of violence further thin the ranks. The Process team watches from a distance and exercises its ultimate godlike power to determine how each test will conclude. Tension builds as the risk of failure increases; after all, only 3% will make it to the Promised Land.

Pedro Aguilera has channeled some of the better elements of dystopian cinema into his original script aided by co-writers Jotagá Crema, Cássio Koshikumo, Ivan Nakamura and Denis Nielsen. The four directors, Crema, César Charlone, Dain Giannecchini, and Dani Libardi, have collaborated seamlessly on this sci-fi thriller and maintain its taut pacing from beginning to end. The Brazilian cast headed by João Miguel features several up-and-coming actors like Comparto, Gomes, Valente and Oliveira who deliver most convincing portrayals of conflicted youths. Eduardo Piagge’s cinematography, mostly in closed in spaces, benefits from its 4K original source and André Mehmari contributes an atmospheric score. As is the case in many new series, we get a conclusion that leaves a number of unanswered questions, suggesting hopefully that there will be a Season 2. A thought-provoking fantasy that takes a different tack from many of its predecessors and one that is well worth exploring. For viewers that do not speak Portuguese, not to worry as there are plenty of subtitles and an English dub available.

3% is currently available for streaming on Netflix.