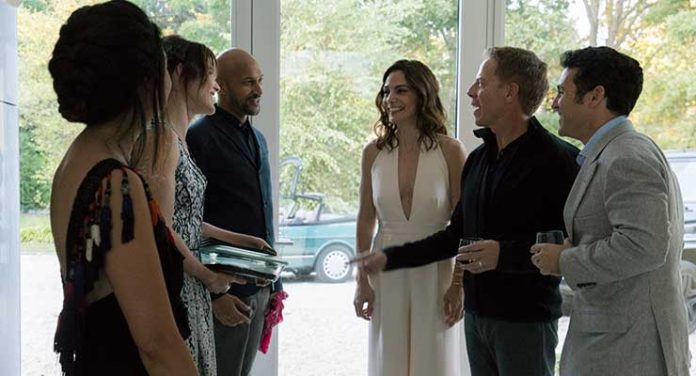 Close to the end of Friends From College, one of the former Harvard classmates in the film’s title, architect Samantha “Sam” Delmonico (Annie Parisse), and her non-classmate  husband Jon (Greg Germann) are taking his daughter Chloe (Rachel Resheff) to a Harvard College interview when the young lady makes one of the more telling comments of the series: “It was easier to get into back then.” If the six Gen-Xers of this 8-episode series were at all typical of those that graduated 30 years after I did, then I might need to reconsider my annual alumni contribution.

Another classmate, novelist Ethan Turner (Keegan-Michael Key), has been carrying on a steamy two-decade affair with Sam that, amazingly enough,  has avoided detection by both Jon and  Ethan’s corporate lawyer wife Lisa (Cobie Smulders) who was “only” a freshman when the others graduated from Harvard.  Lisa’s new job with the “Blackstool” (get it?) hedge fund firm gets the Turners back to New York and to “temporary” digs in classmate Marianne’s (Jae Suh Park) apartment. Marianne, a dilettante whose resume is a series of “temp” jobs, has, as her latest project, a gender-reversed production of A Streetcar Named Desire. The two other college friends are literary agent Max (Fred Savage) who is partnered with humorless gynecologist Dr. Felix Forzenheim (Billy Eichner), and aimless trust fund recipient Nick (Nat Faxon) who spends his time bedding down much younger women.

FFC is a crisis-driven show. Max convinces Ethan that his latest  novel won’t sell unlesss he sells out his artistic principles and makes it more YA (young adult) appealing. Lisa’s first day at the testosterone-ridden workplace run by chauvinist-in-charge Degrasso (Ike Barinholtz) is her living hell. Did lawyer Lisa actually interview for this position but then how else would we have gotten a massive dose of  dumb frat boy  humor?  While Ethan and Sam continue their torrid trysts, the Turners undertake a $30K IVF treatment that is undermined by every “conceivable” disaster that can befall an infertile couple. After the fertility drugs fail, Ethan decides to cheer Lisa up with a “party bus” tour of New York State’s wine country for her and their friends. Fueled by lots of bad vino (and drugs), the group manages to damage the bus and Max’s relationship with Felix. 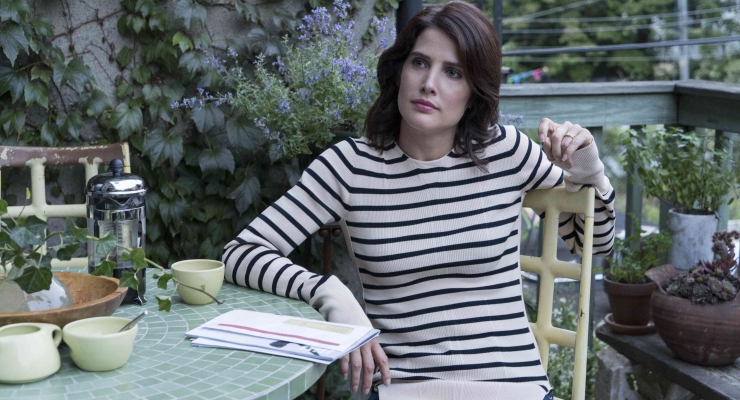 FFC’s low-brow humor  continues at classmate Rich Colgan’s (Shannon McClung) second wedding. Another Harvard alum, Dr. Paul “Party Dog” Dobkin (Seth Rogen), and Max make tasteless toasts while twerking spray-tan bridesmaids become the main attractions (ugh!). Later, Lisa loosens up her libido with Nick during a Blackstool business junket to the Caymans. In short order, she sprains her ankle, gets too much sun, quits her job, and only then considers “rethinking her life.”  There is much more, but, by now,  you get the drift.

This Netflix Original series too often substitutes slapstick for substance, and telegraphs the few really funny events way too far in advance. The leads portray prime cases of arrested-development that peaked in college and have been running in place ever since. Veteran comedian Keegan-Michael Key’s incessant mugging and Annie Parisse’s perpetually pained expressions have become tiresome by the end of Episode One. I also lost count of the number of “we have got to talk” moments that, had they ever happened, might have actually made the characters interesting. Well before Sam’s ultra-expensive Merc SUV rolls into the family swimming pool, I had  stopped even caring about the fates of these six friends. It also struck me as ironic that the Harvard-grad husband-wife creative team of Stoller and Delbanco could not have given us a better bunch of classmates, who, according to Chloe,  probably did benefit from Harvard’s “easier” admission standards of the past. Netflix is on the fence about a Season 2 but, without a major creative overhaul for this series, I will become a Friends from College dropout.

Friends from College: Season 1 is available in its entirety for streaming on Netflix.