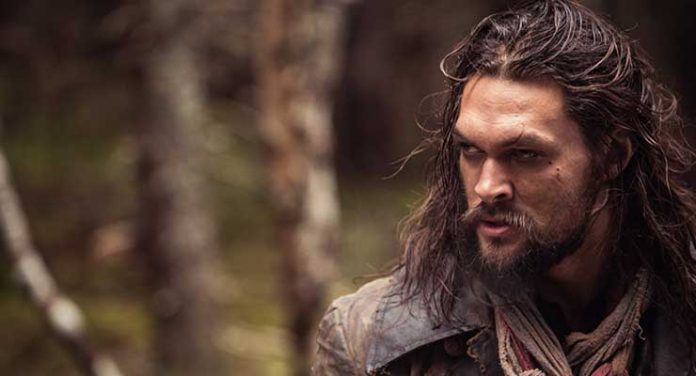 Frontier opens with rogue fur trader and half-Cree, half-Irish Declan Harp (Jason Momoa) slitting the throats of three captive British soldiers. In London, British Captain Chesterfield (Evan Jonigkeit) apprises HBC director Lord Benton (Alum Armstrong) of this event and the latter decides to go to Fort James, capture Harp and make an example of him. As we find out much later, there is an extensive backstory between the two men including the deaths of Harp’s family. Harp sends French trapper Jean-Marc Rivard (Paul Fauteux) to arrange a business meeting with wealthy American fur trader Samuel Grant (Shawn Doyle) who is also being sought out by brothers Douglas (Allan Hawco), Matthew (Michael Patric) and Cedric Brown (Stephen Lord) to save their debt-ridden Low Country trading business.

Young Irishman Michael Smyth (Landon Liboiron) stows away on Benton’s ship that sets sail for Hudson’s Bay while his girlfriend Clenna Dolan (Lyla Porter-Follows) has been imprisoned. Once at sea, Michael saves Lord Benton from being stabbed by a crewman and is offered rewards, including Clenna’s freedom, if he can infiltrate Harp’s organization and help with its downfall. When they land at Fort James, Michael meets the worldly priest and guide, Father James Coffin (Christian MacKay) who promises to take him to Declan Harp but Harp’s emissary Sokanon (Jessica Matten) bails them out after a close call in the forest with Chesterfield and his men. 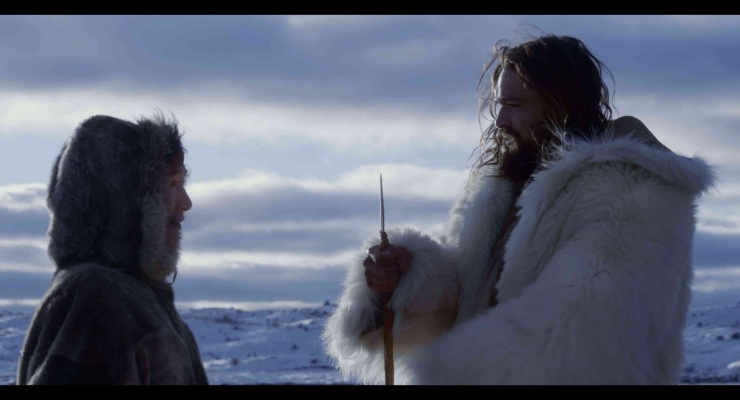 As the series progresses, fur trading is depicted as an often brutal and bloody business. Innkeeper Grace Emberly (Zoe Boyle) suggests that Chesterfield might be a good replacement for the loutish Governor Threadwell (Alan C. Peterson) whom Benton has just hanged. There is growing concern in England that the HBC is not faring well, so the company sends Captain Johnson (Charles Aitken) to pay an official visit. He brings a mysterious passenger who turns out to be none other than Clenna Dolan. She later meets up with Michael who intends to spirit her away.

This six-episode Season 1 careens onward, as Harp and his small group of loyal supporters plan to attack British troops in the Fort James garrison but things go very awry during a mêlée in Grace’s pub. This is a very violent and visually arresting mini-series, with serious echoes of The Revenant, and its final episode leaves enough hanging pelts to surely merit a Season 2.

Frontier has production values that are through the roof. The six episodes were filmed in native 4K and also sport a lossless high-resolution soundtrack that yields splendid sights and sounds. The recreation of pre-Revolutionary War North America is precise to the very last details of wardrobes and sets and filmed appropriately in Nova Scotia. It is also provides a sharp commentary on social injustice, faux religion, and people of a different era who operate by very different rules. While this is literally and figuratively a very dark show, Frontier provides viewers with a very strong cast, a well-crafted script, tautly paced direction, and a compelling story. For the many fans of historical drama, it does not get much better than this.

Frontier: Season One is currently streaming in its entirety on Netflix.