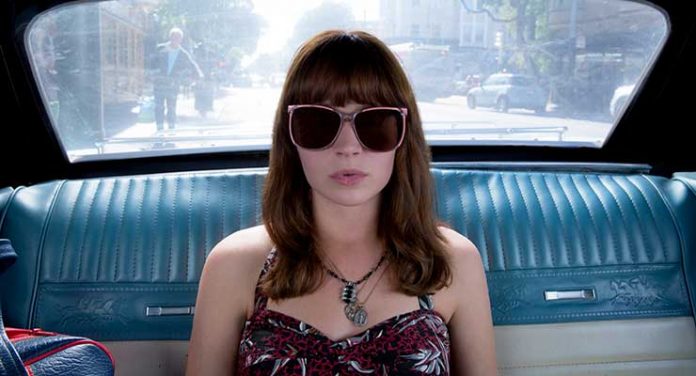 Based on her autobiographical account, #Girlboss, by self-made California millionaire Sophia Amoruso what follows “is a loose retelling of true events….real loose” in Season One’s thirteen episodes.

Twenty-three year old Sophia Marlowe (Britt Robertson) is renting a crappy cramped apartment in San Francisco and looking for a better lifestyle. Her divorced dad, Jay (Dean Norris) is quite concerned about her bohemian ways and lack of direction. Exuberant gal pal and cosmetic salesgirl Annie (Ellie Reed) keeps Sophia plugged in to the vibrant SF nightlife. Sophia has a new main squeeze, Shane (Johnny Simmons), a drummer in a local band; Annie is dating Dax (Alphonso McAuley) who tends bar by night and attends business school by day. Everything changes for Sophia when she gets canned as a shoe salesperson for surfing the ‘net and munching her boss’s sandwich. Unable to pay her rent, an out-of-work Sophia visits Mobias’s (Jim Rash) consignment shop and picks up a vintage 1970s motorcycle jacket for nine bucks, then sells it on eBay for $600! Sophia starts working as a security guard at an art academy to get health insurance (she has a hernia that may require surgery) and continues to sift through consignment stores and estate sales for more vintage clothes to sell.

Sophia is trying to find a name for her online business, and, bingo, it becomes “Nasty Gal Vintage.” As her sales skyrocket and her apartment becomes cluttered with clothes, she uses her cutting and sewing talents to “improve” yesterday’s classics and resells them as something better and, of course, more expensive. But selling on eBay is not without its challenges, as Sophia shares some not so stellar buyer feedback with Annie, deals with a stained wedding gown crisis, and gets her account suspended, courtesy of policy violations reported by a group of rival vintage clothes merchants. 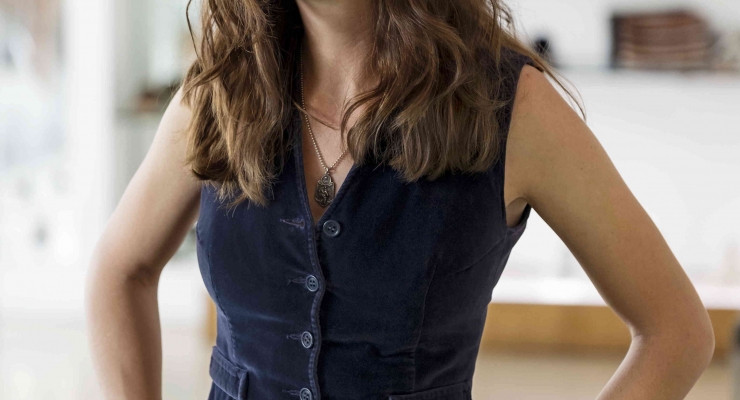 Focusing solely on her Nasty Gal business, Sophia’s love life and sex life hit some rough spots. When the entire fabric of Sophia’s business unravels, she visits her long-estranged mother Kathleen (Alice Ripley) in Kansas City during the Christmas holidays. Sophia is a gritty, resilient girl and, working against considerable odds, she tries to claw her way back into the world of vintage clothes and become an Internet sensation once again.

Girlboss falls into the burgeoning new television category of “crass-coms,” situational comedies that feature ordinary people contending with the harsh realities of life like making ends meet. Britt Robertson (who looks like the girl next door but cusses like a sailor) has had a meteoric rise on the silver screen while transitioning from ingénue roles (Beth in Cherry) to strong young women (Casey Newton in Tomorrowland). As each episode’s focal point, she never lets viewers forget that beneath her tough exterior there is still a very vulnerable and insecure person who needs constant approval. She is well matched by her primary ensemble: the effervescent Reed, the earnest Simmons, and the pensive McAuley. As bonuses, the supporting cast features some memorable bit parts played by Rupaul, Norm Macdonald, Jim Rash, Dean Norris, and Louise Fletcher. Writer and actress Kay Cannon clearly understands her lead character and has made a spot-on adaptation of Amoruso’s book for the small screen. The five different directors produce pacing and continuity in each 26-minute episode that is brisk and cohesive. As a 21st century counterweight to such classic 1990s sitcoms as Friends with its 20-somethings angst, Girlboss explores and mostly succeeds with social themes that are more contemporary. Although the real Nasty Gal business folded, I hope that we get at least one more season of Girlboss.

All 13 episodes of Girlboss are currently available for streaming elusively on Netflix.