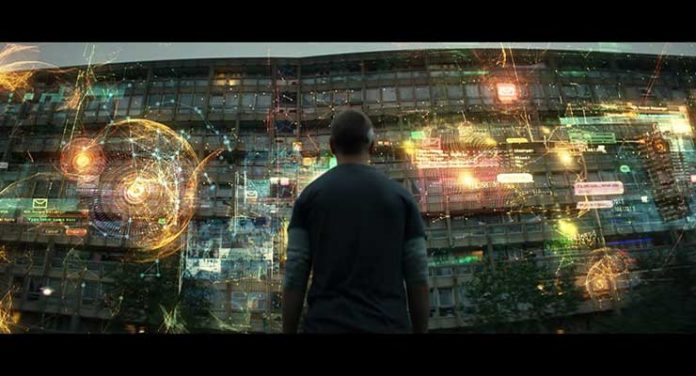 Tom Harvey (Bill Milner) is a typical “wired” British high school student and quite fond of his classmate, the petite and saucy Lucy (Maisie Williams). Tom’s junkie mother is long dead, so he lives with his grandmother Nan Harvey (Miranda Richardson) a writer of steamy “romance” novels. His life permanently changes when he goes to visit Lucy later that evening. On entering her apartment, Tom discovers a burglary and sexual assault in progress, and while making a distress call on his cell phone, he gets shot in the head. After waking from his coma, Tom finds out that shards from his smart phone are embedded in his brain and these will become antennae to a vast electronic world. He returns home and begins to receive a flood of strange visions, sounds and voices that will translate into “super powers” that can control electronic devices of all shapes and sizes. When he starts texting Lucy, who has yet to return to class, he adopts a new persona, “iBoy.”

Tom starts to piece things together and identifies the burglars as classmates Eugene (Charley Palmer Rothwell), Ant (Armin Karima), Cass (Shaquille Al-Yebuah), and Cutz (Aymen Hamdouchi). As iBoy, he initiates a campaign to undermine and humiliate these young men and other drug dealers in his apartment complex by hacking into their phones, destroying their cars and appliances, and making off with a large stash of coke. His war against the criminals continues with an anonymous broadcast to the police who “find” the packets of drugs that Tom has planted in the drug runners’ flats leading to several arrests. Drug lord Ellman (Rory Kinnear) sends his remaining gang out to terrorize the apartment dwellers and steal every one’s cell phones and computers. Ellman becomes aware of Tom’s extraordinary and exponentially expanding mental powers and compels him to hack into private bank accounts and transfer the money to his account. If Tom does not comply, his family and friends will be harmed. Ellman describes the essence of their encounter: “You don’t call the devil and then get upset when he turns up.” 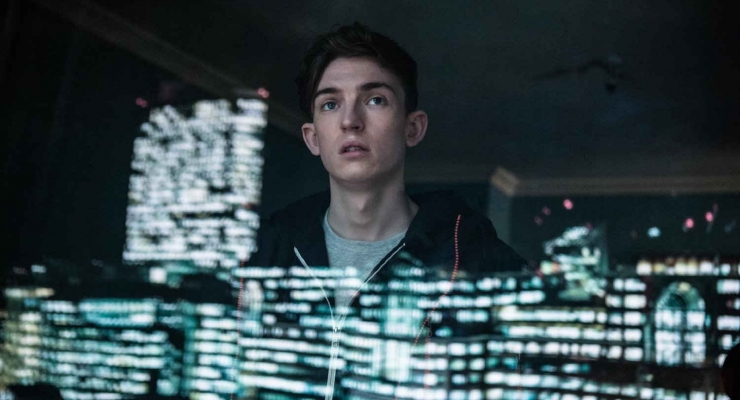 This 21st century “black hats versus white hats” film relies on the usual stereotypes to gain the sympathies of its viewers and ultimately leads them to the “riding into the sunset” ending that we all want. After all, this is as a much the love story of two disarming adolescents as it is a sci-fi fantasy thriller. The use of CGI effects is judicious and stays out of the way from the personal issues that drive this often-touching little film. With the exception of Miranda Richardson, a stalwart of contemporary British cinema, the remaining cast was new to me but all did a splendid job of portraying their characters in a more straightforward manner than is typical of contemporary UK cinema. Deft camera work by Eben Bolter’s crew and a rough-and-tumble score by Max Aruj and Steffen Thum support the heartwarming chemistry between Milner and Williams that percolates as the film progresses. Netflix Original has an unusually keen eye for overseas productions and this one is assuredly one of the new picks of the litter.

iBoy is currently streaming on Netflix.