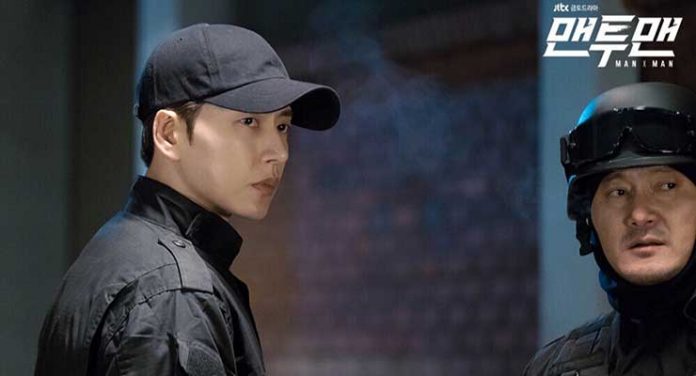 According to the Korean National Intelligence (NIS) agency, Ghost agents “are planted more deeply with fake identities and operate discretely.” Seol-Woo Kim (Park Hae-jin) is such an agent whom Deputy Dong-hyun Lee (Jung Man-sik) assigns to bust Soviet Intel Agent Petrov (David Lee McInnis) out of a Hungarian maximum-security prison. Kim or “Agent K” is a “smooth operator” with James Bond skills and frees Petrov in no time flat. He returns to an elaborate Seoul hideout replete with surveillance devices and weapons, and gets his next mission from Deputy Tae-Ho Jang (Hyeong-seong Jang): find the missing “Agent Y,” Robert Yoon (Kim Jong-goo). Yoon may already be dead and was the last person to see three small wooden figures that hold the key to a fortune amassed by the late owner of the Songsan Corporation, Chairman Byong-do Mo (Jeon Gook-hwan). To find these figures Kim must compete with Mo’s grandson Songsan mogul Seung-jae (Yoon Sung-jae), Congressman Baek (Ho-jin Chun) and the entire National Intelligence Service (NIS).

The “Man-to-Man” relationship of this series’ title begins when screen action villain Woon-gwang Yeo (Park Sung-Woong) a narcissistic Hallyu movie star, hires Kim to be his bodyguard on the recommendation of former film star and girlfriend Mi-Eun Song (Chae Jung-an). This unlikely bromance soon pays off during a film shoot when Kim rescues Woon-gang from a car crash. Later, Kim accompanies Woon-gang and company to Russian Chairman Viktor’s birthday party where he steals the first carving. A fledgling romance between Do-ha (Kim Min-jung), Woon-gwang’s manager, and Kim will figure into the agent’s acquiring the second wooden figure at an international “Black Auction.” 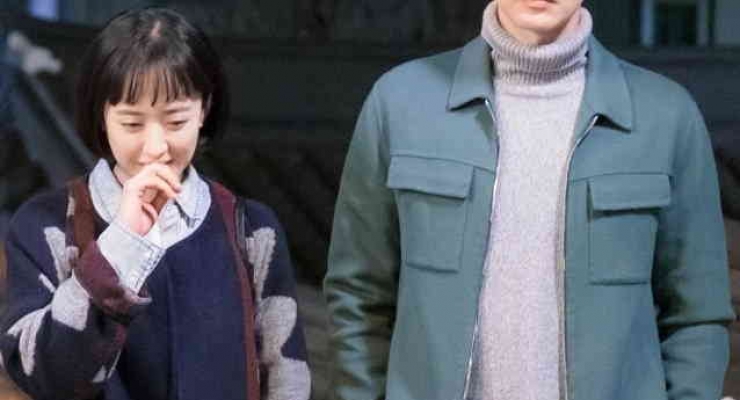 Seung-jae is married to Mi-Eun (Chae Jung-an), owner of the Chewing Company Studio, and has an adorable son Jae-jung (Lee Min-ho). He recruits Deputy Yang to help him obtain the final figurine so he can lay hands on his grandfather’s ill-gotten goods and become mayor of Seoul.

This series is a slow-burner and it is not until the halfway point that we get into the high-energy spy vs. spy action. Congressman Baek, campaigning for mayor of Seoul, sets out to expose all past and present “ghost” agents in the NIS. Suk-hoon Im (Kang Shin-il), the NIS Director, returns to this chaotic situation and several unholy (and unlikely) alliances are next formed among the principals—Baek, Do, Im, Kim, and Jang— that threaten the entire agency. The search for the final carving proves to be the most challenging as it will supposedly end Kim’s final mission as a Ghost agent or will it? In the time-honored tradition of spy-thrillers, plenty of plot twists remain including the outing of more “ghosts” and the revelation of additional secrets as Man to Man races to a bang-bang finish that may surprise even the savviest viewers.

The “bromantic” scenes between the highly extroverted Woon-gwang and his new “brother” the dead-pan Kim coupled with the romantic sparring between Kim and Do-ha serve as dramatic pause buttons, offsetting the series’ relatively few violent sequences. Man to Man is just plain fun to watch and nicely balances stretches of perky comedy with the palpable hazards of a black ops world. Some of South Korea’s best-looking contemporary film and television actors fill out the cast while topflight production values and stunning wardrobes add to the show’s eye candy. The finale broadly hints that there will be a Season 2. I certainly hope so since this is a show well worth exploring.

All 16 episodes of Man to Man: Season 1 are available now for streaming on Netflix.