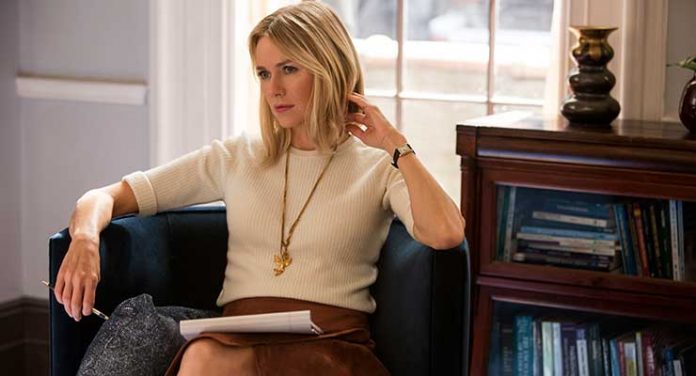 Psychotherapists are tantalizing subjects for television shows (In Treatment, Chance) as we often wonder what goes on inside the heads of those who probe their patients’ psyches for a living. Gypsy is Netflix’s latest response to the personal puzzles that therapists pose, as Season 1’s ten episodes focus on New York-based therapist, Dr. Jean Holloway (Naomi Watts, TV’s Twin Peaks). For the “record,” the Stevie Nicks’s song, reprised in the opening credits, has no obvious connection with the show’s themes.

“There is one force more powerful than free will; it is our unconscious…. Hidden underneath there is always a secret; we might actually be someone else.” Dr. Holloway ponders these notions before beginning a session with Claire Rogers (Brenda Vaccaro), an elderly mother and widow worried about her hard-working spinster daughter, Rebecca (Brooke Bloom), who happens to be one of Jean’s beauty salon acquaintances. Sam Duffy (Kari Glusman) is in the dumps following his recent break up with pretty Sydney Pierce (Sophie Cookson) an aspiring rock singer and barista at the Rabbit Hole café where Jean gets her daily caffeine fix. Dr. Holloway next sees the last of her “regulars,”a troubled drug dependent girl, Allison Adams (Lucy Boynton), whose life has gone completely off the rails. 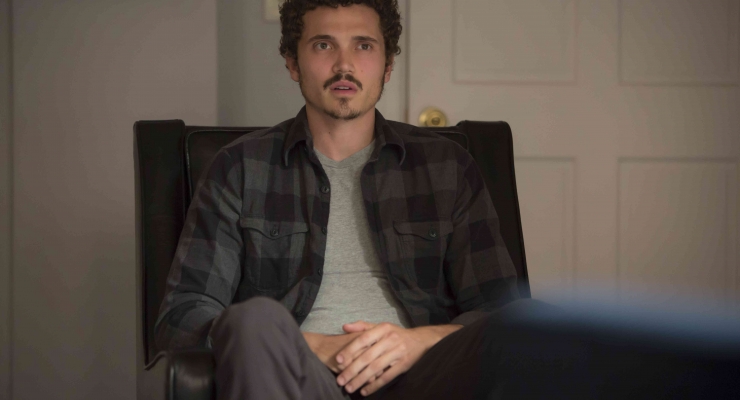 As the fragile matrix  of Jean’s real life is exposed, the prospect of leading a different and exciting existence seems even more appealing. Identifying herself as “Diane Hart,” a freelance writer who lives on the Upper West Side (unbeknownst to Michael, Jean has secretly kept her old 81st street apartment),  Jean enters a lesbian relationship with Sydney. Meanwhile, Michael is spending more late hours at the office with his attractive administrative assistant Alexis (Melanie Liburd, TV’s Dark Matter) who is obviously in love with him. In spite of everything, Jean and Michael still seem to have a healthy sex life that adds a bit of spice to some pretty ho-hum episodes.

Gypsy borrows some pages from Hulu’s Chance series’ playbook in its taking a boundary-crossing psychotherapist who also lacks the requisite objectivity well out of her comfort zone. The show’s pacing is very deliberate and it is laden with dialogue better suited to “soaps” than to straight dramatic series. The “secret life” plot device wears thin rather quickly and, as the series trudges forward, I became less concerned about whether Jean’s real and assumed identities would eventually trip all over each other. All of this proves rather unfortunate, since Gypsy boasts a top-notch cast led by Watts’s now-familiar impersonation of a vulnerable woman facing a personal crossroads and Billy Crudup’s strong turn as a long-suffering husband,  bolstered by nice cameos from Blythe Danner as Jean’s mother, and Brenda Vaccaro as patient Claire Rogers. As Season 1 concludes, Jean’s separate lives remain up in the air: her marriage is under stress, her patient-tampering may return to haunt her, and  more revelations about her past might surface. Will there be a Season 2? Netflix is mum about this one, but given this network’s recent spate of cancellations,  I would not be surprised if Season 1 was all that we got.

Gypsy: Season 1 is currently available for streaming in its entirety on Netflix.