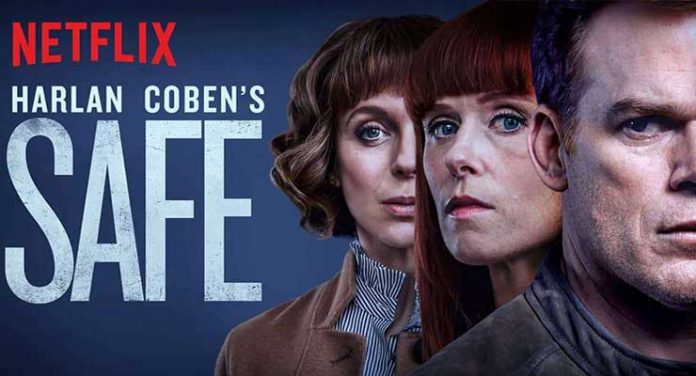 Michael C. Hall has consistently given me one of my few reasons to watch network television, starring as a mortician in Six Feet Under, and later portraying a serial killer in Dexter.  Subsequently, except for a brief turn as JFK in The Crown, Hall has had rather modest exposure on the small screen. Netflix brings him back in Harlan Coben’s latest film adaptation, Safe, as British doctor Tom Delaney who lives in a gated subdivision and still mourns for his dead wife Rachel (Katy Carmichael). As an aside, Tom is banging divorced police detective Sophie Mason (Amanda Abbington) who had become his mistress during Rachel’s final days.

Tom’s daughter Jenny (Amy James-Kelly) is dating an older guy in the neighborhood, Chris Chahal (Freddie Thorne) and accompanies him to a party at Jojo Marshall’s (Nigel Lindsay) house, hosted by daughter Sia Marshall (Amy-Leigh Hickman) who fuels the guests with booze and pills. Much later, after Chris and Jenny have their differences, the young man ends up dead in the Marshall’s swimming pool. When Jenny does not return the next day, Tom begins a search, accompanied by his daughter Carrie (Isabelle Allen). From the beginning, foul play is suspected and Safe takes viewers on a weeklong attempt to find the missing girl. Detective Mason acquires a new partner, Emma Castle (Hannah Arterton), and the two policewomen’s claws are quickly on full display. Mason is even more puzzled when she finds a bloodstained shirt in her sickly son Henry’s (Louis Greatorex) closet and then investigates allegations of inappropriate sexual behavior by schoolteacher and neighbor Zoe Chahal (Audrey Fleurot), the late Chris’s mother. Tom’s best friend Pete Mayfield (Marc Warren) aids in the search for Jenny and is nearly killed for his efforts. 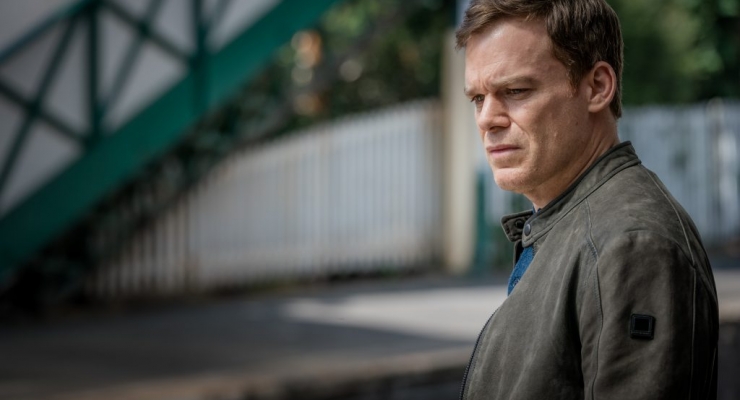 Looming large is the backstory of a local school fire many years earlier that killed eight students while the arsonists were never apprehended. As Dr. Delaney continues his desperate search for his missing daughter, the trail of clues eventually leads to Jasmine Hall, a psychiatric hospital, where dark secrets from the past emerge and a possible connection between former classmates Rachel, Bobby (Milo Twomey), Helen Crowthorne (Karen Bryson), and Sophie may hold the key to solving Jenny’s puzzling disappearance.

The Brits are past masters of the mystery-thriller film genre and this series attempts to bank on that tradition but comes up with only middling results. Part of the problem with Safe is the conventionality of Coben’s effort to give Netflix another domestic drama like the well-received series The Five in which background secrets also abound in a missing persons case. Michael C. Hall’s awkward attempt at an English accent reflects his obvious discomfiture with the role given him by the quartet of scriptwriters. Everything else smacks of soap opera suspense with cardboard cutout characters who seem to be going through the motions with few, if any, real connections. Yes, there is a plot twist in the final installment that you might not have anticipated but this eight-episode mystery series summons up the “I have seen this before” feeling. Harlan Coben is rightfully acknowledged as a brilliant writer of bestselling thrillers, but if this is his full frontal assault on the folks who live in gated communities, then those privileged few have very little to fear.

Safe is streaming now in its entirety on Netflix