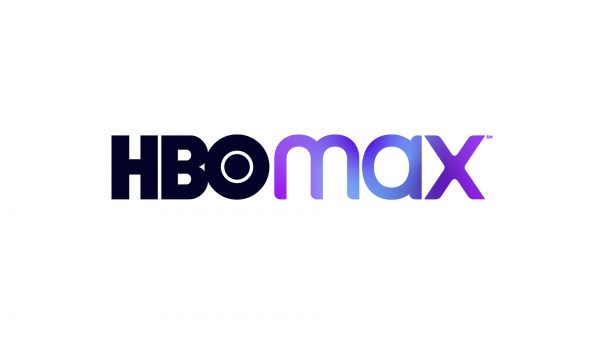 If you haven’t yet heard – and you can be forgiven since we’ve all been dealing with being locked down, locked in, quarantined and other coronavirus related issues that seem to trivialize everything else – HBO is entering the increasingly cluttered streaming services with their own offering, HBO Max, launching May 27th. They will be joining other heavyweights Netflix, Hulu, Disney+ (who is also a majority owner in Hulu), and Apple TV+ as well as NBCUniversal’s Peacock service, which has already launched in a preview version for Xfinity customers. And we haven’t even gotten to all of the smaller streaming services such as Shudder, Rakuten Viki, Criterion Channel, and more. With so many options now available, a lot of people are certainly going to have to weigh their options and decide which they want to pay for based on content and budgetary concerns. So, what is HBO Max bringing to the table?

First things first – what does it cost?

HBO Max will cost $14.99 a month. HBO NOW subscribers who are currently billed directly through HBO will get access to HBO Max at no additional fee. Additionally, Charter customers who already subscribe to HBO through its Spectrum service will also gain immediate access to HBO Max, and new subscribers will be able to purchase HBO Max directly through Charter at launch. HBO has also announced a deal with YouTube TV that will allow users to subscribe to HBO Max through that service. As of the publishing of this article, HBO says they are working on getting additional distribution partners in place for HBO Max at launch and those details will be announced when those deals are in place. Customers who currently subscribe to HBO through an AT&T video subscribers (DIRECTV, U-verse, AT&T TV) or wireless service are also in luck. Those customers will be offered immediate access to HBO Max included in their service for no additional charge. In addition, for those customers not subscribed to HBO, but on select AT&T wireless, video and internet plans will have HBO Max included. We have also been told that nearly all other AT&T customers can either enjoy a special offer on AT&T or upgrade to a plan or package that includes HBO Max.

What can you expect from HBO Max as far as programming?

All of HBO’s premium originals will be included, such as Westworld, Big Little Lies, Game of Thrones, Sex and the City, Veep, The Wire, Curb Your Enthusiasm, Insecure, Succession, Watchmen, Barry, Euphoria, The Jinx, The Sopranos and more.

Highlights of the extensive WarnerMedia portfolio of programming and acquisitions that will be available on day one include the libraries of Friends; The Big Bang Theory; (new) Doctor Who; Rick and Morty; The Boondocks; The Bachelor; Sesame Street; The Fresh Prince of Bel-Air; CW shows such as Batwoman, Nancy Drew, and Katy Keene; the first season of DC’s Doom Patrol; The O.C.; Pretty Little Liars; the CNN catalog of Anthony Bourdain: Parts Unknown; and much more. Soon after, the platform offering will continue to grow adding the libraries of South Park, Gossip Girl, The West Wing, and more within the first year of launch.

In addition to series, specials, and docs, HBO Max will feature a library of more than 2,000 feature films within the first year. Audiences will be able to watch 700 blockbuster films via the HBO service, including Crazy Rich Asians, A Star is Born, Aquaman, and Joker, as well as films acquired specifically for HBO Max via Warner Bros., the Criterion Collection, and the acclaimed Studio Ghibli. Streaming for the first time ever in the U.S., 20 films from Japan’s legendary Studio Ghibli animation house will be available on HBO Max at launch, including Academy Award® winner Spirited Away and Academy Award nominees Howl’s Moving Castle and The Tale of the Princess Kaguya, as well as fan favorites My Neighbor Totoro, Princess Mononoke, Ponyo, and Kiki’s Delivery Service. Fans of all ages will be able to enjoy these wonder-filled films any time they want.

In addition to the premium acquired content on the platform, the WarnerMedia portfolio HBO Max will pull from 100 years Warner catalog films and new theatrical hits. Available films will include Casablanca, The Wizard of Oz, The Matrix, The Goonies, When Harry Met Sally, The Lord of the Rings, Citizen Kane, Gremlins, and the Lego movies, along with every DC film from the last decade, including Wonder Woman, Justice League, and every Batman and Superman movie from the last 40 years.

HBO Max will also be launching with a slate of originals exclusive to the service. From day one the service will include the following HBO Max originals: Anna Kendrick in LOVE LIFE, Documentary Feature ON THE RECORD, Unscripted Competition Series LEGENDARY, CRAFTOPIA, All-New LOONEY TUNES CARTOONS, and THE NOT TOO LATE SHOW WITH ELMO.

HBO MAX ORIGINALS AVAILABLE ON DAY ONE, MAY 27th:

HBO Max says after the initial launch Max Originals will continue to premiere on the streamer “at a regular cadence” throughout the summer and fall. Originals that are planned include: The Flight Attendant, starring and executive produced by Kaley Cuoco, from Berlanti Productions and based on the novel by New York Times bestselling author Chris Bohjalian; the highly anticipated Friends unscripted cast reunion special; all-new original episodes of the critically acclaimed DC fan-favorite Doom Patrol; the return of the critically beloved mystery comedy Search Party with a brand new season; the three-part documentary series Expecting Amy, an unfiltered and intimate view into comedian Amy Schumer’s life on tour creating a stand-up special during her difficult pregnancy; sci-fi series Raised by Wolves from director and executive producer Ridley Scott, the award-winning creator behind The Martian, Gladiator, and Blade Runner; the adult animated comedy Close Enough, from J.G. Quintel (creator of Cartoon Network’s Emmy-winning Regular Show), a hilarious look at the surreal life of a millennial family living with roommates; and Adventure Time: Distant Lands- BMO, the first of four breakout specials resurrecting Cartoon Network’s Emmy and Peabody award-winning franchise Adventure Time.

What are the Technical Specifications?

It may be a little hard to believe with a little less than a month to go until launch, but we are told that at this time HBO Max still has no tech specs to reveal. So, we can’t say if HBO Max will offer any kind of 4K content, HDR, Dolby Vision, and which devices they will be launching on, such as Roku, Apple TV 4K, or Fire TV. It’s a good bet that they will be on all of those platforms and possibly Nvidia SHIELD TV as well. As for the video specifications, anyone’s guess is as good as ours until HBO offers some specifics.

Is HBO Max the Streaming Service for You?

It’s pretty clear that HBO Max is not going to be your grandfather’s HBO or even your father’s HBO for that matter. Heck, HBO Max is definitely going to be a powerhouse in the streaming arena. Netflix may at this point still be the overall king, and Disney+ may indeed be a no-brainer if you’re looking for a family-friendly streaming service with every Disney movie, Star Wars, and Marvel. HBO Max brings a massive catalog that rivals Disney but is not limited to family-friendly content. For some it may come down to DC versus Marvel – wouldn’t we all like to be flies on the wall during some of those debates? For some, it could be simply pricing. Netflix starts at $9.99, Disney+ is $6.99/month or $69.99/year or can be bundled with Hulu and ESPN+ for $12.99 a month. Apple TV+ comes free for a year with a new iPhone, Apple TV 4K, or Mac (I was paying for it and still got it free once I upgraded my iPhone) and is $4.99 a month after that or without a new purchase. HBO Max does come in on the higher end at $14.99 a month (or free depending on your current HBO subscription and where/how you pay).  Even at its higher price of admission, this service is looking like it could be a major contender, possibly bigger than Disney+, given the quality of the originals we have already come to expect from HBO.