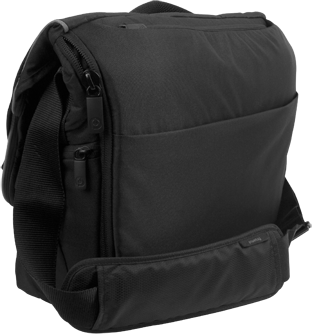 First a bit of background on the company itself. Powerbag is a relatively new company that designs charging kits for a wide range of products. Whether it be an iPhone, Blackberry or Android, Powerbag has you covered. Basically the way it works is the different bags come with a charging system that you plug into the wall before traveling. The battery pack itself takes roughly 3 hours to fully charge. Once done charging, you place the battery pack in a slot inside the bag and boom you’re good to go. The bags themselves are available in 3 different classes. Backpacks, Briefcases and Messenger Bags. Their Messenger Bags series has 3 different choices for each range of consumer use. You have the Instant Messenger, The Tablet Messenger and simply the Messenger. For this review, I’ll speak on their Messenger classes, specifically the Instant Messenger Bag. 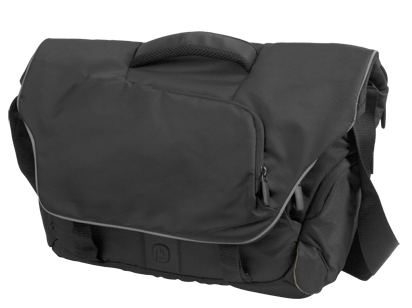 Inside the bag itself, you’ll find all the varying charging connectors used today. An Apple “dock” connector, Micro and Mini USB connectors and an on-board USB port are all included. The real benefit here is that the bag can, literally if need be, charge up to 4 different devices at once giving the typical phone 2x life via the removable 6000MH battery pack (and we ALL know most smartphones just can’t seem to have decent battery life).The charging time can obviously vary depending on battery levels, but I tended to notice that even a completely empty charge took roughly 3 hours to fill. Once charged, simply insert the pack into the slot found inside the bag. After that, power on the bag via the button found on the front of the bag. After a few seconds, 4 different level indicators will light up depending on battery charge. The interior of the bag comes with a good amount of padding mainly to protect all your expensive gadgets. Upon opening the bag, the main pouch can obviously hold a laptop but also has the main connectors for an USB based charging device in the middle, your iPhone/iPad/iPod to the left and your micro/mini USB to the right. Each of these connectors are housed within a sealable separate pocket, so your device can be protected while you travel. But let’s be honest here, while all these + marks may sound good, if the device can live up to its bark…What worth does it have? 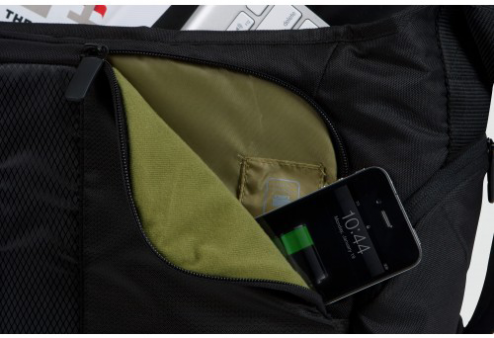 Running Through the Tests:

It’s clear from the immediate get go that Powerbag aimed to make a bag that was not only comfortable to carry (even with my MacBook Pro, iPad and EVO 3D I never noticed any weight issues on the shoulder straps). I’ve had the Powerbag Instant Messenger for nearly a month and have found myself using it more than I initially figured I would. The best aspect of this Powerbag is simply how easy Powerbag has made this to use. From a full charge, I noticed charging an iPad 2 from roughly 15% left to 100% took roughly 1 of the 4 bars. Charging an HTC EVO 3D from 10% to 100% took roughly 1 bar as well. Charging devices is easy to do, but one of the best features is something we just might not expect.

Imagine this scenario, something I’m sure we’ve all had to go through at some point. You’re running late for a flight, whether it be due to oversleeping or traffic on the way to the airport (anyone reading this in and around the Boston area can attest to the latter part). Running through the airport, you arrive at security, but realize you have to still empty your bag of your laptop, phone, camera, etc. Such a time waster no? Well, one of the best features found exclusively on the Instant Messenger Powerbag is what they dub “Checkpoint Friendly.” By “Checkpoint Friendly” you have “no need to remove your laptop when you travel, Powerbag lays flat with your laptop inside for security screening.” While I personally didn’t have the chance to try this out, this alone is worth the price tag as I’ve always personally hated not only being rushed trying to take all your expensive gadgets out of your bag, but then being rushed to put them back in! Thank you for this smart addition to your Powerbag.

While I will admit I was quite impressed with the Instant Messenger, I did have a few slight nitpicks. One aspect I noticed, oddly enough only when charging my iPad, was that the device would initially say it was charging fine. No big worry right? Well, I would check on the charge % a few hours later only to see that the device stopped charging itself. I’m not too sure if this was an issue with the USB portion of the bag or something else. I’m inclined to think it is as I didn’t run into any other issues charging my 3D or Blackberry Bold. Another aspect I didn’t like here was that I wasn’t able to charge my MacBook Pro; however, I can’t really fault Powerbag here as they have other products available to handle laptops. This was just a small hiccup in an otherwise great product. 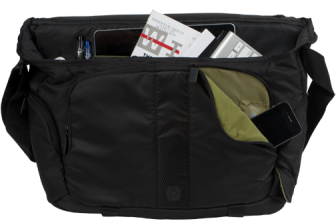 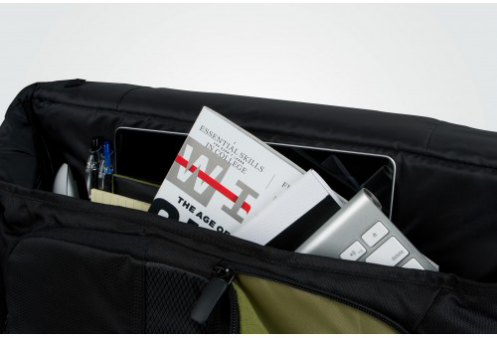 With Powerbag being a relatively new company, they’ve hit an area of the consumer/traveling market that is only growing. With more and more tablets and smartphones being sold month after month, a portable charging system like this was needed. While I was a bit skeptical at first at just how good of a product this ultimately would be, I must admit I’m very impressed with what Powerbag has put together. The Instant Messenger Powerbag is easy to use, charges multiple devices at one and, most importantly for a big traveler like me, has a “Checkpoint Friendly” feature. Simply put, for those who travel more than, say, 3-4 times a year, this is a highly recommended product.