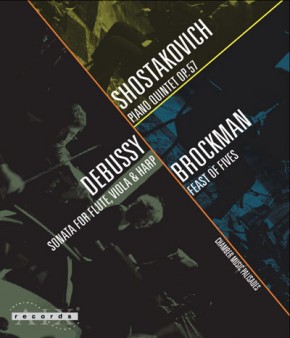 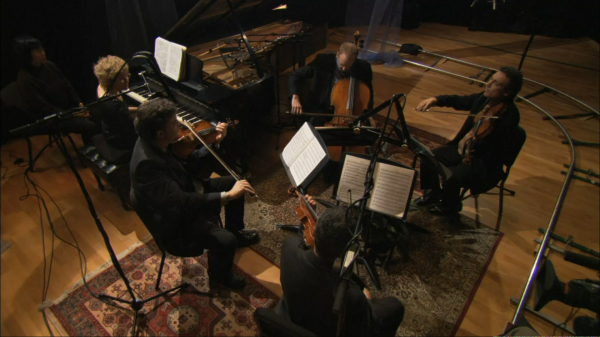 I’ve been anticipating these Blu-ray releases from AIX ever since I hade the opportunity to interview the label’s founder, Mark Waldrep, a couple of years ago on the subject of AIX entering the Blu-ray market. He was kind enough to send along some pre-production samples of their forthcoming releases, one of which contained an excerpt from this Chamber Music Palisades release. So, before receiving the final product in the post, I already knew that I would be in for a bit of a treat.

What I wasn’t prepared for right away, however, was the odd choice of musical pairings on this debut Blu-ray release. At first, coupling Shostakovich and Debussy seemed like a rather odd choice to me. The former is usually paired up with someone along the lines of Tchaikovsky or Scnhnittke, the latter, usually Ravel or Massenet.

My concerns were quickly assuaged once the performances began. The Chamber Music Palisades pensive interpretation of Shostakovich’s Piano Quintet, Op. 57 has become one of my favorite contemporary recordings of the piece. Composed by Shostakovich as strictly a piece to be performed by the composer himself, it has always has an inward leaning in its minor key explorations and perhaps a freedom that Shostakovich would not capture fully in his music again. I don’t know that the Chamber Music Palisades are completely successful in putting that across in this interpretation, but they do show a strong grip on the language of Shostakovich.

Moving on to the second major piece on this release, Debussy’s Sonata for Flute, Viola, and Harp, the ensemble’s interpretation is less flowery and impressionistic than most would be for a Debussy piece, which aids the piece in coupling with the Shostakovich on this release. With that being said, they certainly do not lack flair, and the Debussy from Palisades is an engaging wisp of a performance that both floats and shows significant weight.

New to me and perhaps to most listeners will be Feast of Fives by composer Jane Brockman, which closes out this strong sitting from the Chamber Music Palisades. Brockman’s piece revolves around a five-note structure and was specifically commissioned by the Palisades Chamber Ensemble. They play it with the same authority as they do the previous works and it acts as a solid ending to what is another in a long line of superb high-resolution releases from AIX. 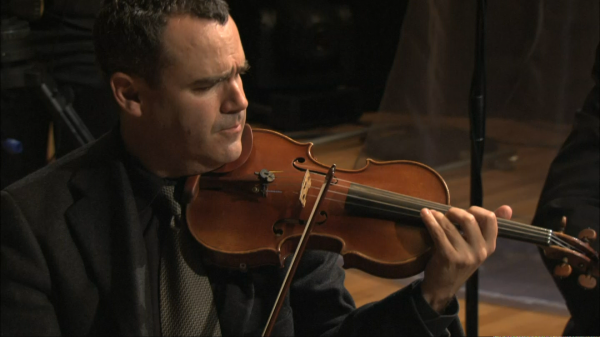 The focus of this release is really the audio and not the video content. The video program presented on this AIX recording is meant more as a bonus, an intimate peek into the recording session, rather than a full-on performance capture from an audience perspective. As such the 1080i/60 AVC/MPEG-4 HD video is quite serviceable. It is detailed enough to pickup intricate markings in the throw rugs scattered on the studio floor, the strings and scratches on each instrument, and lines on flesh. Black levels are a bit greyish, but flesh tones are natural enough. 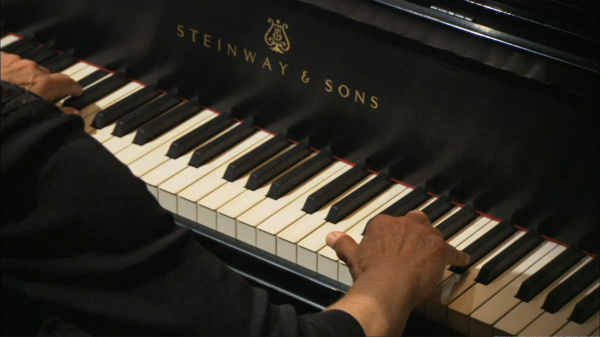 Each performance is given three separate high-resolution mixes for the listener to choose from. There are two Dolby TrueHD 5.1 (96kHz/24-bit) options and a LPCM 96kHz/24-bit for those who prefer their music in 2-channel only.

The 5.1 mixes are done from two perspectives, a “stage” mix, which puts the listener right in the center of the performers and fully utilizes all of the speakers more discretely, and a more traditional “audience” mix, which relegates the surround channels to ambience only.

Whichever program one chooses, AIX have provided an appropriately intimate sounding recording for these chamber pieces. Rather than slathering the instrumentation in oodles of reverberation, the sound is a more up-close, warm, and “woodsy” sound. It is full in the midrange without being boomy and clean. The dynamic range is wide without being drastic, while high frequencies never veer off into the land of our canine friends.

To further extrapolate on the surround mixes offered up by AIX, I have always had a preference for classical pieces in surround over their 2-channel counterparts. When it comes to “stage” mixes versus “audience” mixes, however, I have no clear preference. I, unlike many classical enthusiasts, admittedly, am not set against the stage mix, however.  I find my appreciation for one or the other can vary depending on the material. In this instance, I have a clear preference for the “stage” mix on this release’s Shostakovich piece. I find its closer sounding, warmer and more detailed soundstage somehow appropriate to the composer’s music and to the performance of the Chamber Music Palisades. Moving on to the Debussy, however, my preference flips to the “audience” mix. Somehow the more distant, ambient sound works better with the impressionistic music of the composer. 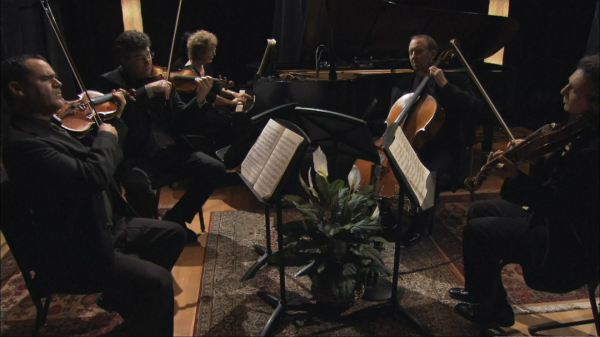 The only true supplement provided on this release is a 5.1 channel test tone track for help balancing your surround system. 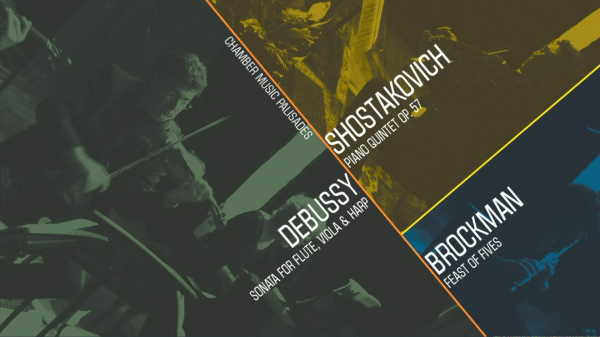 AIX have entered the Blu-ray arena with an exceptionally strong release from Chamber Music Palisades, continuing the label’s trend of providing great performances in high-resolution multichannel. We wouldn’t have expected anything less. 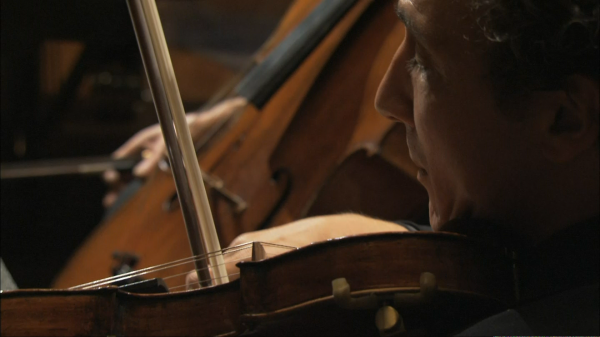 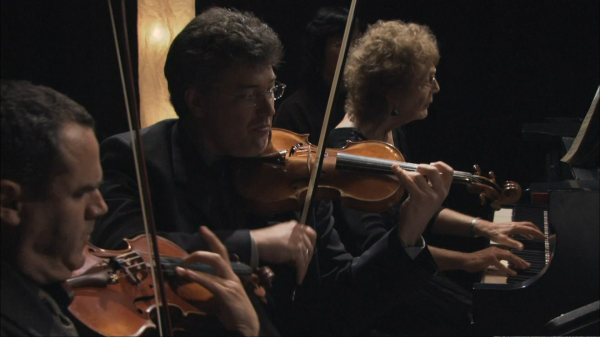