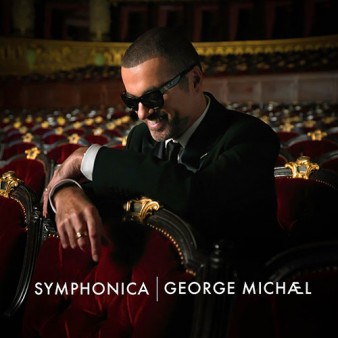 In 2014, George Michael (originally of the 80’s pop group Wham!) and now 50 years old, must be considered somewhat of a soul survivor, having overcome substance abuse, numerous accidents, and arrests for “lewd behavior.” Having, at least temporarily (for with Michael one never knows) put these issues in the rear view mirror, he launched the Symphonica tour that is captured live in London’s Royal Albert Hall on the Pure Audio Blu-ray release.

The playlist is a mix of Michael originals (*) and covers of songs by some pretty well-known songsmiths:

Swathed in the rich sounds of the Symphonica Air Orchestra (led by Gavin Greenway, Steve Sidwell, and Bob Mathes) and fronted by Henry Hey (piano), Phil Palmer and Ben Butler (guitars), Mark McLean (drums), David Finck (Bass), and Lea Mullen (percussion), Michael takes us through a potpourri of mostly down-tempo ballads with occasional syrupy background vocals. Taken as a whole, the Michael voice appears to be in pretty good shape considering all that it has been through. The backing musicians offer decent support to a program that is sorely lacking in musical variety and one that tends to weigh down rather than to lift up.

There are three high-resolution audio-only options with precious little difference to choose between them in terms of overall sound preference. I felt that the DTS-HD Master Audio was a tad more spacious but the strings are pretty homogenized and the solo instruments are kept in the background. The occasional audience noise and applause remind us that this is a live performance and, as live recordings go, a decent sounding souvenir of this concert.

We get a booklet with session photos, several Michael glam shots, and listings of the tracks and the personnel involved in this recording.

Aging rockers like Rod Stewart and Paul McCartney have gone to the Great American Songbook with mixed results. I think that George Michael gives a decent account of himself (with his now-scaled-down voice) and the material chosen for this program, but its lack of variety makes matters somewhat tedious by the half-way mark and verges on the maudlin by its end. Symphonica was music-master Phil Ramone’s last studio production (he died in December 2013) and while the album enjoyed a decent run on the UK charts, it has had an uneven reception on our side of the pond.  More of a background music affair than a sit-up-and-take-notice one, Phil deserved to go out on a better note.