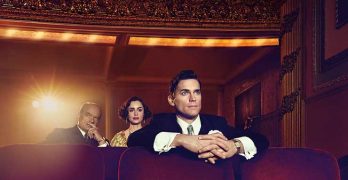 F. Scott Fitzgerald died before finishing his novel that would eventually be completed by critic Edmund Wilson as The Last Tycoon but would never achieve the acclaim of Fitzgerald’s previous works. Loosely based on the career of legendary Hollywood producer Irving Thalberg, the nine-episode Season 1 adaptation from Amazon Prime Video delves into the depths […]

The Last Tycoon from director Wong Jing is marvelous wartime spectacle of romance, crime, and action.