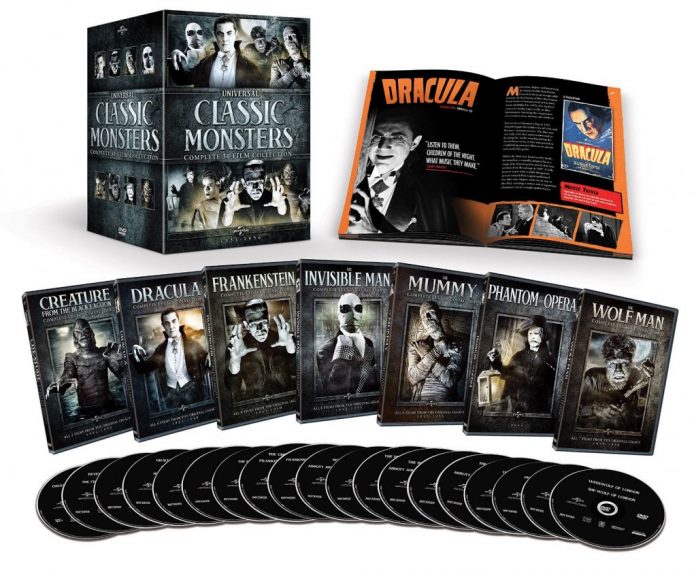 We love Blu-ray so much, we made it our first name. But sometimes, for whatever reason, a hot new title is available exclusively on DVD, a format with a lot of life still left in it if we’re being honest. Don’t be a resolution Grinch and let a few lines (or the bitrate, or encoding format) come between you and some of the most watchable–and givable–releases of the holiday season! 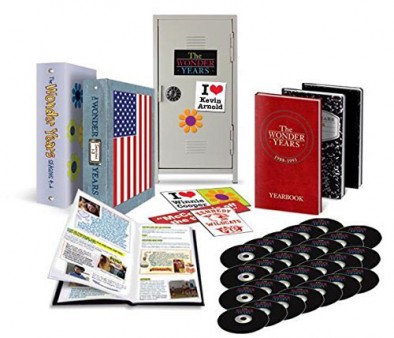 At or near the top of most-requested TV series on DVD, The Wonder Years remains a beloved force of nostalgia, now two times over: Once for the late-Sixties/early-Seventies era so poignantly simulated week after week, and now again for the late Eighties/early Nineties when the show first ran. The short explanation of why it took so long is the need to secure the rights to the hundreds of classic pop tunes heard in the original network broadcasts, and in the end the plucky folks at StarVista Entertainment/Time-Life were more than 96% successful. So, much like our memories of youth, there might be a few minor details off here and there as we look back now, but it’s pretty darned close. The relatable poignancy of Kevin Arnold’s (Fred Savage) adolescence hasn’t changed a bit, providing ample fodder for these six seasons with the trials and travails of first love, an overbearing older brother, a challenging relationship with his stressed-out father and so on.

The 26 discs arrive in a custom mini-locker, complete with show-specific magnets. The packaging is among the most elaborate I’ve ever seen, styled as vintage notebooks and even a yearbook, bringing together extensive liner notes, photos and background for all 115 episodes. It’s every bit as impressive as we would hope for after so many years. The extras don’t disappoint either. Four of the DVDs are pure bonus content, plus more is distributed season-to-season, 23 hours total: copious interviews, ten new featurettes, outtakes and a long-overdue cast reunion. 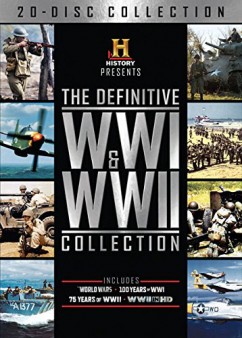 Not sure what this means exactly but most of the war buffs on my list have embraced DVD but have gone no further, technologically. So for them, this 20-disc set collects nine of History/H2’s popular World War releases. It begins with the excellent, recent The World Wars miniseries, which blends dramatization with cold, hard facts and expert on-camera commentary about the key figures who would shape so much of the 20th Century, most notably Roosevelt, Hitler, Churchill and Stalin. 100 Years of WWI provides remarkable depth on the occasion of the centennial, while 75 Years of WWII serves as something of a primer for the in-depth studies to follow. After the success of WWII in HD, it was joined by WWII in HD: The Air War and WWII in HD: The Battle for Iwo Jima. The quality really is terrific but while some might roll their eyes at these so-called “HD” DVDs, I’m sure I’m not alone in remembering a time when 480p was considered “high definition,” so just go with it. WWII from Space features detailed simulations of major battles from a God’s-eye view, The Color of War assembles rare full-color footage from the Forties, and the series Patton 360° takes us closer than ever to the legendary general. Like all good history lessons, these are pretty interesting, and broken into digestible chunks. And this modern new presentation of well-worn facts will make even hard-to-please armchair historians sit up and take notice, and maybe even say “Thanks.” 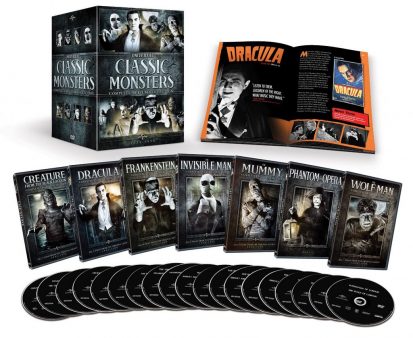 For the first time together in a single set, here are all of the classic monster outings from the studio that made them classic. The gang’s all here–Drac, Frank, Frank’s Bride, The Mummy, The Invisible Man, The Wolf Man, The Phantom of the Opera and The Creature from the Black Lagoon—in quite a few adventures that helped lay the foundation of what we call the horror genre today. The individual movies vary from exquisite period recreation to simple popcorn fare, the stories perhaps reflecting the tastes and social values of their day. Since this is the Internet, I have the room to list them all (in chronological order):

The extras are ported from past deluxe editions, and are so good they’re scary: the rightly lauded 1931 Spanish version of Dracula (shot on the same sets with different actors for the Latin audience), documentaries, featurettes on stars Bela Lugosi, Boris Karloff and Lon Chaney Jr. and make-up genius Jack Pierce, 13 audio commentaries plus a photo-filled booklet. 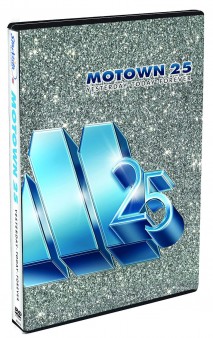 Oh, what a night: It was mid-May, 1983, when NBC aired the self-congratulatory anniversary special Motown 25: Yesterday, Today, Forever. Undeniably a party, the evening was hosted by Richard Pryor in his prime, and featured a cavalcade of talent from the record label’s singular history. But the highlight of the evening was surely the Jackson 5 reunion, which then gave way to a solo performance of “Billie Jean” by Michael Jackson. The album that spawned it, Thriller–the biggest seller in history–was only six months old at the time, and when Jackson stepped into his now-legendary moonwalk for the very first time… well, there’s a reason that it’s referred to as “six seconds that changed the world.” The show is presented in all its glory (more than that, actually: it’s an extended cut with a remixed 5.1 audio option), while five remarkable bonus discs go deep on “Rehearsal,” “Reunion,” “History,” “Legacy” and “People,” for a whopping 14 hours of bonus features. The concert might now be older than Motown (now 56) was on the night it was feted, but there are many luminaries still with us and willing to talk about why this was so much more than a concert. Even a thoughtfully reproduced copy of the original Motown 25 program is included in the glittery box. 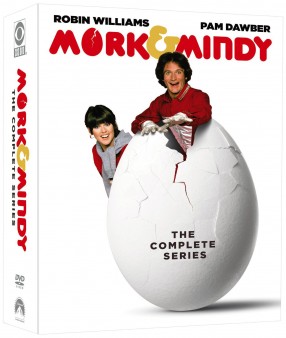 A welcome but bittersweet arrival as 2014 draws to a close, here is the entirety of the smash 1978-1982 TV series that catapulted a little-known comic named Robin Williams to stardom. Charting the life lessons of an extra-terrestrial coming to live with a single Colorado gal (Pam Dawber, but there was no hanky-panky), the show was largely improvisational, with envelope-pushing “did he really say that?” jokes and his manic creativity flexed in full force. It still holds up, despite being guilty of many network television sins of the era, including a unique take on the desperate “Hail Mary” play of adding a kid to the mix in the fourth and final season, albeit one played by then-56-year-old Jonathan Winters, Williams’ idol. Season Four also saw Williams’ first (and only, if you don’t count a shared credit for the Comic Relief fundraising comedy special) turn as director. Obsessive completists, rejoice: The 15-disc set contains all 95 episodes, restored, plus the original Happy Days episode “My Favorite Orkan” that introduced the character, as well as the follow-up crossover “Mork Returns.” There’s also assorted bloopers, which makes me wonder what a hot ticket it must have been to attend a live studio filming of Mork & Mindy, back in the day. 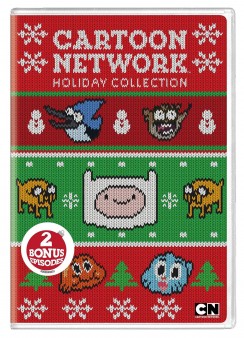 A happy little stocking stuffer relative to the boxed sets listed above, this collection of holiday-themed episodes from three current Cartoon Network series is nonetheless an enjoyable way to get in the spirit of the season, especially if you have kids. The always bizarre Adventure Time serves up Season 3’s “Holly Jolly Secrets” Parts 1&2, in a tale involving The Ice King’s video diary. “The Christmas Special” from Regular Show (Season 4) has a slightly twisted take on saving the special day, and in The Amazing World of Gumball’s “Christmas” (Season 2), Santa gets run over… although not by his own reindeer, that would be silly. There are also two bonus episodes–“Money Broom Wizards” from Clarence and “Together Breakfast” from Steven Universe–neither of them holiday-relevant really, just more offbeat fun to stave off pressing the dreaded Eject button for a while longer.