At this year’s Consumer Electronics Show (CES) taking place in Las Vegas this week there is a clear trend towards 3-D as well as the continued emergence of OLED display technologies. From Samsung, LG and Sony, to Panasonic and the OLED Association, 3-D is in overload on the show floor in LCD televisions, LED LCDs and even tiny 11″ 3-D OLED displays.

CES always serves as a marker for what the trend in consumer electronics will be for the upcoming year and beyond, so with such an overwhelming showing of 3-D displays and 3-D Blu-ray players from nearly every major manufacturer, there is no doubt that the new 3-D format, with the backing of the 3-D specification for Blu-ray from the Blu-ray Disc Association, is set to make a big push in 2010.

Panasonic brought their traveling 3-D roadshow to CES this year, running  a 3-D movie every 10-minutes or so in their 3-D theatre to show off the full benefits of the 3-D experience to the crowds and people certainly seemed interested as the queues formed at a chance to take in the experience. 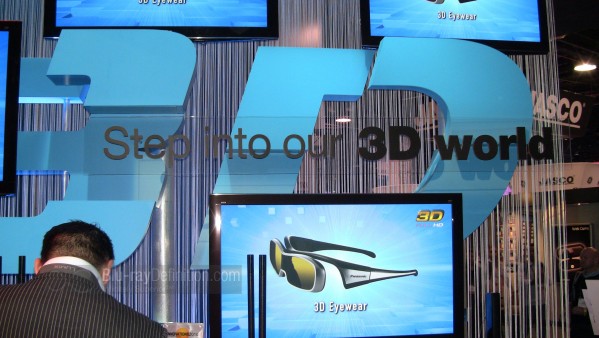 Not to be outdone by other technologies, OLED put on a strong showing this year proving that the technology is continuing to mature and take shape, although it is still limited to smaller screen sizes.  On the show floor in Las Vegas, however, manufactures were all showing off some form of OLED display technology, even 3-D models. The OLED Association is present in Las Vegas as well to support the technology and speak to its advantages over LCD and Plasma. Barry Young, Managing Director of the OLED Association, was kind enough to offer Blu-rayDefinition his thoughts on OLED when asked when it would reach a larger market penetration at larger screen sizes and reasonable prices. He provided estimates saying that currently OLED was in 4th generation and it would need to reach 8th generation for mass production where they could do 8 to 10 panels at a time and we should see the first, reasonably-priced 40″ OLED displays by 2013. 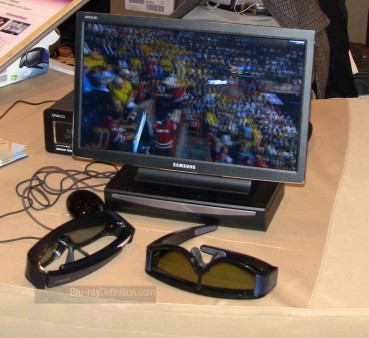 So, going forward into 2010, the trend to watch is definitely going to be 3-D and the increasing emergence of OLED displays, with the latter gaining more prominence in smaller, hand-held devices for the time being. One question that remains around 3-D is whether people will be willing to spend extra money on the equipment to watch television with glasses on in their houses.