During our investigations on the show floor during last week’s Consumer Electronics Show (CES) in Las Vegas, TheaterByte was able to uncover some interesting technical information on how Blu-ray is going to accomplish delivering 3-D content to consumers in the home. 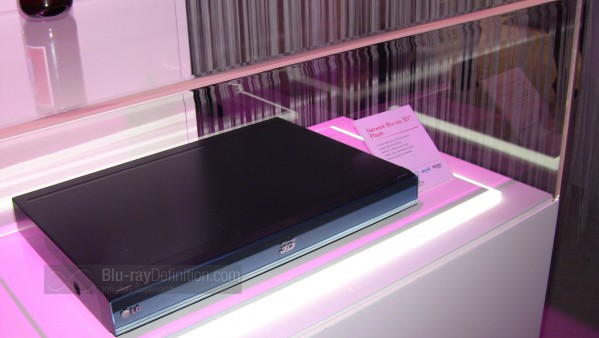 At the LG booth where 3-D displays and an LG 3-D Blu-ray player were on display, an LG engineer from Japan offered us this technical information about how Blu-ray, or, at least, how LG’s Blu-ray player was going to accomplish Full HD 3-D playback. Apparently, the player, according to the engineer, will pull a 48Hz signal from the player, convert it to 60Hz, then it will be sent to the display for conversion to 120Hz, 240Hz, or beyond to each eye in the display. That is a lot of conversions and technical hoops to jump through for 3-D in the home for sure, but rest assured, the results are mostly pleasing from what we were able to see.