20th Century Fox Home Entertainment has announced they will be bringing the two classic films An Affair to Remember and All About Eve to Blu-ray February 1, 2011 in time for the awards season. This marks the high definition debut for both films, which will be making their entrance on Blu-ray in deluxe Blu-ray Book packaging at a suggested retail price of $34.99 US/$37.99 Canada. 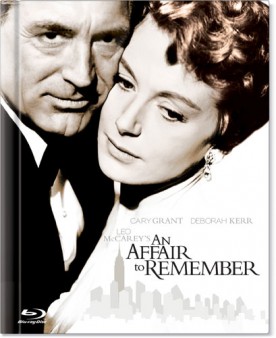 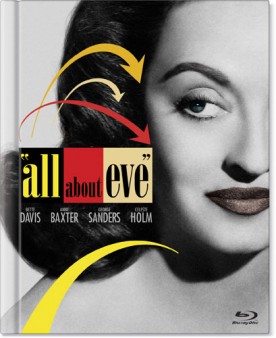 AN AFFAIR TO REMEMBER was nominated for four Academy Awards in 1958 including Best Cinematography, Best Costume Design, Best Music: Original Song and Best Music: Scoring.  In this poignant and humorous love story, Cary Grant and Deborah Kerr meet on an ocean liner and fall deeply in love.  Though each is engaged to someone else, they agree to meet six months later at the Empire State Building if they still feel the same way about each other.  But a tragic accident prevents their rendezvous and the lovers’ future takes an emotional and uncertain turn.

ALL ABOUT EVE is the highly-acclaimed 1951 film that received a record fourteen Academy Award nominations and six wins including Best Actor (George Sanders), Best Director (Joseph L. Mankiewicz) and Best Picture.  ALL ABOUT EVE tells the story of Eve Harrington, who from the moment she glimpses her idol at the stage door, is determined to take the reins of power away from the great actress Margo Channing.  Eve maneuvers her way into Margo’s Broadway role, becomes a sensation and even causes turmoil in the lives of Margo’s director boyfriend, her playwright and his wife.  Only the cynical drama critic sees through Eve, admiring her audacity and perfect pattern of deceit