Well, the big announcement has come, my young padawans and Star Wars is officially, officially announced for release on Blu-ray. The sci-fi films that are really more of a worldwide phenomenon had their Blu-ray release detailed at a special event at CES in Las Vegas today. Mixed in amongst the spectacle at the Panasonic booth were the following details: the long-awaited, highly anticipated release will come in three versions: 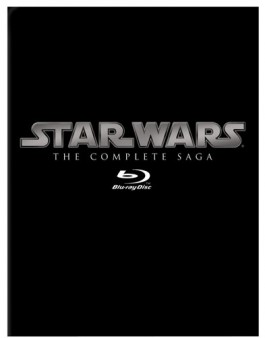 STAR WARS: THE COMPLETE SAGA ON BLU-RAY will feature all six live-action Star Wars feature films utilizing the highest possible picture and audio presentation, along with three additional discs and more than 30 hours of extensive special features including never-before-seen deleted and alternate scenes, an exploration of the exclusive Star Wars archives, and much more.