Disney-Pixar Details Up for Blu-ray

Disney-Pixar have released the details and cover art for the forthcoming November 10th, 2009 release of Up on Blu-ray Disc, day-and-date with the DVD.  Up will be available in a four-disc Blu-ray combo pack, which includes DisneyFile digital copy for playback on an array of electronic devices, and a host of bonus features at a suggested retail price of $45.99. Full technical specifications are not available, but one can assume Disney’s usual 1080p/24 AVC/MPEG-4 encoding with DTS-HD Master Audio lossless sound. 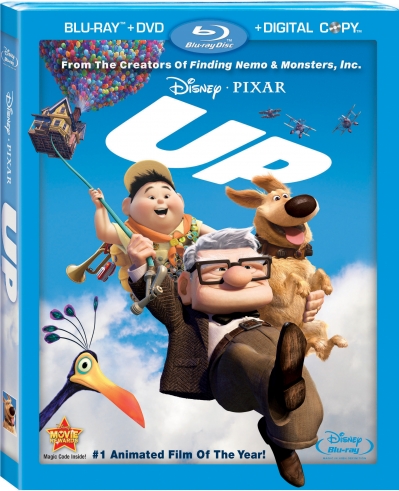 Exclusive bonus features for the Up Blu-ray release include:

Up Blu-ray and DVD bonus features: