Ewan McGregor, Scarlett Johansson in The Island on Blu-ray in June

Paramount Home Entertainment has announced they will finally be releasing the Michael Bay sci-fi film The Island, starring Scarlett Johansson and Ewen McGregor on Blu-ray in the United States, June 21, 2011 at a suggested retail price of $19.99. As many of you know, The Island has long been available in Region B territories like The UK and Australia on Blu-ray since the early days of the format from Warner, who hold the rights to the film in those territories. 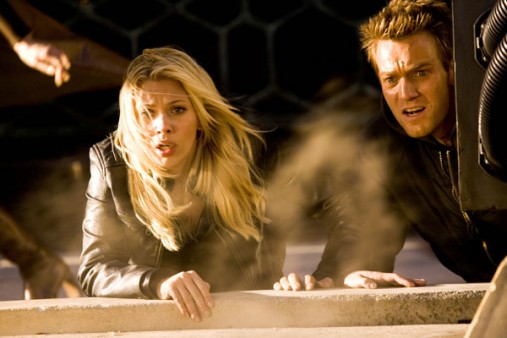 What the Paramount release will have over the Warner release, however, is a lossless, DTS-HD Master Audio 5.1 soundtrack, as opposed to a lossy Dolby Digital 5.1 track, and more likely than not, new AVC/MPEG-4 1080p encoding that has not been ported over from the now defunct HD-DVD format like the VC-1 transfer from the Warner release.

See the press release below for film synopsis and additional details.

HOLLYWOOD, CALIF. – Director Michael Bay delivers a mesmerizing look into the not-too-distant future in THE ISLAND, debuting on Blu-ray June 21, 2011 from Paramount Home Entertainment.  Ewan McGregor (The Ghost Writer) and Scarlett Johansson (Iron Man 2) star as Lincoln Six Echo and Jordan Two Delta, residents of a confined indoor community created after ongoing abuse of the Earth rendered most of the planet uninhabitable. One of the only places in the outside world still capable of sustaining life is an idyllic island where citizens are chosen to live through a lottery.  Or at least that’s what everyone believes.  When Lincoln discovers that they are actually clones kept alive to provide needed organs to the outside population, he and Jordan attempt a harrowing escape. THE ISLAND also stars Steve Buscemi (“Boardwalk Empire”), Djimon Hounsou (The Tempest), Michael Clarke Duncan (The Green Mile) and Sean Bean (National Treasure). THE ISLAND Blu-ray features commentary by Michael Bay, a making of featurette, a look at pre-visualization for the film and the featurette “The Future In Action”.