Fox Bringing Denzel Washington in ‘Unstoppable’ to Blu-ray in February 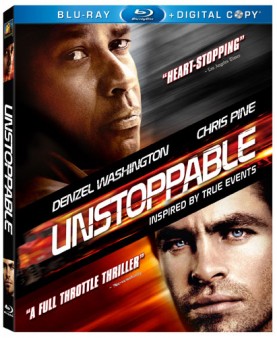 Special features for the Blu-ray disc include:
Disc One:

Hang on for the ride of your life as Oscar winner Denzel Washington* and Chris Pine (Star Trek) team up for the year’s most electrifying action-thriller. A runaway train, transporting deadly toxic chemicals, is barreling down on Scranton, Pennsylvania and only two men can stop it: a veteran engineer (Washington), and a young conductor (Pine.) Thousands of lives hang in the balance as these ordinary heroes attempt to chase down one million tons of hurtling steel and prevent an epic disaster. Helmed by visionary director Tony Scott (Man On Fire), this story inspired by actual events delivers excitement and suspense that are…UNSTOPPABLE!