Eureka Video have announced they will be releasing the Fritz Lang sci-fi classic Metropolis in the UK in three separate versions — a Blu-ray, DVD, and Limited Edition Dual Format Steelbook on November 22, 2010 at RRPs of £22.99 (DVD), £24.99 (Blu-ray, and £29.99 (Dual Format Steelbook) respectively. The film has been restored and reconstructed, and for the first time ever, the full 1927 Fritz Lang “director’s cut” will appear on home video in this Masters of Cinema release from Eureka. 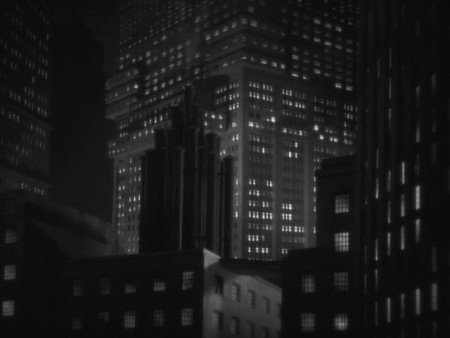 With its dizzying depiction of a futuristic cityscape and alluring female robot, Metropolis is among the most famous of all German films and the mother of sci-fi cinema (an influence on Blade Runner and Star Wars, among countless other films). Directed by the legendary Fritz Lang (M, Das Testament des Dr. Mabuse, The Big Heat, etc.), its jaw-dropping production values, iconic imagery, and modernist grandeur – it was described by Luis Buñuel as “a captivating symphony of movement” – remain as powerful as ever.

Drawing on – and defining – classic sci-fi themes, Metropolis depicts a dystopian future in which society is thoroughly divided in two: while anonymous workers conduct their endless drudgery below ground their rulers enjoy a decadent life of leisure and luxury. When Freder (Gustav Fröhlich) ventures into the depths in search of the beautiful Maria (Brigitte Helm in her debut role), plans of rebellion are revealed and a Maria-replica robot is programmed by mad inventor Rotwang (Rudolf Klein-Rogge) and master of Metropolis Joh Fredersen (Alfred Abel) to incite the workers into a self-destructive riot.

A “Holy Grail” among film finds, Metropolis is presented here in a newly reconstructed and restored version, as lavish and spectacular as ever thanks to the painstaking archival work of the Friedrich-Wilhelm-Murnau-Stiftung and the discovery of 25 minutes of footage previously thought lost to the world. Lang’s enduring epic can finally be seen – for the first time in 83 years – as the director originally intended, and as seen by German cinema-goers in 1927. 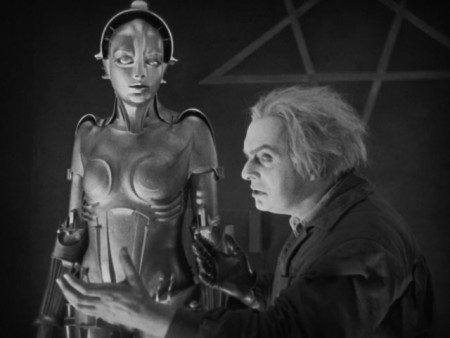