Paramount Home Entertainment has announced the March 6, 2012 Blu-ray debut of Hitchcock’s classic thriller To Catch a Thief at an SRP of $15.99 US/$17.99 Canada. The new Blu-ray features more than 90-minutes of features including a discussion with Hitchcock’s descendents, a look at how censorship shaped the film, and expert commentaries. 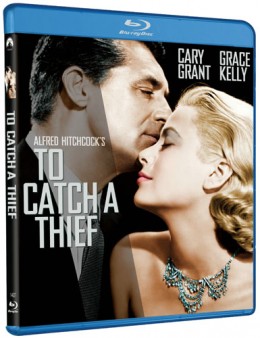 To Catch a Thief garnered three Academy Award® nominations and won the Oscar® for Best Cinematography, Color.  Starring Cary Grant as John Robie, a reformed cat burglar, and  Grace Kelly as an heiress with whom he becomes romantically entangled, the film takes place on the opulent French Riviera as Robie tries to uncover the identity of a jewel thief and prove his own innocence.