Universal is hosting special launch events in New York City to coincide with the release of The Big Lebowski Limited Edition Blu-ray and actor Jeff Bridges’ self-titled album on August 16, 2011. The events include a bowling party at the Chelsea Piers and a specific Blu-ray Launch Party at the famed Hammerstein Ballroom that will include a Q&A with Jeff Bridges, John Goodman, Steve Buscemi, Julianne Moore + T Bone Burnett as well as a screening of the film and other festivities. See below for ticket pricing, dates, and further information.

The evening will include a special Q & A with Jeff Bridges, John Goodman, Steve Buscemi,  Julianne Moore + T Bone Burnett as well as a screening of the film and other festivities.

2011 marks 10 years of beautiful tradition with Lebowski Fest and Universal Studios Home Entertainment has teamed up to bring the Achievers the pop-culture event of the century! This limited seating event at the historic Hammerstein Ballroom will be the ultimate celebration of all things Lebowski.

Tickets are very limited and will go on sale very soon. Mark it 10! 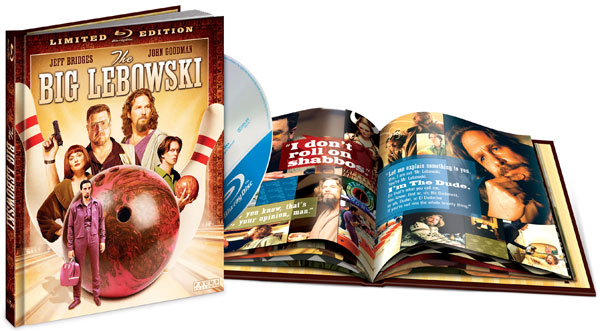