Les Claypool and Larry LaLonde talk about Sailing the Seas of Cheese in Dolby TrueHD 5.1 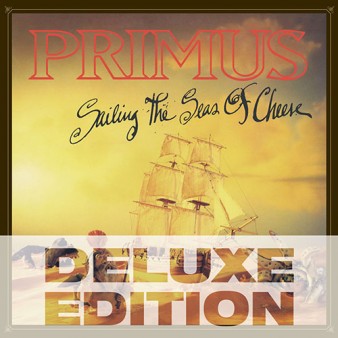 Unfortunately Primus fans, for those of you who have been chomping at the bit for the long awaited Deluxe Edition Blu-ray/CD release of their classic Sailing the Seas of Cheese release, which will contain an all new 2013 stereo mix of the album overseen by Les Claypool himself, and a high-resolution, Dolby TrueHD 5.1 remix of the album as well, we have received word that the release has now been delayed until June 11, 2013. You’ll have to wait just a little while longer, but never mind, we have a little teaser to hold you over.  Below, you can see an exclusive 5-minute clip from Dolby featuring Les Claypool and Larry LaLonde talking about the album in Dolby TrueHD 5.1, plus we have a full rebroadcast of the the hour-long full live webcast event and panel featuring clips from the Blu-ray with discussion from Claypool and LaLonde and a studio audience Q & A. See below!

Les Claypool and Larry LaLonde talk about Sailing the Seas of Cheese in Dolby TrueHD 5.1 from Dolby Laboratories on Vimeo.

Les Claypool and Larry LaLonde of Primus at TRI Studios from Dolby Laboratories on Vimeo.