Lord of the Rings Films Finally Heading to Blu-ray

Yesterday, online retailer Amazon quietly began taking pre-orders for The Lord of the Rings Trilogy on Blu-ray Disc. The films have long been known to be heading to Blu-ray ever since Warner stealthily announced them in inserts in certain Blu-ray releases last year, but no release date was ever announced — and none is available yet. 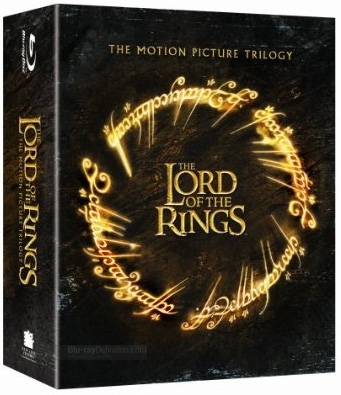 The bad news is, the release is of the Theatrical Editions, which means that fans waiting on the Extended Editions of The Lord of The Rings Trilogy from New Line will have to wait a bit longer, probably until around the 2011 release of The Hobbit. Until then, The Lord of the Rings Trilogy can be had for an SRP of $99.99 and the current Amazon.com price is $69.99.

Purchase The Lord of the Rings: The Motion Picture Trilogy (Theatrical Editions) [Blu-ray] on Amazon.com