I Love Lucy, Andy Griffith Show, and The Honeymooners Head to Blu-ray

Spring is finally in the air and beloved classic TV comedies are finally arriving on Blu-ray. I Love Lucy — Ultimate Season One, The Andy Griffith Show — Season One, and The Honeymooners ‘Classic 39’ Episodes are all being released in fully restored and remastered high definition Blu-ray edition May from CBS Home Entertainment and Paramount Home Media Distribution. See below for more details.

I Love Lucy – Ultimate Season One, The Andy Griffith Show – Season One and The Honeymooners – ‘Classic 39’ Episodes
Blu-ray™ Collections Arrive May 6, 2014

Three of television’s most beloved classic comedies will arrive looking better than ever when I LOVE LUCY – ULTIMATE SEASON ONE, THE ANDY GRIFFITH SHOW – SEASON ONE and THE HONEYMOONERS – “CLASSIC 39” EPISODES make their Blu-ray Disc debut May 6th from CBS Home Entertainment and Paramount Home Media Distribution. All three shows are finally available in high-definition with image quality never seen before. Specifically, every episode has been transferred from the original camera negative, producing crisp details, and rich sharp blacks.

I LOVE LUCY – ULTIMATE SEASON ONE 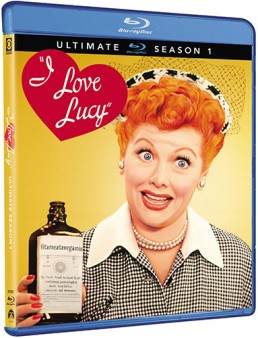 I LOVE LUCY – ULTIMATE SEASON ONE brings to Blu-ray the hilarious first episodes of the groundbreaking series starring Lucille Ball and Desi Arnaz. Alongside such classics as the “Lucy Does a TV Commercial” episode selling Vitameatavegamin are never-before seen treats, including Lucy and Desi’s makeup and wardrobe tests where the off-screen couple are filmed together just days before full-scale production began. Also included is the pilot episode, re-mastered from its recently discovered original 35mm negative.  Along with radio broadcasts, on-set color home movies and backstage photos, the collection features some of the series’ most beloved episodes, including “The Ballet,” “Pioneer Women” and “The Freezer.” 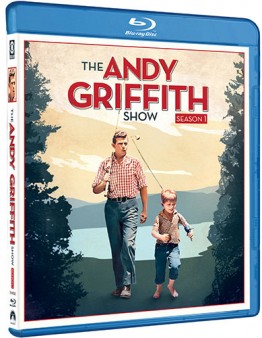 All 32 episodes of the first season of THE ANDY GRIFFITH SHOW have been restored in sparkling high definition, with original sponsor openings and closings. Starring Andy Griffith, Ron Howard, Don Knotts and Frances Bavier, the beloved series about small-town America includes rare special features, including color on-set home movies shot by Ron Howard’s father Rance, Edward R. Murrow’s insightful interview of Andy Griffith on Person to Person in 1957 and a new HD transfer of the Return to Mayberry television movie. 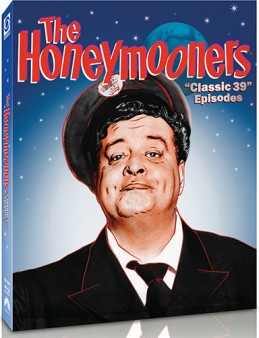 Also brilliantly re-mastered in high-definition, THE HONEYMOONERS – “CLASSIC 39” EPISODES BLU-RAY collection contains full-length episodes of the iconic series, starring the one and only Jackie Gleason, Art Carney, Audrey Meadows and Joyce Randolph. Special features include a never-before-released, hour-long musical The Honeymooners: The Adoption from 1966; a memorable 1984 “60 Minutes” profile of Jackie Gleason; both The Honeymooners Anniversary Special (1990) and The Honeymooners 50th Anniversary Celebration (2002) Jackie Gleason interviewing a Queens bus driver as guest host for Edward R. Murrow on Person to Person; and original openings, closings and cast commercials.