Magnolia Coming to Blu-ray in Early 2010

New Line has announced they will be bringing the Paul Thomas Anderson classic, Magnolia, to Blu-ray Disc on January 19, 2010. Nominated for two Academy Awards© and winner of a Golden Globe© for Best Supporting Actor (Tom Cruise), the 1999 film features a cast of heavyweight actors like Julianne Moore, John C. Reilly, Philip Seymour Hoffman, William H. Macy, and the aforementioned Cruise. 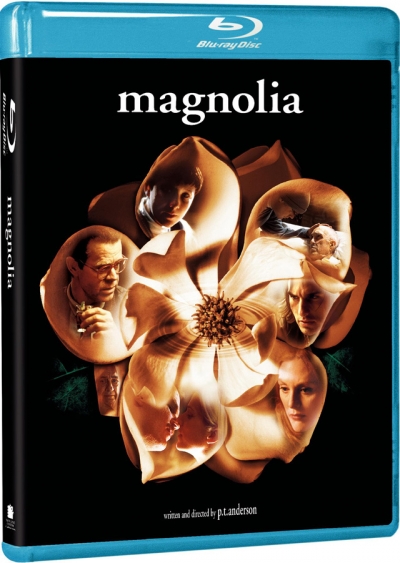 Strange things happen all the time.”Like a suicide turned homicide by a quirk of timing. A motivational speaker motivated by rage. A quiz kid rendered stupid by a lightning strike. Strange things like dying badly, living worse, finding redemption – or like the lives of disparate, desperate people unexpectedly interlocking on one astonishing day. Writer-director Paul Thomas Anderson, who would later show his mastery of the decades-spanning epic with There Will Be Blood, here guides a superb ensemble cast and turns the events of a single day into epic filmmaking.
Special features include:

Magnolia on Blu-ray Disc will sell for a Suggested Retail Price of $28.99