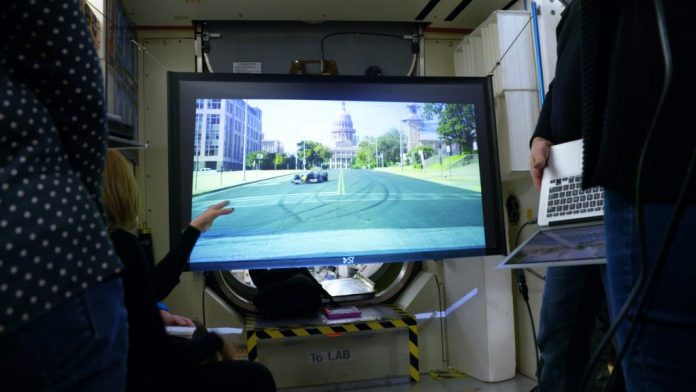 Screen Innovations (SI), an Austin, Texas-based company that designs and manufactures advanced projection screens has been selected by the National Aeronautics and Space Administration (NASA) to provide the very first projection screen to be housed in the International Space Station (ISS). SI created the ISS ViewScreen that measures 65 inches (diagonal), is ambient-light-rejecting and zero-gravity compliant. The ISS ViewScreen replaces the 13-inch tablets currently used by the ISS crew members, and will facilitate visual communication and training/simulation exercises. Ryan Gustafson, SI’s chief designer, president, and CEO summarizes his NASA experience as “a dream come true!…It’s safe to say that SI has once again gone where no other screen company has gone before.” 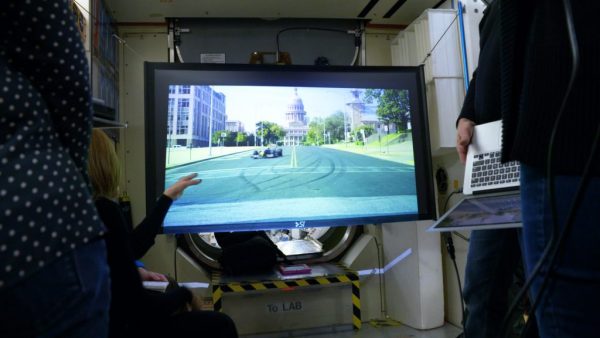 The challenge of constructing a screen that was portable, easy to store and to set up in any module of the ISS required eight months of engineering effort. To save space when stored, the ISS Viewscreen collapses to the size of a standard mailing tube. Using SI’s proprietary ambient-light-rejecting Slate® screen material allows the projector’s original contrast ratios to be maintained.Following the April 14, 2015 launch of the ISS ViewScreen aboard the SpaceX 6 rocket, Gustafson remarked: “Space—it’s the ultimate environment.  If we can put a screen there, we can put a screen anywhere on Earth.” For more of the story about the development of this unique projection screen, you can visit www.screeninnovations.com/space.