Panasonic announced this week that they have added the ability to stream high definition video from Amazon’s Video on Demand service to its full line of 2009 Viera Cast-enabled Blu-ray Disc players. Current owners of Panasonic’s 2009 Blu-ray Disc players automatically received a free software update on August 4th and can begin enjoying the service immediately after registering their Viera Cast Blu-ray Disc Player with Amazon Video On Demand through Amazon’s Amazon.com/mytv website.

The Amazon Video on Demand on Viera Cast service requires customers’ Blu-ray Disc players have a broadband internet connection. It will allow users to browse and shop for TV shows and movies from a catalogue of over 45,000 commercial-free titles, including over 1,000 titles in high definition. There are no subscription fees or waiting for downloads and playback begins within seconds, streaming directly to the Viera Cast-enabled players. 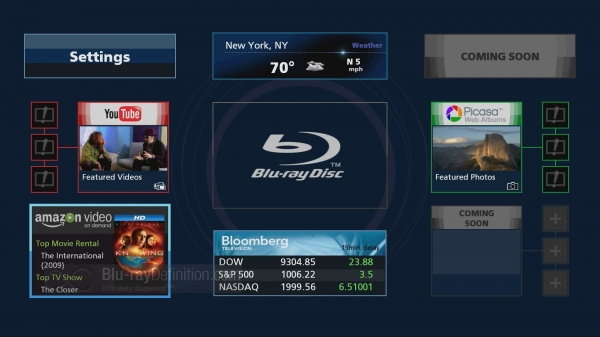 Customers will also have access to a virtual library through Amazon Video on Demand’s Your Video Library and they will be able to access their libraries on any of Panasonic’s Viera Cast-enabled devices or online through a Mac or PC.

Panasonic Viera Cast-enabled Blu-ray players include the DMP-BD60, BD70V, BD80, and BD15. These Viera Cast models are already enabled with access to other streaming internet media features such as YouTube, Picasa, Bloomberg Financial services and The Weather Channel.