Paramount Home Entertainment has dated and detailed the home video release of Paranormal Activity 2, set to arrive in a Blu-ray Combo Pack (Blu-ray + DVD + Digital Copy) on February 8 at a suggested retail price of $29.99 U.S. (Blu-ray/DVD Combo) and $19.99 for the DVD also being released the same date. 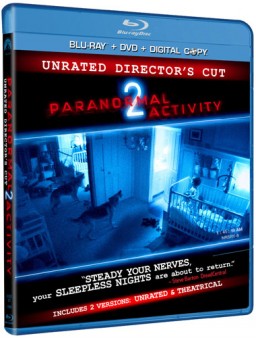