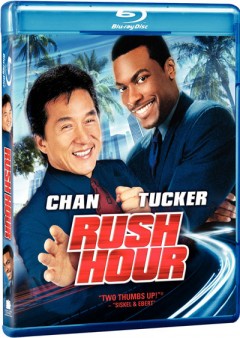 to Blu-ray on December 7, 2010 at a suggested retail price of $24.98. The Blu-ray will feature a high definition 1080p 2.40:1 encoding, English DTS-HD Master Audio 7.1 sound in addition to Castilian and Latin American Spanish Dolby Digital 5.1 with English SDH and Spanish subtitles.