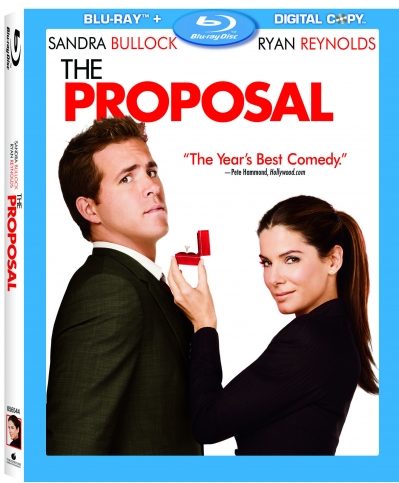 The Sandra Bullock and Ryan Reynolds romantic comedy from director Anne Fletcher (27 Dresses), The Proposal, about a hard-nosed executive (Bullock) who talks her overworked assistant (Reynolds) into a marriage of convenience will be arriving on Blu-ray day-and-date with the DVD on October 20, 2009 from Buena Vista Home Entertainment. The Proposal is available in Two-Disc Blu-ray and DVD editions, as well as Single-Disc DVD and Blu-ray editions. Bonus features include filmmaker commentary, bloopers and an alternate ending. Both Two-Disc DVD and Blu-ray versions also include a Digital Copy of the movie that can be viewed on an array of electronic devices.

Bonus Features for The Proposal: