Scott Pilgrim Vs. The World Dated and Detailed 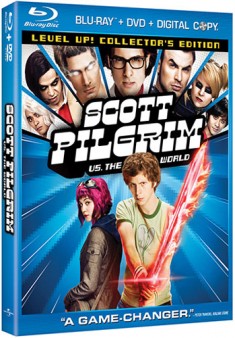 Special features exclusive to the Blu-ray release include:

Special Features available on both the Blu-ray Combo Pack and DVD release: