Warner has announced they will be releasing a 30th Anniversary Blu-ray Edition of the sports comedy classic Caddyshack on June 8, 2010. The film that the studio bills as “The greatest golf movie ever” features an all-star comedic cast that includes names like Bill Murray, Chevy Chase, Ted Knight, and Rodney Dangerfield. 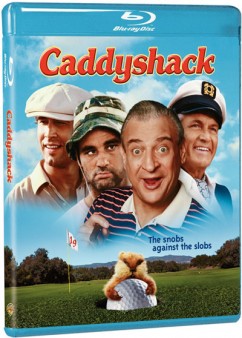 Full specifications are not known at this time, but bonus features will include:

The 30th Anniversary Edition of Caddyshack on Blu-ray will sell for an SRP of $24.98.